Year Ender 2019: From Shruti Hasaan's break up to Dia Mirza's divorce, here are some of the biggest splits that left fans shocked

They say not every book is supposed to be read cover to cover but that doesn’t mean the book is bad and the same was the case with some of the celebrities including Shruti Hasaan, Dia Mirza, Arunoday Singh and others who experienced rough patches beyond repair in their relationships. While some bid farewell on a friendly note, some breaks saw an ugly turn which even made fans cringe. Also Read - Dia Mirza in Rs 4,68,000 Lehenga Twirls Her Way Into The Hearts of Fans - See Pics

Shruti Haasan and Michael Corsale Also Read - Gajra, Kajal, And Lots of Love - How Dia Mirza Got Ready For Her Wedding | Video 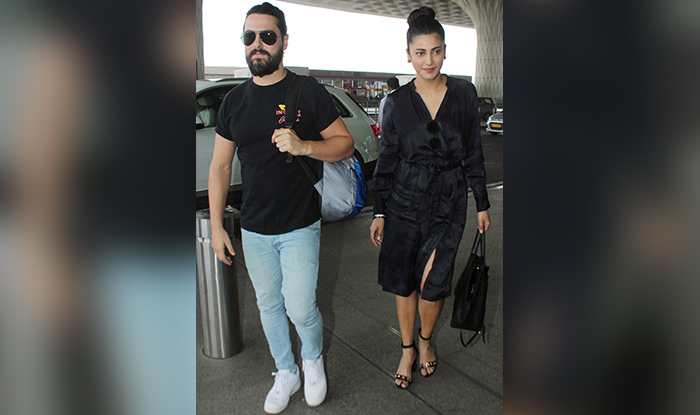 Dating for a couple of years before they went public about their relationship on Instagram, in 2016, South Indian sensation Shruti Haasan and beau Michael Corsale reportedly split in April. Tweeting about their breakup, Michael Corsale had shared a picture with a note that read, “Life has just kept us on opposite sides of the globe unfortunately and so we have to walk solo paths it seems. But this young lady will always be my best mate. So grateful to always have her as a friend. Luv ya gal (sic).” Earlier, the duo had shuttled between Los Angeles, Mumbai and Chennai to hang out with each other. 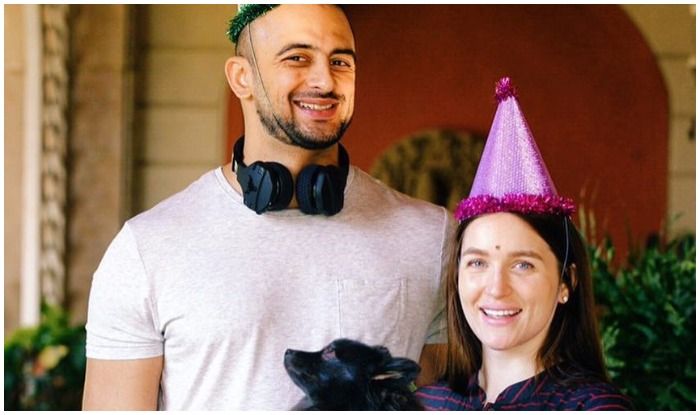 All that glitters is not gold and while the excessively romantic poetry posts of actor Arunoday Singh would leave fans dreaming about his perfect married life, seems like all was not well in the kingdom. In an Instagram post on May 10, the Aisha star spilled beans about his divorce with Canadian wife Lee Elton, leaving fans shell-shocked. Arunoday tied the knot with his longtime girlfriend, Lee, in December 2016, in a royal Hindu ceremony at Bhopal, Madhya Pradesh. The two started dating after they met in Goa, where Lee owned a restaurant. Lee reportedly runs a garden restaurant in Goa and shuffles between it and Mumbai. 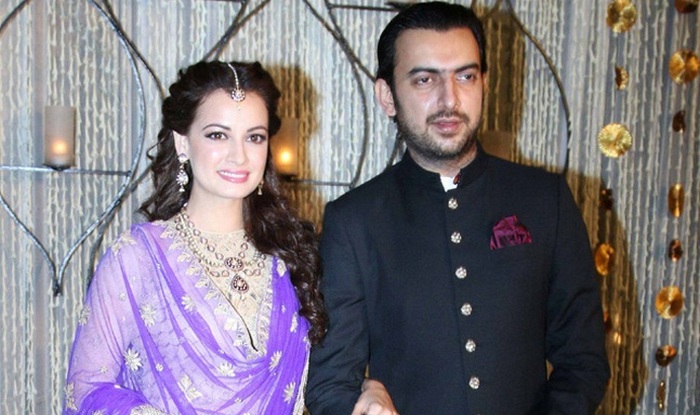 Actor-producer Dia Mirza and Sahil Sangha shared a post on social media on August 1 to announce their decision of mutual separation after five years of their marriage. Dia tied the knot with her long-time boyfriend Sahil on October 18, 2014. However, after 11 years of knowing each other, they decided to part ways friendly and peacefully. “We remain friends and will continue to be there for each other with love and respect. While our journeys may lead us down different paths, we are forever grateful for the bond that we share with each other,” Dia had posted on social media. 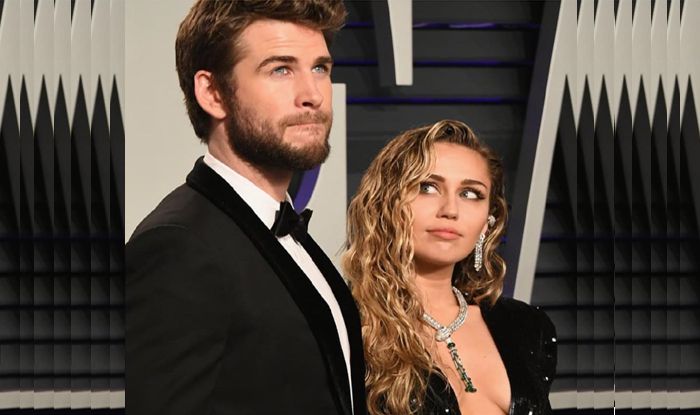 International pop star Miley Cyrus and her husband Liam Hemsworth announced a split after eight months of the wedding. The news was revealed by Miley’s representative who released a statement saying both Miley and Liam needed to focus on themselves and their respective careers. The statement added that the couple will, however, continue to co-parent their pets. Miley and Liam have always been in an on-and-off relationship. They first met on the sets of Nicholas Sparks film adaptation, The Last Song, in the year 2010 and fell in love with each other. In June 2012, the reports of their engagement circulated. However, in September 2013, they called it off. Later, in the year 2016, reports suggested that they were engaged once again. Miley herself confirmed the news of her engagement on the Ellen DeGeneres Show in October 2016. Last year, in October 2018, the two stars got married at their home in Franklin Tennessee. 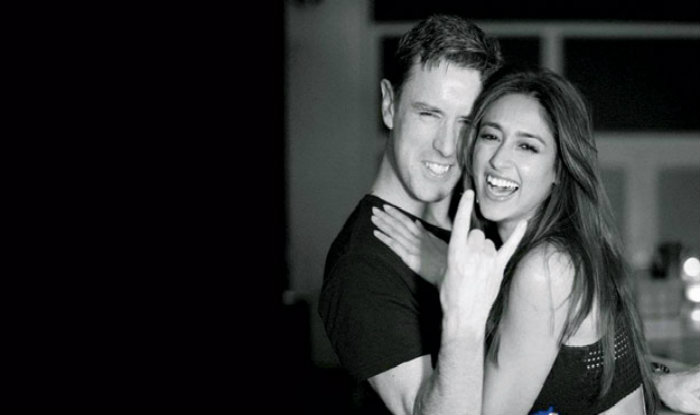 All true blue fans of Pagalpanti star Ileana D’Cruz have often swooned over her pictures clicked by photographer-boyfriend Andrew Kneebone and while one couldn’t stop gushing about their chemistry, the diva herself was often found pondering in the captions about his unconditional love for her. Hence, it did came as a shock for fans when the lovebirds called it quits in August and maintained a silence over the same after unfollowing each other on Instagram. Ileana and Andrew were in a relationship for years and Ileana had even addressed Andrew as “best hubby ever” on an Instagram post earlier, although it was never confirmed whether the two were married or not. 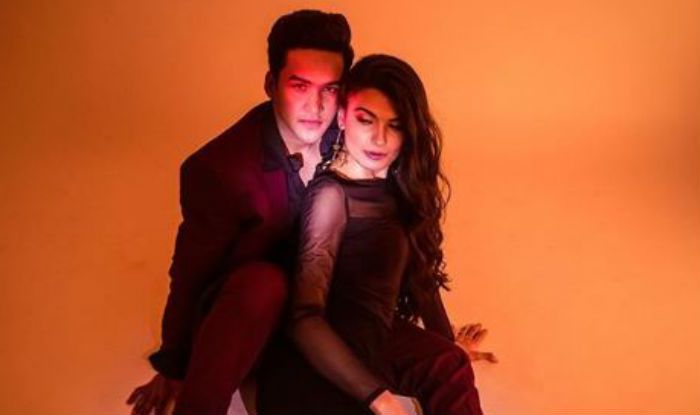 Nach Baliye 9’s youngest couple Faisal Khan and Muskaan Kataria, who had to leave the show following former’s injury on the sets of his show Chandragupta Maurya, are no longer together. While Muskaan accused Faisal of infidelity, the choreographer refuted the claim and accused her of being with him for money. The duo’s breakup was definately an ugly one. The couple had dated for two years and the rumours of their breakup were doing rounds before Nach Baliye 9. 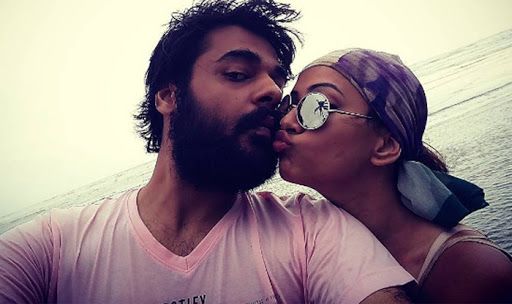 Actor Shweta Basu Prasad, who tied the knot with her longtime beau Rohit Mittal in December 2018, called it quits ahead of their first wedding anniversary. Taking to Instagram, she announced that she was separating from her husband and that they are no longer together. In the post, she wrote, “Hi everyone, Rohit Mittal and I have mutually decided to part our ways and end our marriage. After months of contemplation, we arrived at this decision a few months ago in each other’s best interest, as individuals.” Shweta and Rohit had dated each other for more than four years before getting married. Reportedly, it was Shweta herself who proposed to Rohit.