The weekend is thumping with Bollywood’s sensational rapper Badshah‘s latest party track “Paagal” and rooting for her Khandaani Shafakhana co-star, actress Sonakshi Sinha decided to grind at the gym while jamming to the viral song. Her efforts not only won accolades from the rapper-actor but also from industry friends Rhea Kapoor, Maniesh Paul, Kunal Khemu and Shibani Dandekar, all of whom ended up cheering for her. Also Read - Shibani Dandekar Looks Absolutely Hot In This Blue Bikini Avatar, Boyfriend Farhan Akthar Sends Love

In the video that Sonakshi shared on her Instagram handle, the Dabangg 3 star can be seen donning an all black athleisure wear as she effortlessly skipped the rope in different ways and at high speed, in tandem with Badshah’s song playing in the background at the gym. She captioned the post as, “Skippin” that lazy sunday vibe today… you? how u like my new gym jam @badboyshah?” (sic). The post instantly collected over 1.1 million views and is still going strong. While Rhea commented, “Go Sona!” (sic), host Maniesh teased, “You HAVE to see me do skipping!!!’ @asli” (sic) and Badshah left hearts and fire emojis in the comments section. Kunal’s witty comment read, “Yeh ladki Sona hai Sona” (sic), Shibani cheered, “get it girl!!” and Anshula Kapoor too left fire emojis. Also Read - Nora Fatehi in Metallic Thigh-High Slit Gown Burns The Internet

“Skippin” that lazy sunday vibe today… you? 👊🏼 how u like my new gym jam @badboyshah? 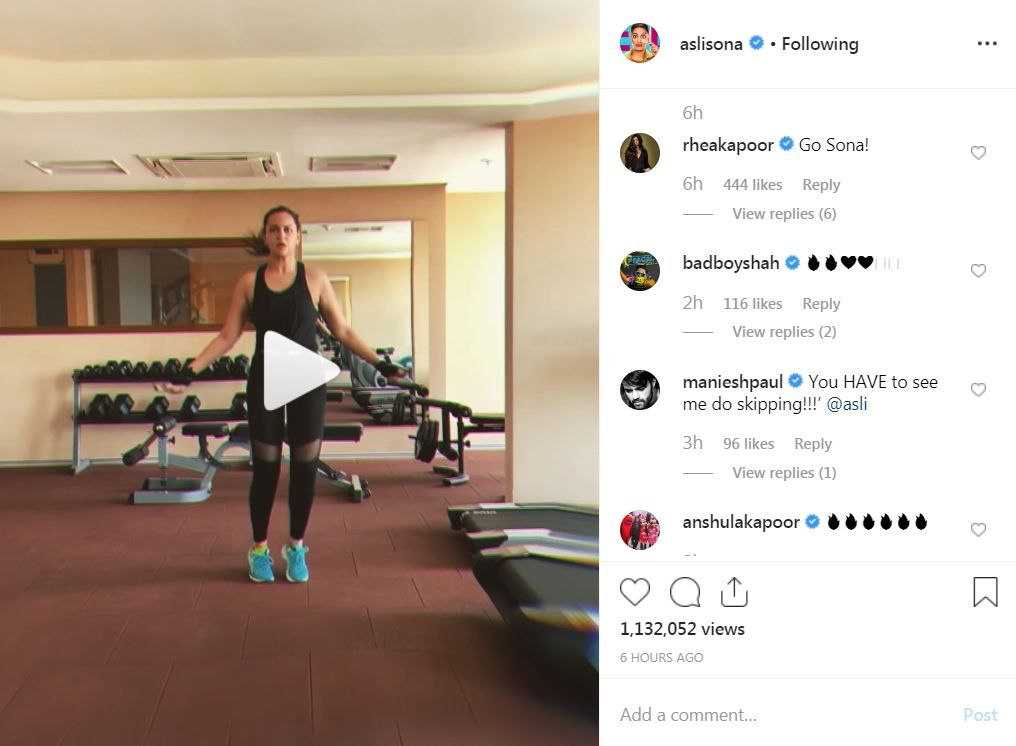