Aanand L Rai’s directorial, Zero, starring Shah Rukh Khan, Katrina Kaif and Anushka Sharma in the lead, is one of the most anticipated films of the year. It’s slated for release during Christmas this year. While two teaser videos of the film are already out, the audience will have to wait a little longer for the trailer. Also Read - Anushka Sharma-Virat Kohli's Latest Trek Story From Bhutan's Village Will Leave Your Heart Fully Warmed

In his recent interview with DNA, Rai revealed that he’s happy to see how Zero is turning out into a beautiful film. He also mentioned the trailer release date of the film and said, “We’ll come out with Zero’s trailer on November 2, Khan saab’s birthday. The shooting has been completed and the post-production is underway, as per the schedule. It’s amazing how technology can add to telling a story like Zero. The film is turning out wonderfully. I look forward to sharing it when it’s ready”. Also Read - Karisma Kapoor Sizzles in Jumpsuit With Plunging Neckline at Delhi Party, Fans go Gaga Over Viral Pictures

In the film, SRK plays the character of a little man, who’s an ardent fan of an actress. Katrina is said to be playing the character of that actress, who’s also an alcoholic. Anushka, on the other hand, is expected to play the role of a scientist. Also Read - Dubai's Burj Khalifa Light's up to Wish Shah Rukh Khan on 54th Birthday, Viral Video Will Make Your Jaws Drop in Awe 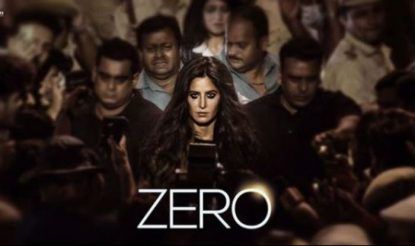 The film also features Salman Khan in a special appearance. In fact, a glimpse of the actor from a song in the film was revealed on Eid, earlier this year. 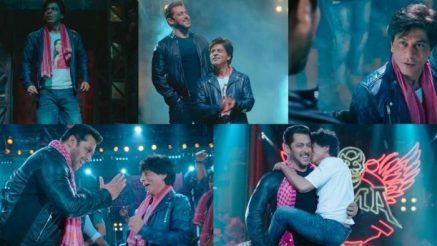 Salman Khan and Shah Rukh Khan in stills from Zero

Talking about his experience of working with King Khan, Rai has maintained that he never felt like he’s working with a superstar and that SRK was more like a younger brother to him on the sets. He said in a statement, “The fan moment was there for the first two days. He brushed it off quite soon. After that, I found a brother in him”.