Actress Sonali Bendre, who is famous for her roles in films like Hum Saath Saath Hain, Sarfarosh, Kal Ho Na Ho, recently took to the micro-blogging site to release a statement stating that she has been diagnosed with cancer, informing her friends, colleagues and fans. Reportedly, the actress is currently undergoing treatment in New York. Soon after the actress shared the news on her social media handles, love and boatload of well-wishes for a speedy recovery started pouring in from her friends, fans and colleagues. On Thursday, Sonali responded to some of the heartfelt wishes from fellow b-towners. From Ranveer Singh, Anil Kapoor, Shilpa Shetty, Karisma Kapoor to Kajol, Dia Mirza came together to wish Bendre a speedy recovery, while the actress took some time off to reply individually to all the messages. Take a look: Also Read - Here's Advice Sonali Bendre Would Give to Her 20-Year-Old Self 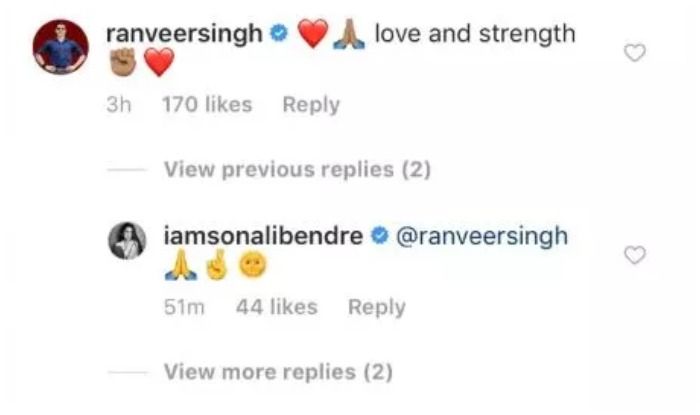 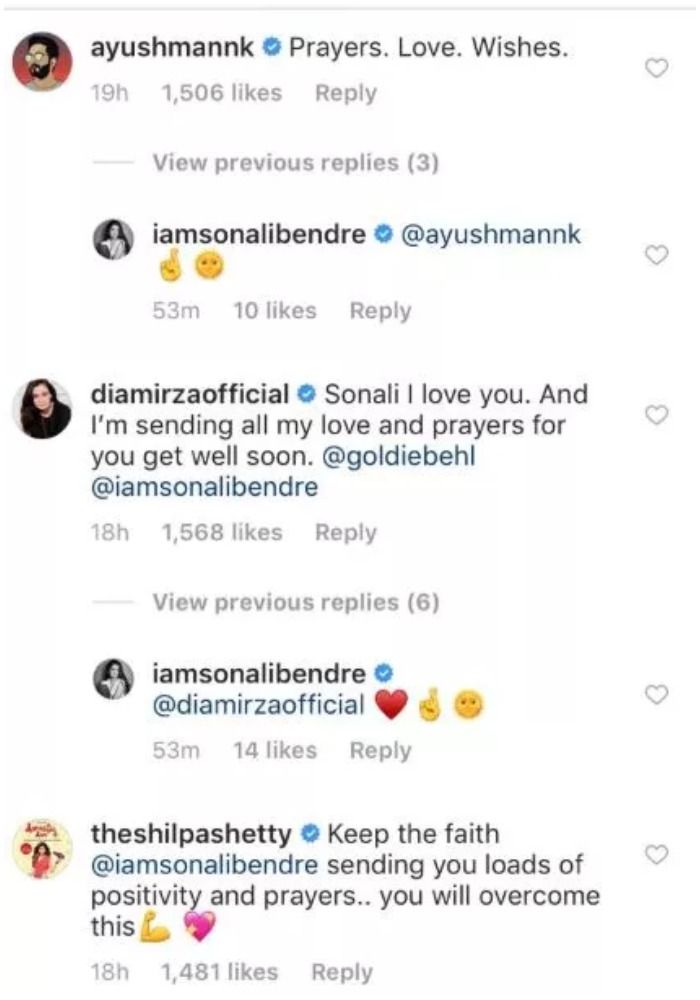 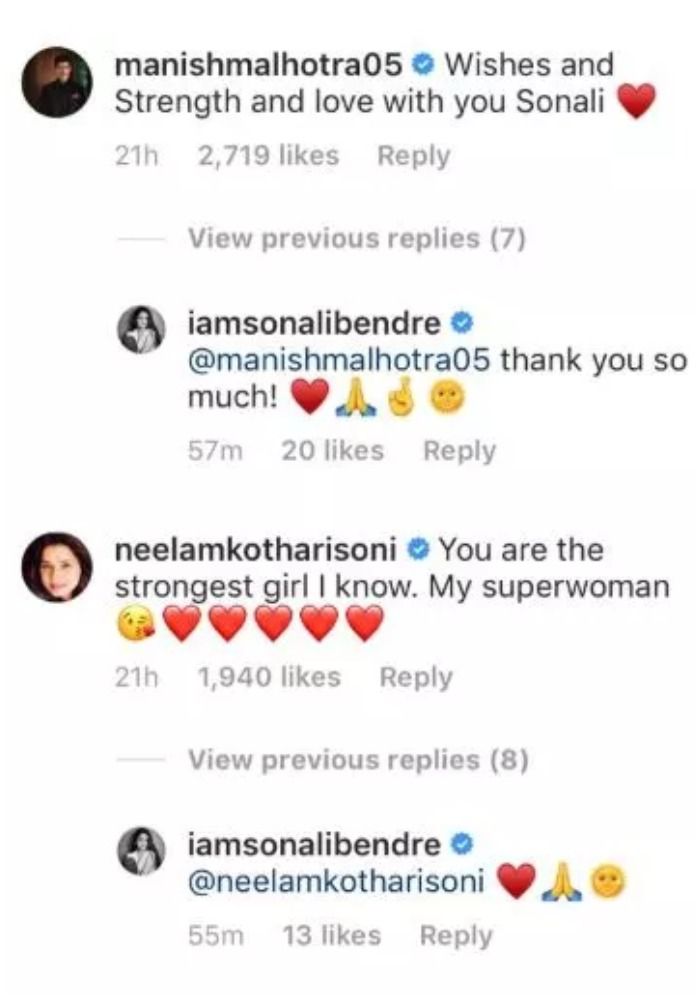 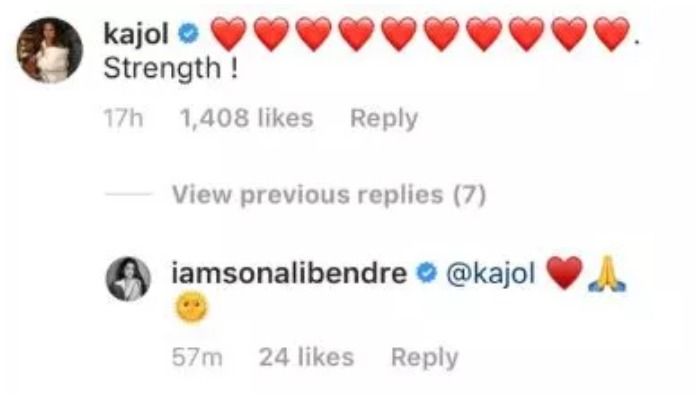 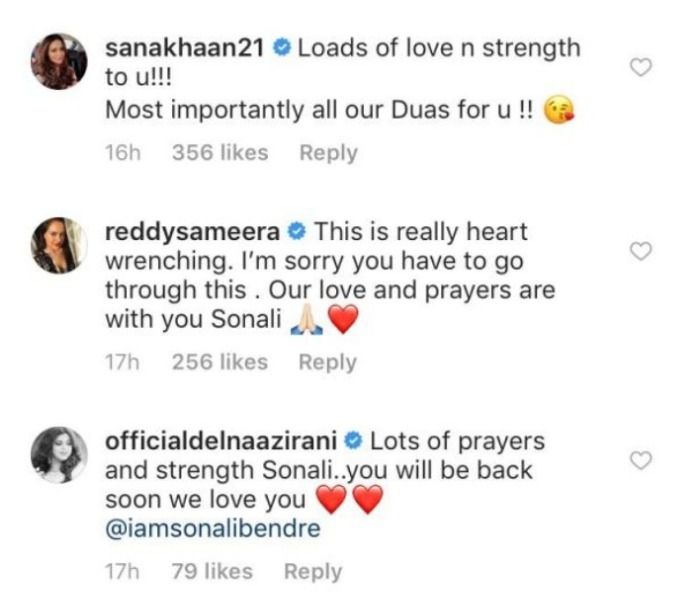 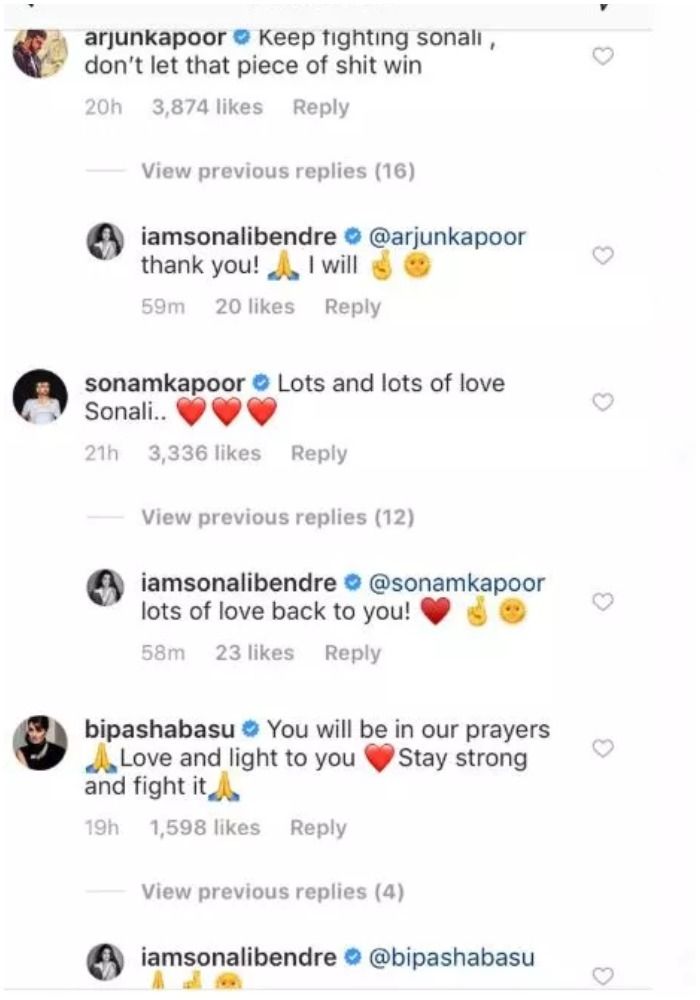 Just yesterday, the actress wrote on Twitter, “Sometimes when you least expect it, life throws you a curveball. I have recently been diagnosed with high-grade cancer that has metastasized, which we frankly did not see coming. A niggling pain led to some tests, which led to this unexpected diagnosis. My family and close friends have rallied around me, providing the best support system that anyone can ask for. I am very blessed and thankful for each of them.” Also Read - Sussanne Khan-Sonali Bendre Take Best Friends Goals a Notch Higher With Their Sizzling Photoshoot

The statement further read, “There is no better way to tackle this than to take swift and immediate action. And so, as advised by my doctors, I am currently undergoing a course of treatment in New York. We remain optimistic and I am determined to fight every step of the way. What has helped has been the immense outpouring of love and support I’ve received over the past few days, for which I am very grateful. I’m taking this battle head-on, knowing I have the strength of my family and friends behind me.”

On the personal front, the actress tied the knot with filmmaker Goldie Behl in the year 2002 and the couple has a son named Ranveer (born in 2005). On the professional front, Sonali stepped down from judging a reality TV show ‘India’s Best Dramebaaz’; actress Huma Qureshi stepped into her shoes. Sonali is also known to be an avid reader. Watch this space for further updates.