We wish the actress a speedy recovery.

Bollywood actress Sonali Bendre, who is known for her roles in films like Hum Saath Saath Hain, Sarfarosh, Kal Ho Na Ho, has been diagnosed with cancer. Just yesterday, the actress, who is currently undergoing treatment in New York, took to the micro-blogging site to release a statement, which read, “Sometimes when you least expect it, life throws you a curveball. I have recently been diagnosed with high-grade cancer that has metastasized, which we frankly did not see coming. A niggling pain led to some tests, which led to this unexpected diagnosis. My family and close friends have rallied around me, providing the best support system that anyone can ask for. I am very blessed and thankful for each of them.”Also Read - Hina Khan is Unbelievably Humble, And Mouni Roy is a Sweetheart: Mamta Handa Opens up on Her Chat Show Be You-Ghar Ki Baat | Exclusive

The actress further added, “There is no better way to tackle this than to take swift and immediate action. And so, as advised by my doctors, I am currently undergoing a course of treatment in New York. We remain optimistic and I am determined to fight every step of the way. What has helped has been the immense outpouring of love and support I’ve received over the past few days, for which I am very grateful. I’m taking this battle head-on, knowing I have the strength of my family and friends behind me.” Also Read - Pavitra Rishta 2: Ekta Kapoor Takes Bappa's Blessings, Hints At Premiere Date | Watch

Soon after the actress shared the news on her social media handles, love and boatload of well-wishes for a speedy recovery started pouring in from her friends, fans and colleagues. After Bollywood friends, Television actors too came together to wish Bendre a speedy recovery. From Hina Khan, Karan Wahi to Karanvir Bohra and Rashmi Desai, take a look at these tweets. Also Read - Bade Acche Lagte Hai 2 Promo Released: Nakuul Mehta-Disha Parmar Turn Ram-Priya For a Love Story That Knows No Boundaries 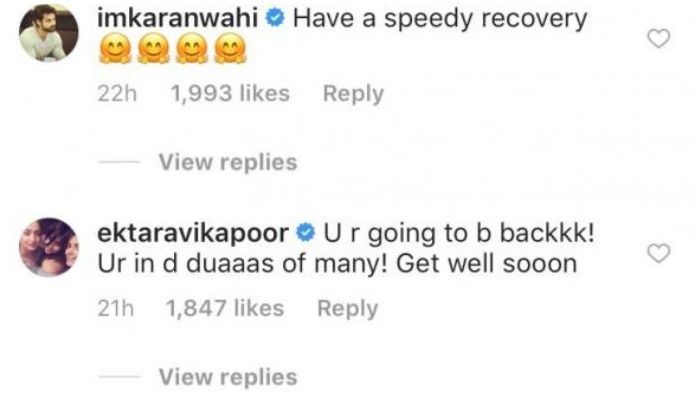 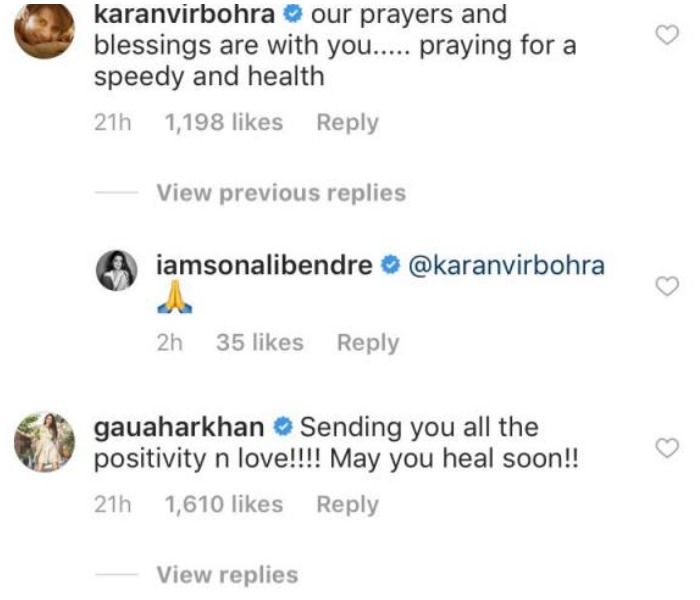 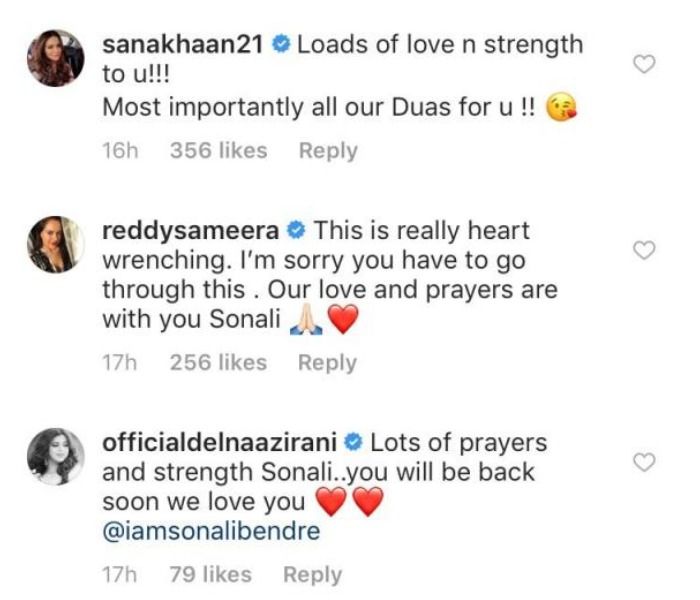 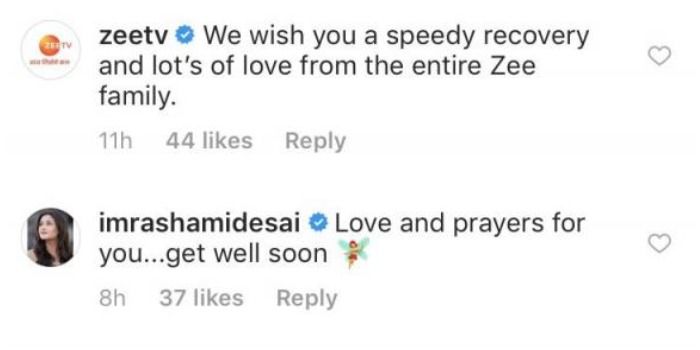 On the personal front, the actress tied the knot with filmmaker Goldie Behl in the year 2002 and the couple has a son named Ranveer (born in 2005). On the professional front, Sonali stepped down from judging a reality TV show ‘India’s Best Dramebaaz’; actress Huma Qureshi stepped into her shoes. Sonali is also known to be an avid reader. Watch this space for further updates.