Boman Irani: Popularity comes with work, not via social media

In a chat as freewheeling as he considers his "social media interactions" to be, the versatile actor opened up about his networking skills -- a skill, one must admit, has become an indispensable part of all actors' life. 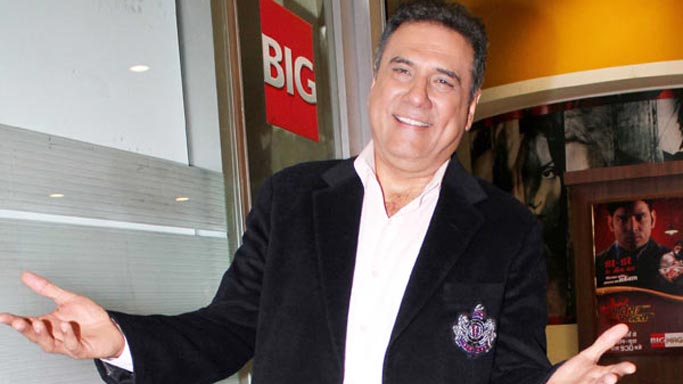 New Delhi, Feb 27 :  He has ‘followers’ galore–over 2,300,000 on Twitter and almost 42,000 on Facebook. But Bollywood’s endearing actor Boman Irani says that while social media presence is vital, it’s not a “yardstick” for an artiste’s popularity. “I genuinely believe that popularity comes as a result of one’s work. I have never felt the need to be active on social media to stay popular. If it was so, I would be far more regular and regimental in the way I post (online),” the 55-year-old told IANS over phone from Mumbai. (Read: PK is special for Boman Irani despite small role) Also Read - Facebook Messenger, Instagram Postpone Encryption Of Messages To 2023. Details Here.

In a chat as freewheeling as he considers his “social media interactions” to be, the versatile actor opened up about his networking skills — a skill, one must admit, has become an indispensable part of all actors’ life. Also Read - Instagram to Use Video Selfies For Identity Verification: Report

“I don’t write about my every step and move. It’s not a compulsion to stay connected, but I don’t consider it a duty. I tweet when I wish and when I feel like,” said the actor, who uses the medium not just to share updates on his projects, but also “slice-of-life” moments from his everyday life, apart from sharing glimpses of his photography skills.

One thing he steers clear from is sarcasm.

“Sarcasm doesn’t work for me. People don’t read between the lines,” said Boman, whose comic timing in movies like “Main Hoon Na”, “Lage Raho Munna Bhai”, “Khosla Ka Ghosla” and “3 Idiots”, as well as at live events, has been appreciated by Hindi film audiences over the years.

Nevertheless, Boman says people must not cringe from sharing strong opinions on such platforms as long as it’s made “well and in a prudent” manner. Has he ever faced brickbats on social media?

“People have generally been nice to me, they haven’t been tough on me. I do get a ‘Bakwaas picture’ kind of a comment, or a ‘Maybe you could have done better’. So, I listen. I don’t have to agree to them, but I do take feedback seriously,” he added. Here are five tips from Boman on tweeting right:

* Be articulate and different.
* Make people value your opinion.
* Give your tweet an honest spin.
* Never state the obvious.
* Make sure you use your words well.