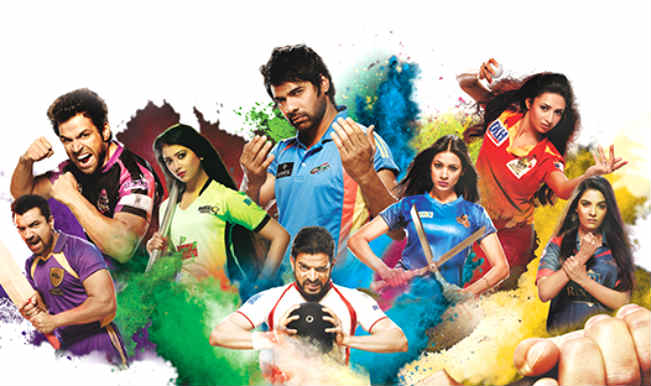 Move over musical, acting, dare-devil realty shows for Box Cricket League (BCL), the first-ever sports reality show is here! Cricket in any form brings in the glittering festivities at any time of the year. But the cricket becomes all the merrier when combined with entertainment; yes that has been the funda of modern day cricket. And going one step ahead is Box Cricket League, the fusion of Cricket with masaledaar entertainment is organized by Arora brothers’ Marinating Films and co-produced by Ekta Kapoor. The match would be telecast on Sony on Sundays at 7.30 pm IST. Also Read - Ankita Bhargave Shares Unseen Montage Photos From Her Wedding, Karan Patel Jokes 'How Mean'

So if you see you favourite Jodi Raman and Ishita fighting for the Box Cricket League title, do not be surprised for they are part of rival sides – Divyanka Tripathi aka Ishita is playing for Kolkata Baabu Moshayes while Karan Patel aka Raman Bhalla is leading the Jaipur Raj Joshiley. The list does not end with their rivalry for the Box Cricket League has amassed all the big names of the small screen. Twice World Cup winner Sreesanth is the brand ambassador of Ahmadabad Express.

The sports reality show presenting your favourite stars both male and female players, the 10 Overs cricket tournament reality show Box Cricket League appears to be one exciting affair. Take a look at the eight teams and their hottest celebrities divided into two groups – Pool A and Pool B:

Believe us the the game of cricket will not remain the same when its the traditional bahus taking on scheming vamps, cool patidevs in a sports reality show produced by Ekta Kapoor! Trust, the television is just going to get hotter.