Box office fluctuations and multiplex monoploy have resulted in changing dynamics in Bollywood trade and business.

Film piracy in Bollywood was a serious but not very grave issue until recently, when big-budget and big-ticket movies like Great Grand Masti and Udta Punjab were leaked on torrents online in their full version. These two films, which were backed by Balaji Motion Pictures, could not recover their money. As a result, the production house owned by television czarina Ekta Kapoor, suffered huge losses. It has now washed its hands on movie production, for now. Yes, you read that right. Balaji Motion Pictures, a branch of Balaji Telefilms, will no longer produce feature films, until further notice. The only film up for release next from the banner will be the Arjun Kapoor-Shraddha Kapoor starrer Half Girlfriend. Also Read - Did Bigg Boss 14 Contestant Abhinav Shukla Bag Dharma Productions’ New Project?

Sameer Nair, CEO of Balaji Motion Pictures, confirmed that the studio will not focus on digital only films through their division ALT Entertainment, which has made films like Dibakar Banerjee’s Love Sex Aur Dhokha. The losses of Once Upon a Time in Mumbaai 2, Azhar and Kya Kool Hain Hum 3 followed by the censor copy leaks of Udta Punjab and Great Grand Masti has taken its toll on Balaji Motion Pictures that has given some money spinners like Dirty Picture, Ragini MMS 2 and the Kya Kool Hai Hum series, among others. Also Read - Aamir Khan-Elli AvrRam's First Look From Dance Number 'Har Funn Maula' Goes Viral

But what’s even more shocking is that Disney India that had ventured into Bollywood by taking a major share in Ronnie Screwvala’s UTV Motion Pictures is winding up its film production business in the country. Apparently, the recent losses brought in by Ashutosh Gowariker’s Mohenjo Daro is a major reason for the decision. But we think Disney India, or Disney UTV as it was called initially, has been mulling on this for a while now. That is why there has been news every now and then of Siddharth Roy Kapur, the managing director and chief executive officer of UTV Motion Pictures and Disney India, quitting to start his own venture. Also Read - Indian Idol 12: Karan Johar Brutally Trolled For His Tweet on 'Talented Singers', Netizens Ask 'What About Sushant Singh Rajput'

Before its exit from India, Disney India is placing its bets on actor-filmmaker Aamir Khan’s Dangal that releases on December 23, 2016, ahead of Christmas. Dangal may or may not recover its money. The other film they had in their kitty was Ranbir Kapoor and Katrina Kaif’s Jagga Jasoos but that has now been postponed to 2017 thanks to the couple’s famous break-up. 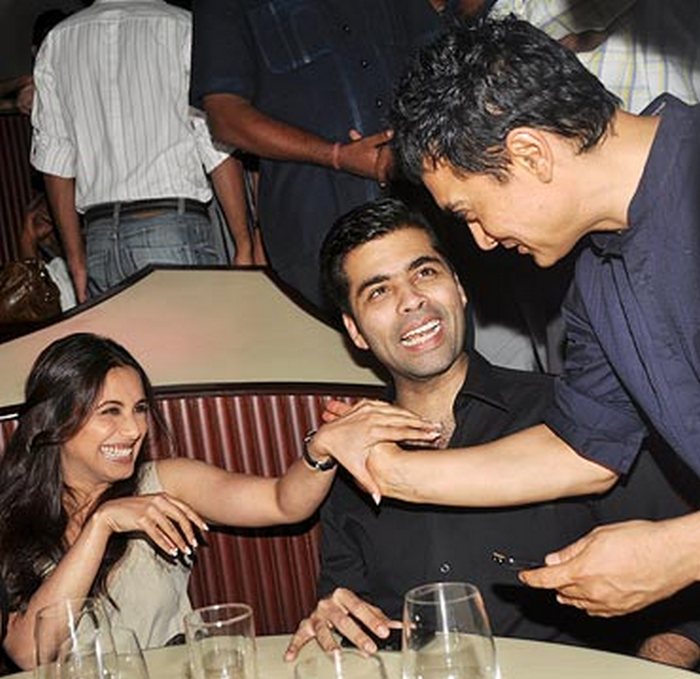 But the real buzz is that Aamir Khan, Siddharth Roy Kapur and filmmaker Karan Johar are starting a film production company together. We wonder if actress Rani Mukerji, wife of Yash Raj Films’ head honcho Aditya Chopra, is also joining them! We are saying that because the four have been thick since they were seen together at the music launch of Aamir Khan’s production Peepli Live at Blue Frog in Mumbai years ago. Another person joining them will be actress Raveena Tandon’s distributor husband Anil Thadani. ALSO READ: Aamir Khan and Karan Johar to tackle multiplex menace with Siddharth Roy Kapur

Well, it’s unlikely that Rani Mukerji will leave YRF, which is her family business now post marriage. While Aamir Khan and Karan Johar have their own banners Aamir Khan Productions and Dharma Productions respectively, they may start an alternative company with Siddharth Roy Kapur. Maybe Aamir Khan’s wife Kiran Rao, who looks after MAMI’s Mumbai Film Festival and is the director of the film Dhobi Ghat: Mumbai Diaries, will join in, too. It was reported in DNA earlier this year that all these people want to break the monopoly of the multiplex owners with their new venture. Watch this space for more on this!