Clearly, Dum Laga Ke Haisha which looked like a dark horse, is actually triumphant with 6 crore at the box office, actually racing past Ab Tak Chappan 2. 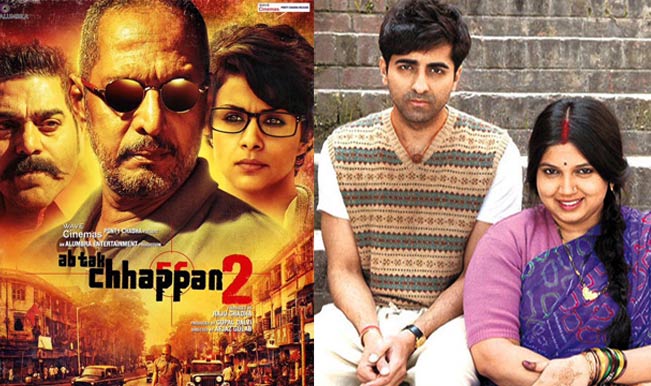 After Hawaizaada received a thanda response from the audience, it looks like the tables have turned for Ayushmann Khurrana! His latest film Dum Laga Ke Haisha has been appreciated by the viewers. Over the weekend, the film collected over Rs 6 crore at the box office in India. Well, it looks like Ayushmann and Bhumi Pednekar’s cute chemistry came as a surprise for the viewers! Also Read - Ayushmann Khurrana-Tahira Kashyap Share Adorable Wedding Anniversary Posts, She Reveals About 'Failed Suhaag Raat Incident'

While on the first day of its release, this Yash Raj Films movie saw poor reception and minted not more than Rs 1.1 crore, positive word of mouth worked well in the favour of Dum Laga Ke Haisha for the next two days, as there was a decent increase in the collection throughout the weekend. The movie garnered excellent reviews from critics and viewers.

Even Bollywood celebs were heaping praises on debutante Bhumi Pednekar and the film as a whole. And again, Ayushmann has every reason to rejoice after Dum Laga Ke Haisha since his last film Hawaizaada was a total disaster.

Along with this Ayushmann Khurranna – Bhumi Pednekar film released Nana Patekar’s Ab Tak Chappan 2. While on the first day of its release it looked like the film was set for a good run, the numbers decreased eventually over the weekend. Even though it had released on almost double the count of Dum Laga Ke Haisha screens with 1.25 crore on day one, the cracks started emerging soon enough. The film just about stayed stable over the weekend and brought in close to 5 crore.