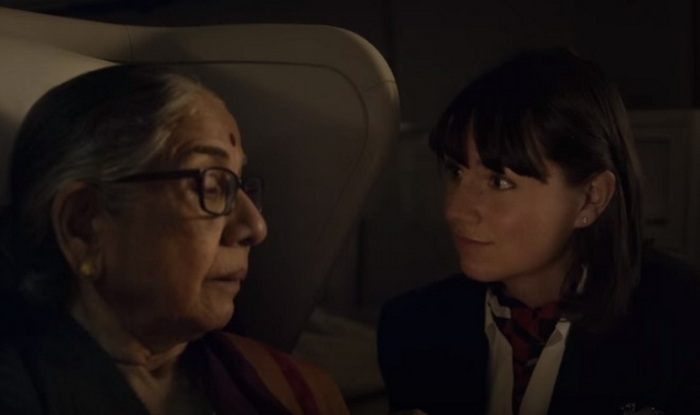 The latest commercial of British Airways aimed at the India market is a well thought out short film. Titled British Airways: Fuelled by Love, the short film is directed by acclaimed director Neeraj Ghaywan of Masaan fame. The ad is based on the real story of Anandi and Helena. Anandi is an elderly south Indian passenger travelling back to her home in Hyderabad. On the flight, she is comforted and helped by flight attendant Helena, who helps her wear her socks, feeds her and makes sure she is happy. Anandi invites Helena home, and having a two-day off, the air hostess visits her. The film shows how Helena gets a warm welcome with the Indian food and charm, and is in tears in the end with Anandi’s gift. Also Read - Sonam Kapoor On Sexism In Bollywood, 'Each One Of Us Needs To Make Better Choices, Or We Will Be Subjected To A Witch-Hunt'

In the short film, Neeraj smoothly manages to show the airline’s destination and also the perks and comfort it provides. He does this without it seeming like an ad, and that’s what makes it special. The filmmaker tweeted about the film, saying, “My first commercial. A short film that I directed for @British_Airways: #FuelledByLove. Anandi & Helena’s story.” Also Read - Sonam Kapoor Steps into the Shoes of ‘Marilyn Monroe’ and Looks Oh-So-Pretty, See PICS