Buddha in a Traffic Jam trailer: Is it really the most controversial movie of the year? (Watch video) 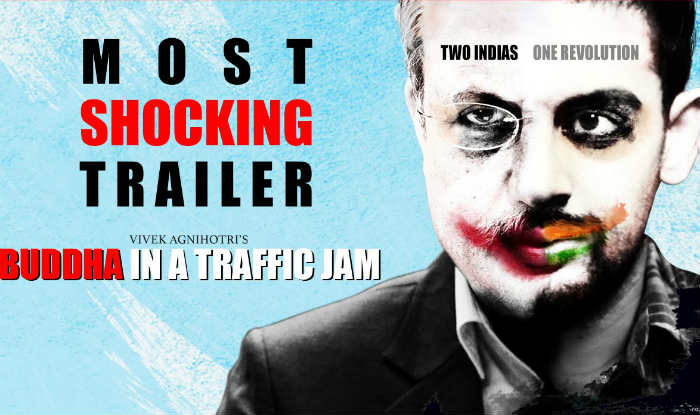 Also Read - The Most Dangerous War, It’s a War of Narratives: ‘The Kashmir Files’ Motion Poster Out Now

There are a few movies in Indian cinema that create a mark internationally but face difficulty to release in our country. With the growth of the Indian cinema, such movies, which mainly deal with a social or critical issues, have been on a rise. One such movie is Vivek Agnihotri’s Buddha in a Traffic Jam, the trailer of which was released in India on April 12. Also Read - 'Girls Supposed to Know…’: JNU's Circular on Sexual Harassment Draws Flak; Students Protest

This out-of-the-box movie has left the Indian audience in a surprise with its first trailer. The Buddha in a Traffic Jam trailer gives a glimpse into the story, which talks about the struggle of bringing about a change in Indian society. Set in a B-School in Bastar, this movie captures the link between NGOs, academia and Naxalites. The story begins when a management student, played by Arunoday Singh, raises his voice against gender inequality and is pushed into a much bigger problem of national importance. Also Read - Parineeti Chopra Clears The Air: Actor Slams Talent Show For Listing Her as Judge, Calls It Absolute Shame

While the exact role of Mahie Gill is not clear, all the actors seem to have given an impactful performance. Anupam Kher shines in his role of a B-School head and Pallavi Joshi’s acting skills showcased in the trailer in merely three minutes are as impressive as ever. An acclaimed actress, Pallavi is also the director’s wife.

Watch the trailer of Buddha in a Traffic Jam here:

Buddha in a Traffic Jam was premiered at the controversial Jawaharlal Nehru University (JNU) on March 18, after first being denied permission. The director’s speech had at JNU had also been tagged controversial. Watch it here:

The movie faced a lot of trouble for its India release, as distributors were skeptical about the controversies that would arise from the story line. It would be interesting to see if the name of the movie matches the story or is it vague. We shall wait and watch on May 13.