The trailer of Richa Chadha starrer Cabaret is out and it looks impressive. A Zee5 original film, Cabaret is the story of a small town girl who has dreams of teaching dance to kids but she lands up being a popular cabaret dancer. Apart from Richa, the film features Gulshan Devaiah and Sreesanth in other important roles. The trailer begins with Richa explaining how destiny ruined her dreams and life had different plans for her.Also Read - This Bollywood Actress Has Openly Declared Her Love For Rahul Dravid, Calls Him 'Her First Mohabbat'

The film has been produced by Pooja Bhatt, Bhushan Kumar and Rahul Mittra. It has been directed by debutant Kaustav Narayan Niyogi, who earlier said that Cabaret is a film beyond song and dance. Watch the trailer here: Also Read - Inside Edge Season 3 Trailer: 'And Just Like That, The Series Got Just More Interesting,' Says Vivek Oberoi

Also Read - Inside Edge 3: Five Things to Refresh Your Memory as The Third Season Premiers This December

While Richa and Gulshan are in the lead roles in the film, it’s Sreesanth who has made the audience excited about his presence in Cabaret. Twitterati can’t stop hailing the Bigg Boss 12 contestant for the glimpse of his performance in the trailer. Check these tweets:

This trailer is amazing
I hope this film receives a huge response as
I strongly believe this film has a very strong content
And needs to appreciated.
And of as per trailers I must say @sreesanth36 seems to be good actor
Looking forward to his performance in film

Excited to see #Sreesanth on-screen. All the best Sree

Will watch only for #Sree

Richa seems to be on a roll this year. Apart from Cabaret, her Shakeela, a biopic on popular Indian adult film actress of the same name, is also slated to hit the screens this year. The film’s posters have already created a stir in the grapevine. In fact, the new poster of the film is being praised for showcasing colourful 90s vibes. Here: 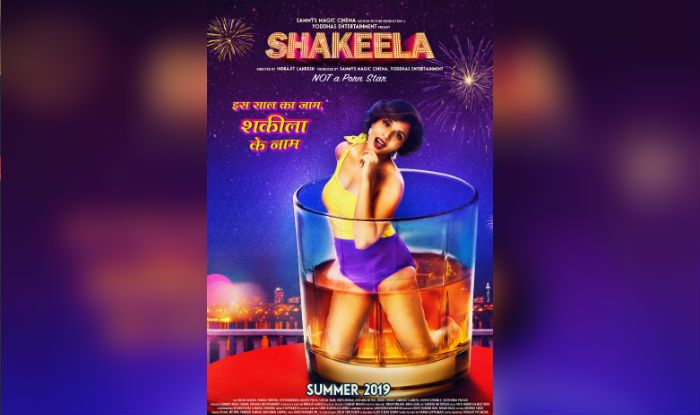 Richa Chadha in a poster of Shakeela

Meanwhile, it was reported that Cabaret was being delayed due to creative differences between the makers. The film has been in making for more than three years. However, director Kaustav rubbished the rumours and revealed that the delay in its release was because they didn’t want to hurry about anything when everyone had worked hard on the film. It’s being premiered on Zee5 from January 9.