It is Children’s Day today and the social media is flooded with people posting pictures of their kids and throwback pictures of themselves as kids. Bollywood celebs too are taking moments out today to go down memory lane while sharing such cute pictures. Every other moment, we can feel our heart turning into mush. The latest is Arjun Kapoor, who has shared a throwback picture of him as a kid with his gang. To make it more interesting, he has not given us any names but just hints to recognise who all are there in the photograph. Also Read - Sonam Kapoor, Anurag Kashyap, Zoya Akhtar And Others Sign Open Letter Against Media's 'Witch-Hunt of Rhea Chakraborty'

In his post, he wrote, “Since it’s children’s day let’s see if u guys can guess all the children who became actors in this major throwback picture !!! Hint – not all of them have the surname Kapoor but we all are related…let the guessing game begin… (sic)” Well, we could spot Ranbir Kapoor, Sonam Kapoor, Arjun Kapoor, his sister Anshula Kapoor and Harshvardhan Kapoor in the picture. It’s now your turn. Check out the picture above and tell us if you could guess who’s who here. Also Read - 'Time For Payback'! Sonam Kapoor, Taapsee Pannu, Dia Mirza, Richa Chaddha Laud Jaya Bachchan For Her Drug Probe Remark

Arjun’s sister Anshula Kapoor also posted a video on her page where she shared a fun moment shared by the brother-sister duo as kids. Check out the adorable pic below: Also Read - Alia Bhatt-Ranbir Kapoor's Dance Performance on 'Aap Jaisa Koi' For Riddhima Kapoor Sahni's Birthday is Unmissable 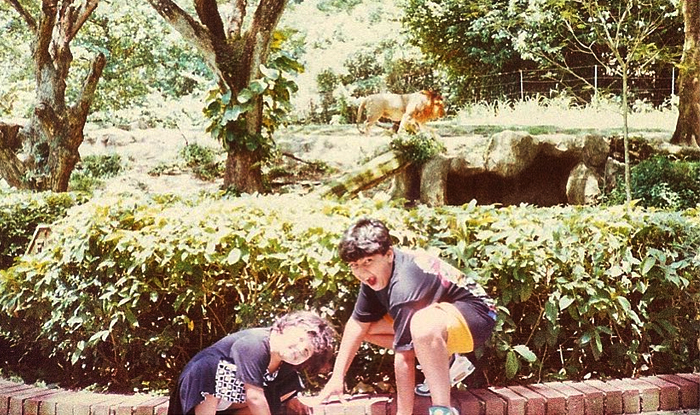 Interestingly, these are not the only two cute pictures on social media right now. Kunal Kemmu just shared the first picture of his daughter Inaaya Naumi Kemmu on his page and we can’t wait to see more of her. Now that the celeb couple are open to share pictures of their little munchkin, born on 29 September , 2017, we are waiting to see her in the same frame as her cousin Taimur Ali Khan Pataudi on his first birthday which falls next month, December 20. We hear daddy-mommy Saif Ali Khan and Kareena Kapoor Khan have planned a big bash for their little one.