Aishwarya Rai Bachchan is the brand ambassador of L'Oreal and has been attending Cannes International Film Festival for the last 14 years. After Aaradhya’s birth, the beauty queen tagged her lit 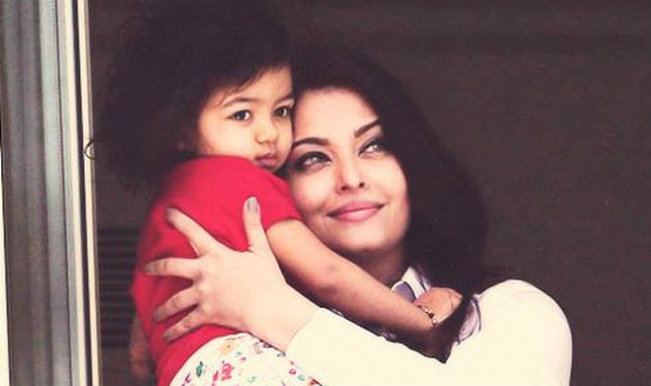 Aishwarya Rai Bachchan is the brand ambassador of L’Oreal and has been attending Cannes International Film Festival for the last 14 years. After Aaradhya’s birth, the beauty queen tagged her little one to the international event as well. The actress, recently, revealed her experience of having Aaradhya along during her last three years of trip to Cannes. (ALSO READ: Aishwarya Rai Bachchan leaves for Cannes 2015, Aaradhya Bachchan and Sonam Kapoor in tow) Also Read - Shah Rukh Khan, Ranbir Kapoor, Fardeen Khan – Get Ready For These 9 Bollywood Comebacks In 2021

A fan asked Aishwarya Rai Bachchan to share some of the memorable moments with her little bundle of joy. Aishwarya looked delighted and her face immediately lit up as she started to speak about Aaradhya. She recalls, “Every moment with her is memorable and special. I am blessed and thankful to God that I have her in my life. I have discovered love like the very definition of it and I experience it with her in every single second in my life.” Also Read - Aishwarya Rai Bachchan Expresses Her Love For Darling Angel Aaradhya in Birthday Post, Check Their Adorable Family Selfies

The dotting mother couldn’t zero in on a single moment which can be termed as special and hence chose to reveal few memories of Aaradhya’s Cannes trip. Aishwarya recollects saying that “It is difficult to describe any one moment but since we are here in Cannes, I must say the first time I brought her here she was just six months old.” (ALSO READ: Shah Rukh Khan-AbRam and Aishwarya Rai Bachchan-Aaradhya: View adorable pics of Baby’s Day Out!)

Since then, baby Aradhya has accompanied her mother to the festival every year. During her off-time, the Devdas actress takes her toddler around to places around the city where she can play. “Its my fourteenth year in Cannes and before Aaradhya, I have not even looked at that side of Cannes because there was media and everything else I was doing. And since the last three years I go to the Carousel and all the little play areas that I have discovered and they are really sweet. There are so many kids in town and suddenly you look at a different view of Cannes”, adds Aishwarya.

Aishwarya appreciates the security services offered to her during the trip. Her personal security has in fact helped her sneak Aaradhya to the red carpet without being swallowed by the shutterbugs. “Thanks to my security guy, Frank, we have managed to sneak and have Aaradhya take her steps on the red carpet, right from the time she started to walk.” Mrs Bachchan also added that it was a secret.