"Congratulations to the entire team of #Masaan for the double win at Cannes. @ghaywan @ManMundra @anuragkashyap72 @guneetm," director Onir tweeted. 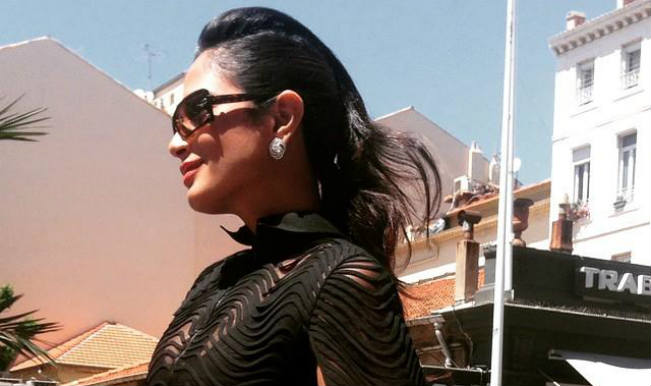 Cannes, May 24 :  Neeraj Ghaywan’s directorial debut “Masaan”, which premiered at this year’s Cannes Film Festival, has won two awards– FIPRESCI, International Jury of Film Critics prize and Promising Future prize in the Un Certain Regard section. The film, starring Richa Chadda, Sanjay Mishra, Vicky Kaushal and Shweta Tripathi in the lead roles, has been creating buzz at the festival and was treated to a five-minute-long standing ovation during its screening recently by the hard to please Cannes audience. (Read: Aishwarya Rai Bachchan’s two new looks at Cannes 2015: Stylish black and classy white!) Also Read - Here Are 7 Reasons Why You Should or Should Not Watch Panga

“#MASAAN just won the FIPRESCI award for Un Certain Regard at @Festival_Cannes! This was long due for India,” Ghaywan posted on twitter.
“2nd award for India!! #MASAAN most promising newcomer! See @anuragkashyap72 what your mentorship has got me to,” the first-time director added. Richa also took to twitter to share her excitement. Also Read - Inspirational! Kangana Ranaut's Panga Gets Huge Thumbs up From Public

“This is the best day! Keeps getting better. My God. #MasaanAtCannes is coming home with 2 awards. Thrilled. Thank you everyone for the wishes,” the actress wrote. “Masaan” has been produced by Manish Mundra, Macassar Productions, Phantom Films, Sikhya Entertainment and French production company Pathe International. Some members of the Indian film fraternity congratulated the cast and crew of “Masaan” for their incredible journey at Cannes.