Cannes 2018 : Aishwarya Rai Bachchan And Aradhya Bachchan Make Quite A Stylish Mother-Daughter Duo As They Walk Hand In Hand At The Prestigious Film Festival

After leaving us awestruck with her colourful summery sequined dress by Manish Arora earlier in the day, Aishwarya Rai Bachchan is back to make quite a stylish red carpet appearance today for the 17th time at the prestigious Cannes Film Festival. Well, but she is not alone. The gorgeous diva was accompanied by her daughter, Aaradhya Bachchan, and the mother-daughter duo made for a pretty spectacle.Also Read - Devdas Completes 19 Years: Shah Rukh Khan Reveals His 'Dhoti Kept Falling Off' As He Shares Unseen BTS Pictures

Aishwarya donned a beautiful mermaid like outfit, with detailed peacock print sequins, designed by Michael Cinco. With a plunging neckline and a long train attached to it, Aishwarya made for a pretty picture. She completed the look by leaving her hair open, accentuating her lips with a red colour. He daughter, Aradhya, on the other hand, wore a red frilly dress. Also Read - Salman Khan, Ajay Devgn, Aishwarya Rai’s Unseen Photos From Sets of Hum Dil De Chuke Sanam Will Make You Fall in Love With Cult Classic Again 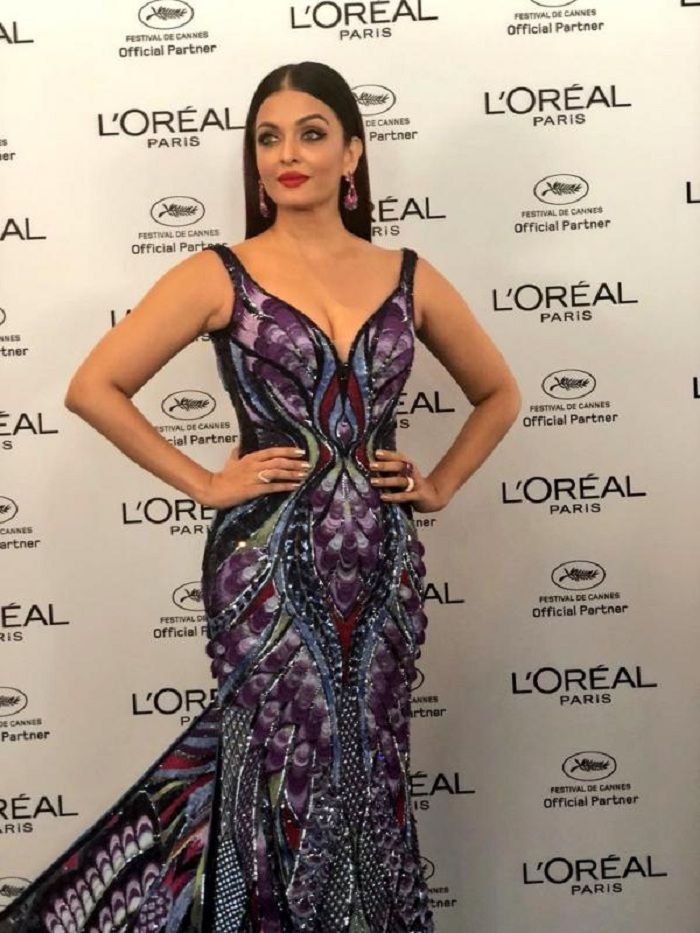 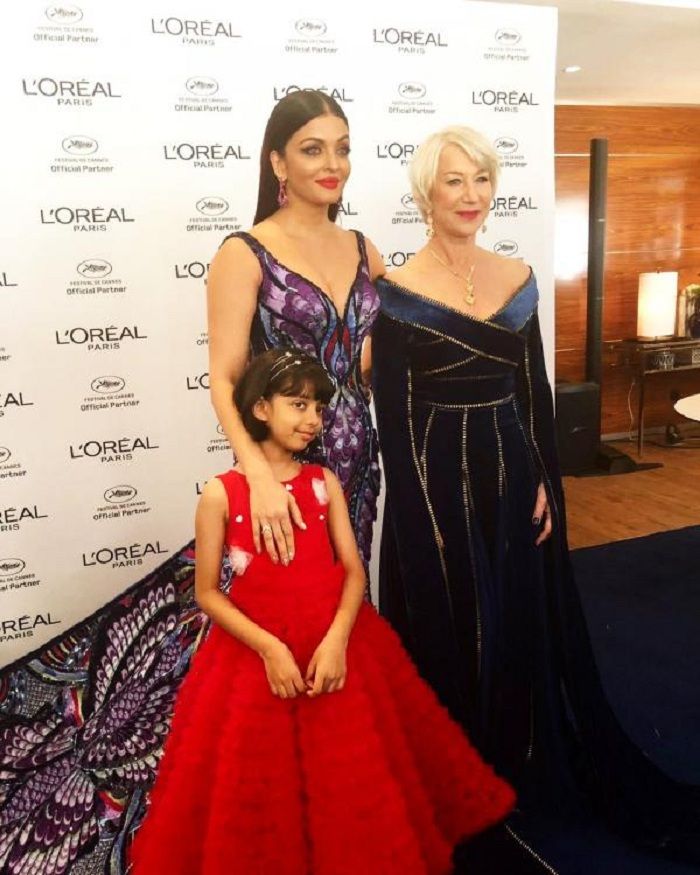 Aaradhya does look a little flustered with the shutterbugs going click! but mommy Ash is making sure that she is by her side, holding her hands throughout. Meanwhile, the Fanne Khan actress made her much awaited Instagram debut yesterday, however, it failed to garner much attention. The actress reportedly blasted her team for the abysmal response so far, given her huge popularity. Meanwhile, on the professional front, apart from Fanne Khan, rumours are rife that Aishwarya has been approached for two remakes of Bollywood classics – Raat Aur Din and Woh Kaun Thi. So what do you have to say about her this red carpet appearance? Let’s know in the comments’ section below.