After successful Cannes 2018 appearances from Kangana Ranaut, Deepika Padukone and Aishwarya Rai Bachchan over the past few days, it is now time for Sonam Kapoor to take over the red carpet. The actress has reached the French Riviera looking stylish as ever, dressed in a Mother Of Pearl polka dot dress. She paired it with a Bottega Veneta bag and Chloe shoes. Also Read - List of People NOT Invited to Varun Dhawan-Natasha Dalal's Wedding in Alibaug on Sunday

While she aced her look and won our attention as she made an entry at Cannes Film Festival 2018 for her red carpet walk on May 14 and 15, she had our heart with her Instagram post. The newly married actress is already missing her Husband Anand Ahuja and she posted a beautiful picture of the two of them, captioning it, ‘ miss my guy’. The actress also gave us a glimpse of her awesome shoe collection, which shows that she will be spoilt for choice over the next two days of her stay at Cannes 2018. Also Read - Sonam Kapoor-Anand Ahuja Welcome 2021 With a Kiss And All The Warmth of Love by Their Side

A post shared by SonamKAhuja (@sonamkapoor) on May 14, 2018 at 3:09am PDT Also Read - From Priyanka Chopra Jonas to Amitabh Bachchan And Kareena Kapoor, How Bollywood Celebs Rang in New Year 2021 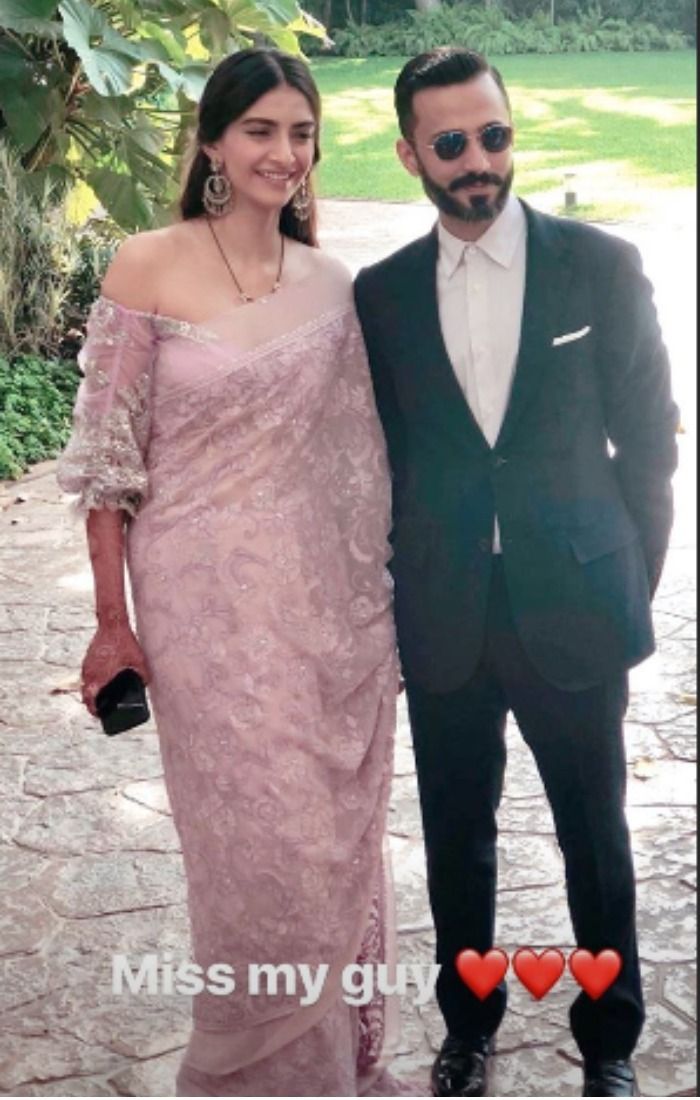 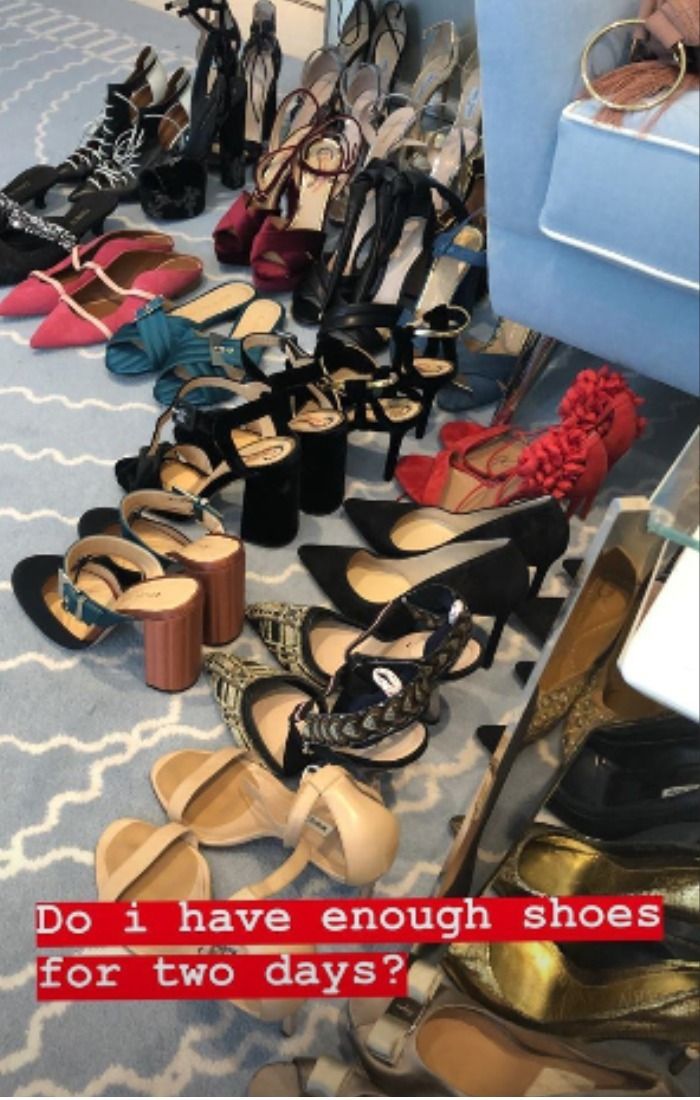 Sonam Kapoor also had a message from Anand Ahuja, who said that he was motivated and proud of his wife Sonam and his gang of girls and he wished them all the best for Cannes. He was also ‘missing’ Sonam. 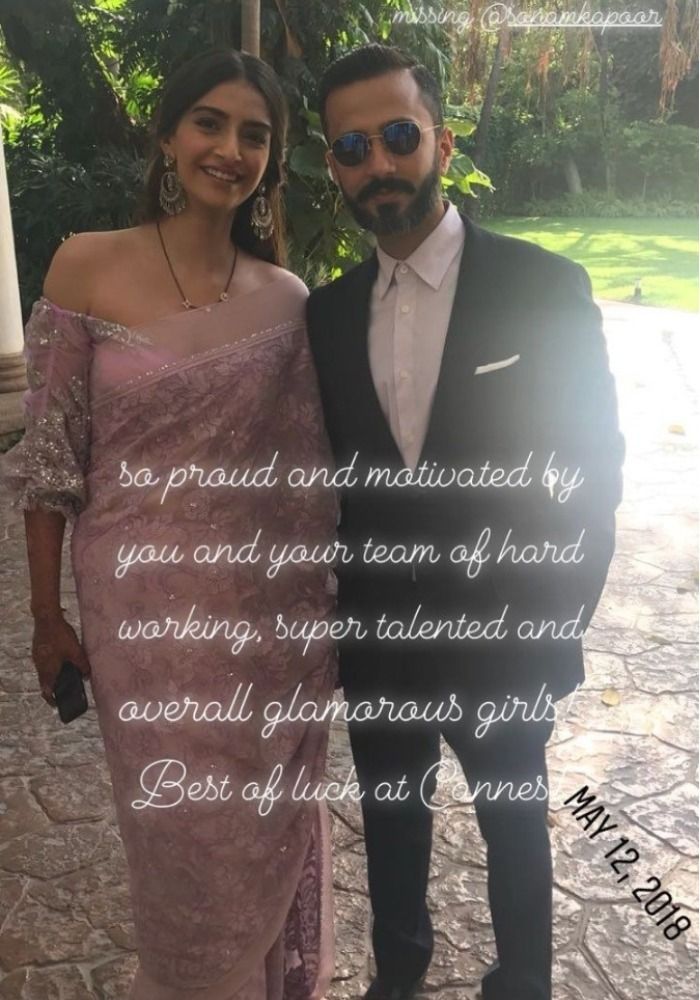 How cute is this couple? We are sure with her stylish appearances and confident gait at Cannes 2018, Sonam will only give Anand more reasons to be proud, inspired and motivated by her. The actress is slated to wear a few Indian and a few International designers over the next two days. And we are sure, she will be one head turner at the red carpet. What do you think?