The monsoon is perhaps the most evocative of seasons in India; it draws out different emotions in different people, whether memories of Bollywood’s most romantic scenes; of hot tea, bhajiyas, and khichri, or of singing in the rain, or of schools being shut due to excessive flooding. Well for Azad Rao Khan—Aamir Khan and Kiran Rao‘s son, this season is about playing football in the rain without a care in the world. Today, the young Mr Khan was snapped playing football all by himself in Bandra. He was so lost in the game that he didn’t need anyone for company. Also Read - Ira Khan Dating Aamir Khan’s Fitness Coach Nupur Shikhare? Here’s What We Know So Far!

The little one seems to be in love with the sport. Bollywood is filled with actors who love to play football like Ranbir Kapoor, Ranveer Singh, Abhishek Bachchan, Karthik Aaryan, John Abraham and we’re sure that if Azad were to ever pursue the same field as his father, he too will be seen taking time off on the weekends to play the sport. While, there’ still time for that, take a look at Azad playing football all by himself below : Also Read - Spotted! Aamir Khan, Shah Rukh Khan, Nushrat Bharucha Papped in And Around Mumbai 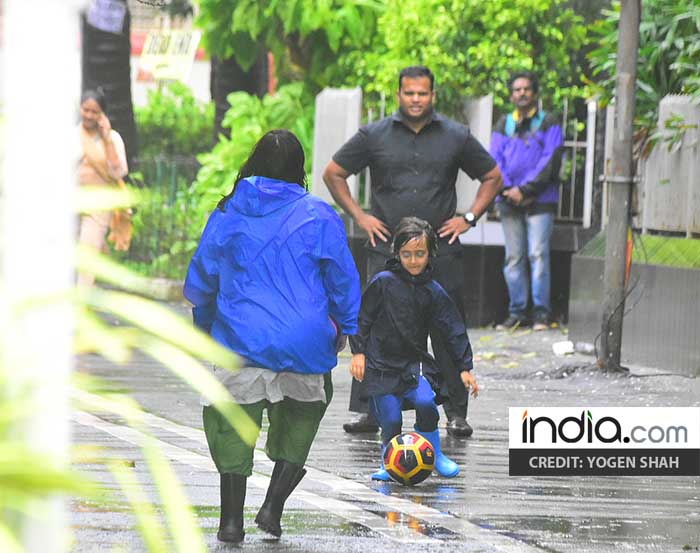 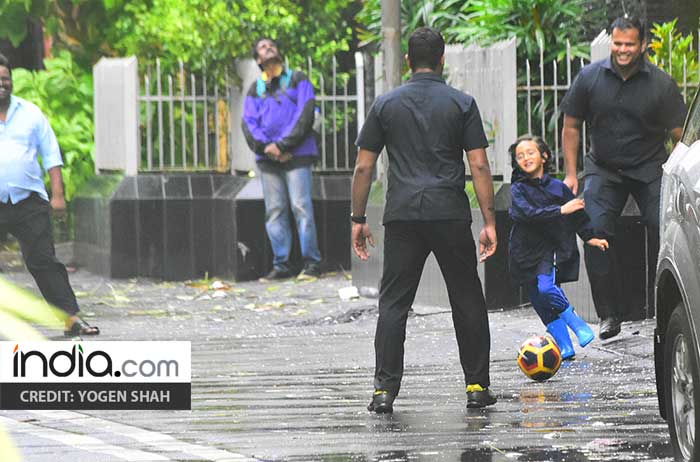 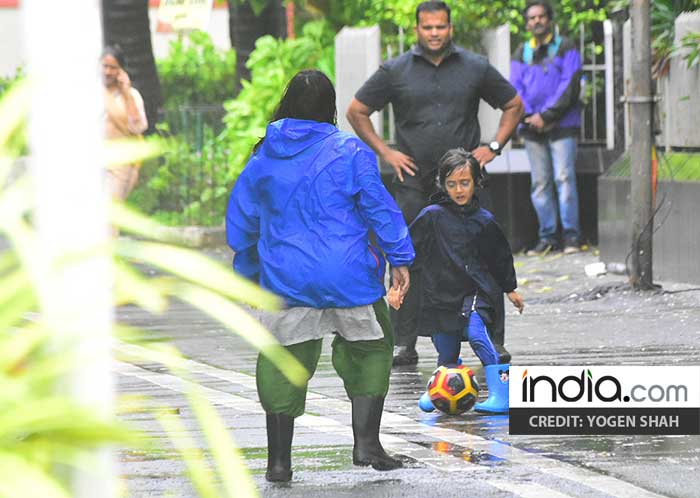 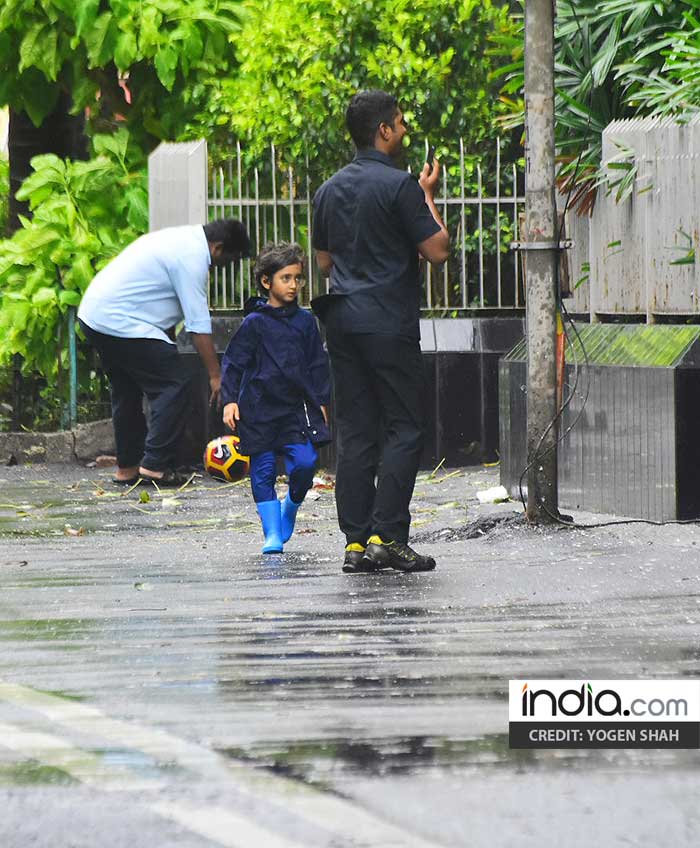 A month ago, Azad was seen spending quality time with his parents in Coonoor. The pics of the family enjoying their time in the hills were just picture perfect. Aamir, who wasn’t spotted with Azad today, is busy with his upcoming project, Thugs of Hindostan. The film, that’s helmed by Vijay Krishna Acharya, and which also stars Amitabh Bachchan, Katrina Kaif and Fatima Sana Shaikh, is set to hit the screens on November 7.