Sonu Ki Titu Ki Sweety actor Kartik Aryan has always remained tight-lipped about his alleged relationship with Indo-Canadian model Dimple Sharma in public. However, he is often spotted on dinner dates, movies and vacations with Dimple. The two are rumoured to be dating from a very long time. Dimple Sharma reportedly met Kartik in 2014 when both worked together in a commercial for an alcohol brand. In fact, she has appeared in several other adverts including one with Ranbir Kapoor. Also Read - Spotted! Arjun Rampal, Dia Mirza, Ranbir Kapoor, Saif Ali Khan Clicked in Mumbai

Recently, Kartik and Dimple were spotted on a dinner date at a restaurant in Mumbai. We got our hands on the pictures. Needless to say, the duo looks very much in love with each other. For the outing, both twinned in black. Kartik looked dapper in a black shirt and pants, while his rumoured girlfriend Dimple looked gorgeous in a black crop top and pants. She accessorised her look with red lipstick, a belt and rose gold bangles. The two were clicked while leaving together. Kartik and Dimple were snapped leaving the restaurant hand- in- hand. Previously, Kartik and Dimple were spotted outside a movie theatre in Mumbai. Also Read - Spotted! Ranbir Kapoor at Mumbai Airport And Katrina Kaif Attends Dance Class 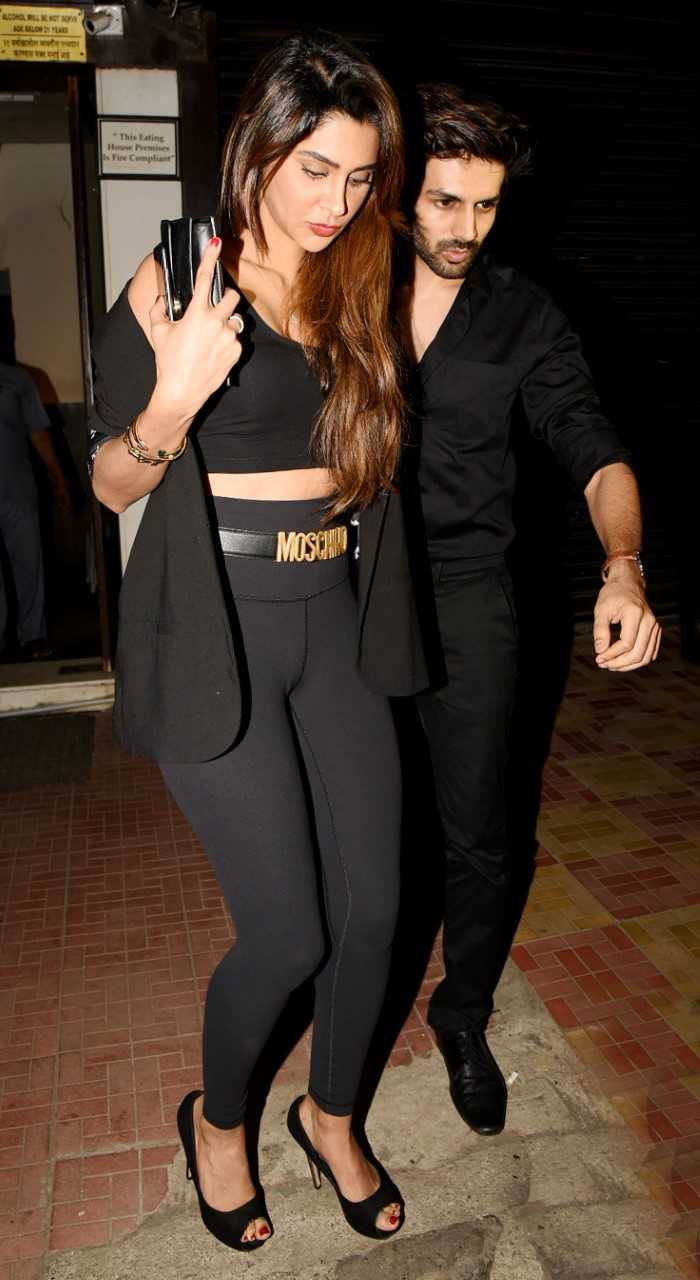 For the unversed, earlier this year in March, Kartik broke the hearts of millions of his fans by revealing that he was in a relationship. Though, the actor did not divulge any further details on it, it is believed that the girl in his life is Indo-Canadian model Dimple Sharma. Previously, the Pyaar Ka Punchnama actor was rumoured to be dating his Sonu Ke Titu Ki Sweety co-star Nushrat Bharucha. However, he quashed the rumours saying that they share an “amazing relationship” they were not having an affair.  On the professional front, after the success of Sonu Ki Titu Ki Sweety, Kartik will next be seen romancing Kriti Sanon in Dinesh Vijan’s upcoming rom-com Luka Chuppi.