Chaar Cutting movie review: The shorts could have been more potent 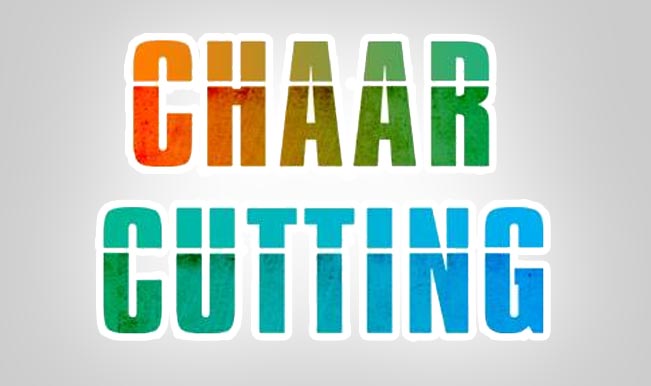 “Manila Running”, the first short, begins with a hassled tourist Jacques in a taxi looking for an address, a place he is going to for some “unknown personal reason”. What follows are a series of strange experiences that he has, with even stranger local people. The film disappoints, with a weak story line and even poorer treatment. Shot using a hand-held camera, the camera work is amateurish and the performances are mediocre. Also Read - PEs, VCs pump in $3.2 bn investments in May: Report

With baited breath you wait for the second, “Skin Deep”. A couple about to be married where the man experiences discomfort and pain while having sex and thus decides to go in for circumcision, forms the crux of the story. Although not very intriguing or dramatic, this short has its moments, where you connect emotionally with the characters and their plight.

Written by Vikramaditya Motwane, the story lacks depth and seems a tad superficial, ironically, much like its name. The production quality is average, the performances credible. One empathises with Naveen Kasturia, who portrays his character realistically. “Bawdi”, the third short, is about the scarcity of water in a village in Rajasthan where a well dries up and a cola factory’s presence annoys the water-deprived villagers. Enmeshed in this tale is a father-son relationship and a love story between Vishnu (Priyanshu Painyuli) and Tulsi (Sonal Joshi).

A trifle slow-paced, the film brings out the pathos of the villagers and you feel for their predicament. The camera work is praiseworthy with smooth transition shots and wide angle shots leisurely capturing the beauty of the place and its ethos. The background score is effective in bringing out the mood of the scenes and adds the right amount of local flavour.

With fairly good production values, convincing performances and decent storyline, this short is a complete package, given its constraints. It has the potential of being developed into a full-length film. The quality of the shots, interestingly improves gradually from the first one.  “Blouse”, the fourth and last shot turns out to be the best.

A light hearted story about a husband’s gift to his wife on her first Karwa Chauth — a blouse from a famed tailor of the village in which he teaches, which she badly wants, forms the base of this narrative. The film deals with the simple and perhaps innocuous subject with ease and humour, and that touches your heart. The husband’s underlying love and his sincere efforts to fulfil his wife’s wish are appealing.

Sumeet Vyas shines as the shy, loving Masterji who is ready to go to any lengths for his wife whom he loves dearly. Babu (Imraan Rasheed), the tailor, too essays his character with honesty. While it is heartening to see indie cinema get platforms, one sincerely wishes the makers too would take it seriously and up the quality and content of these films.