First thing first: You don't exactly have to dig your noses into lofty history books to get this one. I certainly can't tell the Magadh from the Maurya and yet I could explain what exactly is happ 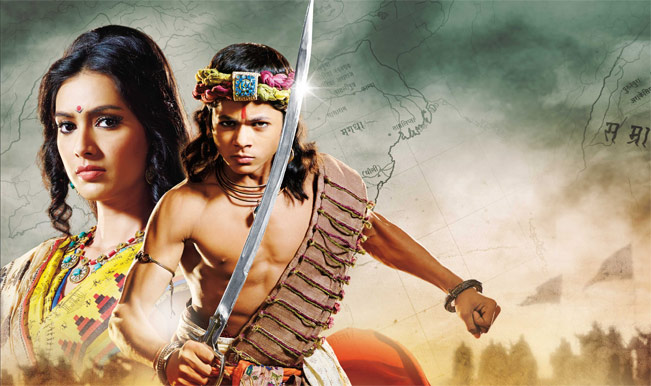 First thing first: You don’t exactly have to dig your noses into lofty history books to get this one. I certainly can’t tell the Magadh from the Maurya and yet I could explain what exactly is happening in Chakravartin Ashoka Samrat, the new show that has replaced the big ticket show Bigg Boss Halla Bol. And going by the opening episode we must confess that this elaborate drama looks rather promising with its interesting tale. Also Read - Soumya Seth and Arun Kapoor are married! See wedding pictures that are viral!

A show of this nature–at least the first episode–demanded a rather detailed monologue with graphics employed smartly to establish the story (Right from geography to the complicated royal family tree). It is a little annoying to figure out the whole saga based on the dialogues alone, especially when you have so many characters with ‘unpronounceabl-y’ mighty names  getting introduced. What we liked though is the visuals and the diligence that has been put in by the special effects and VFX team. The work is seriously commendable. While we got those creepy visual jerks when the story would move from the fantastical and surreal looking realms (captured in the introductory scenes in long shots) to the more real-looking (as it unfolds) sequences. It was more like sudden snapping out of the Harry Potter world to the real looking chase sequences of Crime Patrol. Also Read - Chakravartin Ashoka Samrat fails to impress audience; goes off air!

The blue-eyed boy Siddharth Nigam who impressed us mightily with his acting skills in Aamir Khan’s Dhoom: 3, has not been introduced yet. But the show is getting there and one has to keep patience before the foundation is laid upon. But going by what we have seen it one must admit that the show looks promising with it actors, its sets and the details that have gone into making a tele-series of this nature.

There’s drama, intrigue and the much needed conspiracies played out with full force. King Bindusaar has been attacked  and with that killer blow Ashoka has made a bang on debut! It will take time to know to decode  the complex equations and even complex relations 9unless you know history like your own backyard). Till you get a grip on it, enjoy the drama as it unfolds.