Cristopher Nolan is talking at a three-day event called, called ‘Reframing the Future of Film’ in Mumbai

Christopher Nolan is talking at a three-day event called, called ‘Reframing the Future of Film’ in Mumbai, organised by Shivendra Singh Dungarpur, the founder of Film Heritage Foundation. The ongoing event is taking place at Yash Raj Studios. Celebs like Shah Rukh Khan, Aamir Khan, Amitabh Bachchan, Farhan Akhtar and others are in attendance. The event also has visual artist Tacita Dean talk about Process And The Non-Deliberate Act: Why The Medium Of Film Is Important To Artists. Also Read - KBC 12 October 20 Episode Highlights: Ankita Singh Could Not Tackle Rs 25,00,000 Lakh Question, Can You Answer It?

Nolan’s films like Inception and Interstellar have been exceptionally popular in India. His Memento and Prestige served as inspiration to Aamir Khan’s Ghajini and Dhoom 3 respectively. At the event today, the Interstellar director is speaking about the co-existence of film and digital and how his last film, Dunkirk, was made on film and not digital.  Digital medium has indeed democratised filmmaking, but Nolan continues to make his films on celluloid, and due to his clout, people take what he says seriously. Also Read - 25 Years of DDLJ: Twitter India Launches Cowbell Emoji to Celebrate The Iconic Romance

Shah Rukh Khan posted a pic with the celebrated director a while ago on his social media accounts and we could gauge his fan boy moment through the pic his post. Kamal Haasan too was taken by surprise when he learnt that the ace Hollywood director had watched Paapanaasam.  Take a look at the pics below from the event today : Also Read - KBC 12 October 19 Episode Highlights: This is The Question Swarupa Deshpande Could Not Tackle, Can You Answer It? 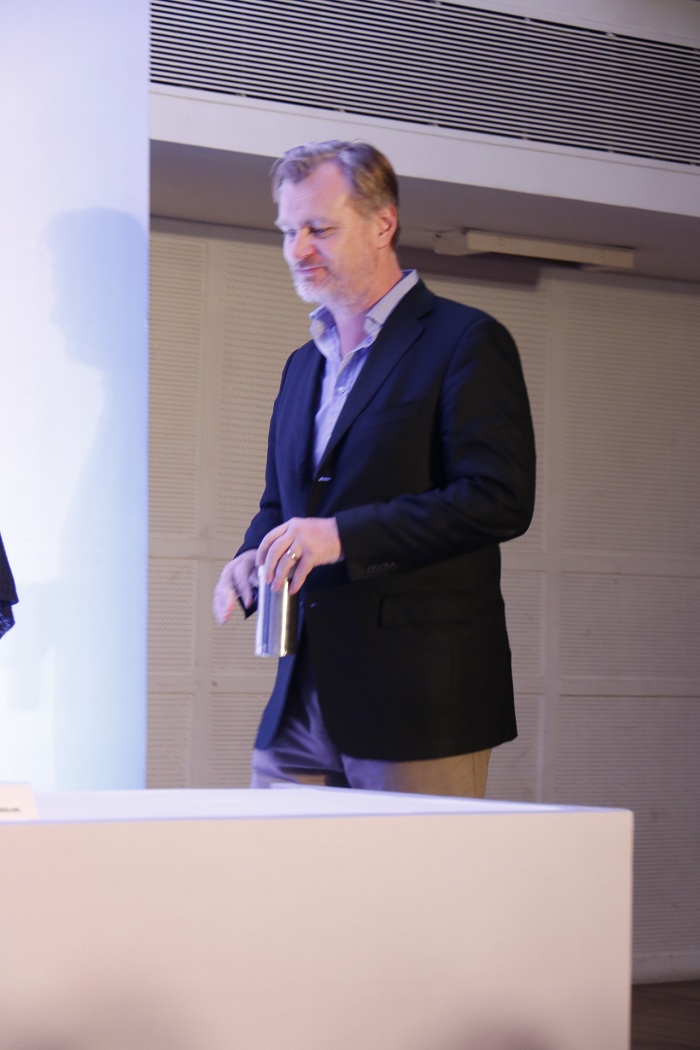 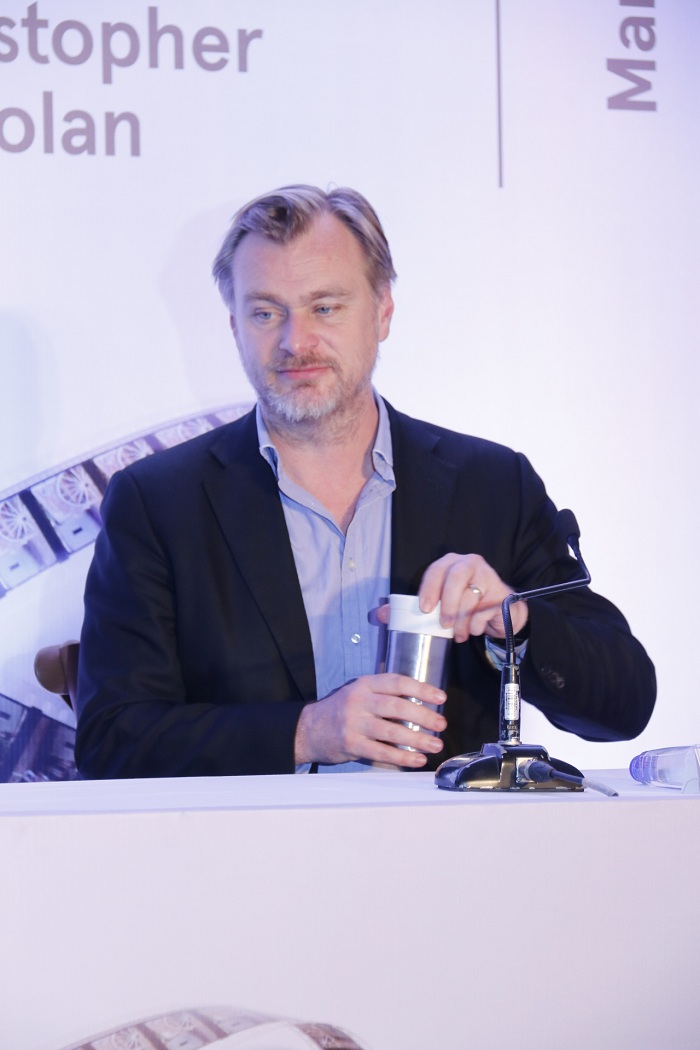 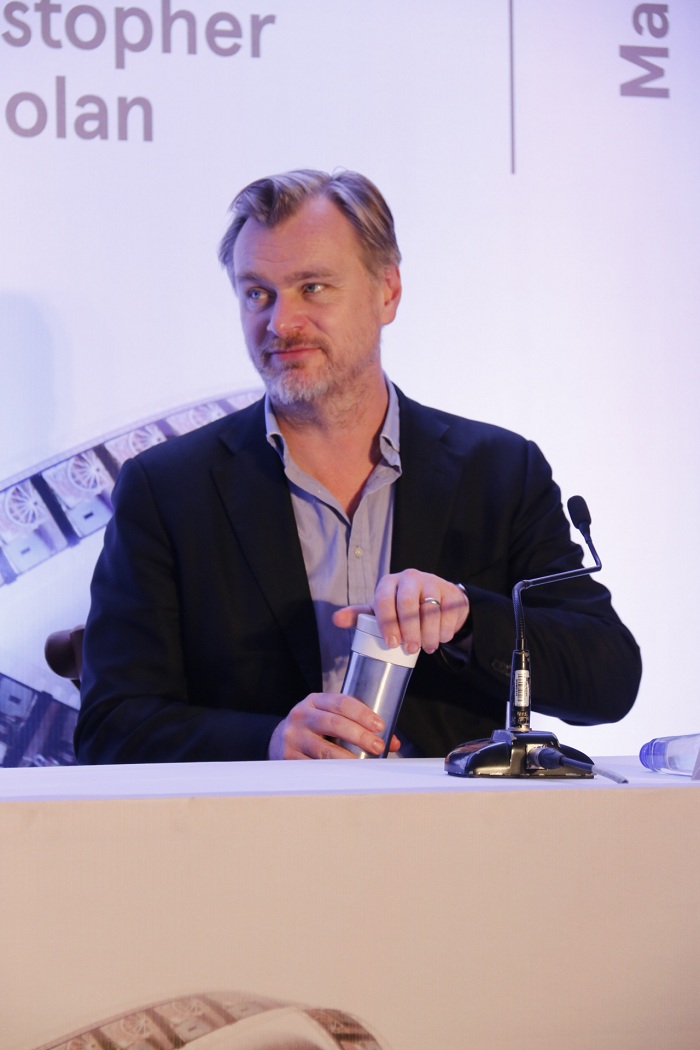 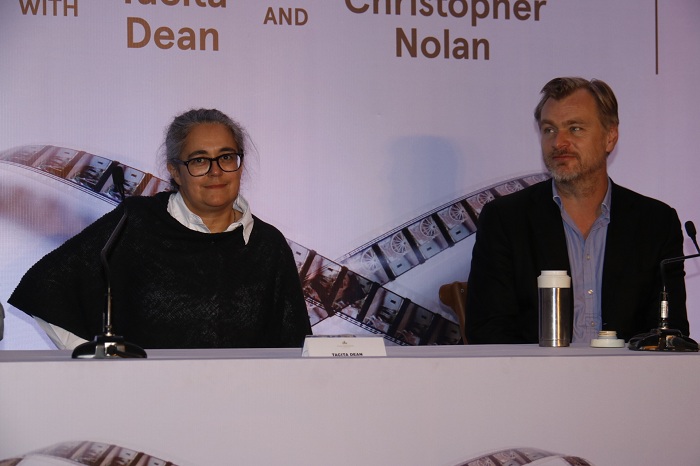 Mr Dungarpur, who requested Nolan to visit India, has been working on the restoration efforts in Indian cinema and even made a film, The Celluloid Man, on Indian archivist PK Nair. “We have got support for a cause which we have been fighting alone. It is fantastic. There was hardly any support from the film industry and people in India. And suddenly you get support from two internationally world-renowned artistes (Nolan and celebrated visual artist Tacita Dean). We want that they (industry people) should be awakened. They should realise that people from across the world are realising things and supporting us, so why not support here,” Dungarpur said in an interview earlier. Meanwhile, the ace director is accompanied by his family on this trip and we hope that they make the best of their time here. The organisers have also planned a round-table discussion with prominent personalities of the Indian film industry to be attended by Amitabh Bachchan, Shah Rukh Khan, Kamal Haasan, Shyam Benegal and others.