Delhi Chief Minister and notorious leader of the Aam Aadmi Party, has decided to make his small screen debut with Code Red 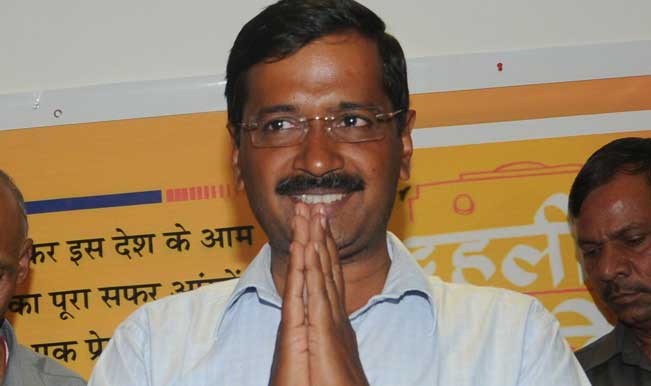 The muffler man will soon be seen mouthing dialogues in his inimitable style on TV. The special episode of Code Red will enlighten viewers on the impact of a sting operation on one’s life. According to Telly Chakkar, when the show’s makers approached the Delhi CM with the offer, he was uber touched with the concept and was in tears remembering his own days as a victim of a sting operation. Also Read - Delhi CM Arvind Kejriwal Holds COVID Review Meet, Asks Hospitals To Increase Bed Capacity

Kejriwal said to the popular website, “Main kaun hoon…koi nahin…desh ka sevak hook (coughs)…Sab sting karte hain mere khilaf…mein karunga aapka show…sab free Wi-fi mein telecast dekhenge…janta should know the sach….inquilab zindabad!” (Who am I? No one…at the service of the nation. Everyone is keen to do stings against me. I will definitely do your show. The audience will watch my episode telecast on free Wi-fi. Everyone should know the truth.)

However, before signing the contract, Kejriwal had given some special warnings to the channel we hear. Apparently, he wants his episode of Code Red to be widely watched and get maximum TRPs. If not, he will do a dharna outside the Colors’ office! Now this seems too far-fetched and might not be true.

But what is true is that Arvind Kejriwal is definitely doing Code Red and will soon be flying down to Mumbai for shooting the crime show. So, will he get a Bollywood film offer again while he’s in the city? (Edited by Shweta Parande)