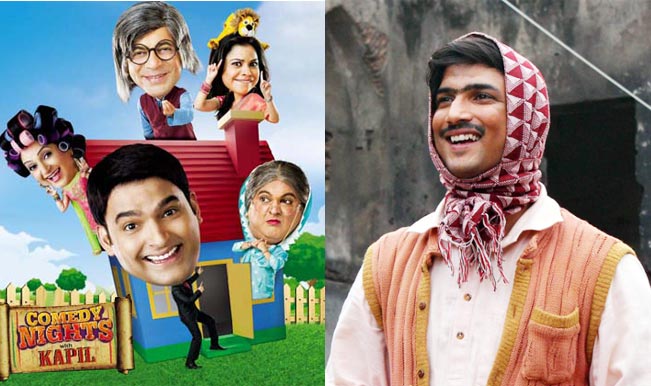 Kapil Sharma’s perfect comic timing has earned him lot of popularity across the world. His show Comedy Nights With Kapil is one of the most watched comedy shows on the small screen. The show has a wide reach and audience from both national and international locations watch it. Hence, a lot of Bollywood celebrities prefer to promote their movie on this platform. Besides, they also have a gala time in the company of Kapil and other actors from the show. Also Read - SSR's Drive Co-star Sapna Pabbi Responds After Being Summoned By NCB: ‘Saddened by Speculative Media Reports About Me Being Untraceable’

Sushant Singh Rajput is the latest celebrity to make an appearance on Comedy Nights With Kapil. The Kai Po Che actor’s upcoming film Detective Byomkesh Bakshy! is scheduled to hit the big screens by 3rd April. The crew is all gearing up to promote their film by all means. According to Telly Chakkar, Sushant was spotted on the sets of Kapil Sharma’s show. The actor was accompanied by co-star Anand Tiwari, who was last seen in Go Goa Gone. Also Read - Hrithik Roshan's Mother Pinkie Roshan Demands Truth in Sushant Singh Rajput Death Case, Makes a Viral Post