Aamir Khan is on cloud nine as his latest big budget movie Dangal has hit the silver screens today! Aamir took almost two years for the preparation of the movie and finally his and his team's efforts

Aamir Khan is on cloud nine as his latest big budget movie Dangal has hit the silver screens today! Aamir took almost two years for the preparation of the movie and finally his and his team’s efforts are showing bright colours!  We know that the biopic is based upon the Indian wrestler Mahavir Phogat who trained his daughters to win gold at the international level. The film that throws light upon women empowerment, once again is winning hearts all over the country. It is a no- brainer that Aamir Khan has the one the best screenplays in his movies amongst other Bollywood movies. Obviously, Dangal also created a positive stir and the reactions that are flowing are overwhelming! Also Read - Bigg Boss 14 Star Rakhi Sawant Begins Her Mom's Cancer Treatment, Thanks 'God Brother' Salman Khan

Now as Aamir Khan’s wrestling based flick is climbing high, it reminds the fans of Salman Khan starrer movie ‘Sultan’ opposite Anushka Sharma. Sultan also had a background of wrestling with Salman and Anushka both donned the role of wrestlers. Even though the movie was hailed then, now the fans feel that Dangal is the perfect example of a sport-based film! Also Read - Bigg Boss 15: Salman Khan Announces Audience Will Be Able to Audition For The Next Season

Now this is not the case with only Aamir’s fans. Sultan star Salman himself feels that Dangal is better than his film! Now there comes to an end the biggest film-war as the former on screen wrestler surrendered to this new wrestler of tinsel town! Recently the Tubelight star took twitter to appreciate his Andaaz Apnja Apna partner Aamir Khan’s Dangal! He tweeted, “My Family saw #Dangal today evening and thought it was a much better film than #Sultan. Love u personally Aamir but hate u professionally!” Also Read - Bigg Boss 14 Grand Finale: From Jasly's Romance To Dharmendra Recreating Iconic Scene From Sholay, Here Are Some Moments From Big Night

Whoa! Sallu bhai was frank and positive enough to accept Dangal as a better film over his! Ofcourse, if you recollect, Dangal was announced and planned way before Sultan went on floors. Aamir had then confirmed the story with Aditya Chopra, who clarified that the scripts are completely different. Since then, Aamir started preparing vigorously for his role in Dangal. (Remember his transformation video?) Clearly, his efforts were seen by Salman also and that made him confess that he has performed too well! As Salman said in his tweet, his family showed a graceful presence at the screening of Dangal film and they were all appreciative about tinsel town’s secret superstar! 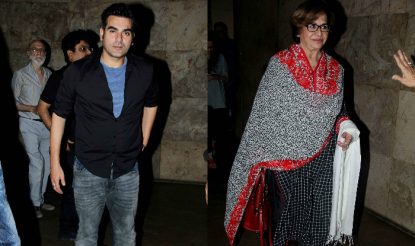 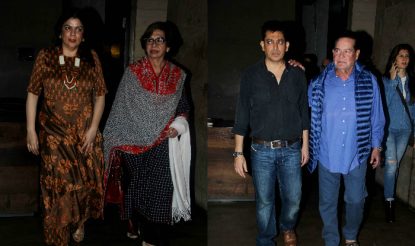 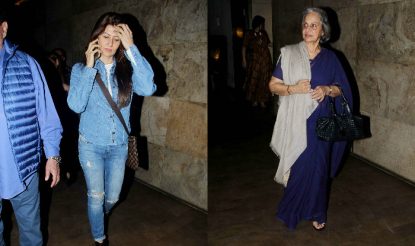