David Beckham happy to have Victoria as wife

Los Angeles, Nov 25: Former footballer David Beckham is proud to have a wife as caring as Victoria Beckham, who “really understood” him when he injured his ankle and couldn't play in the 2010 Wor 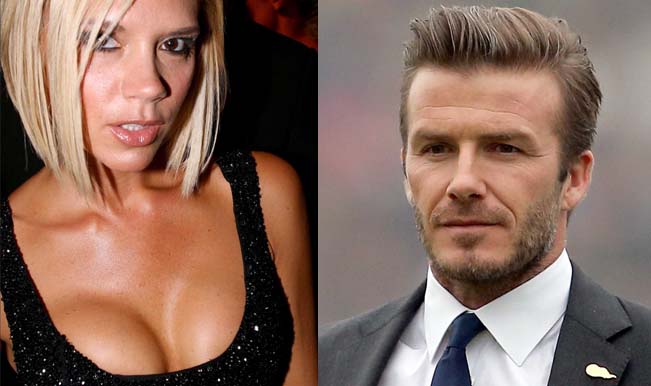 Los Angeles, Nov 25: Former footballer David Beckham is proud to have a wife as caring as Victoria Beckham, who “really understood” him when he injured his ankle and couldn’t play in the 2010 World Cup tournament. He has spoken of his appreciation for Victoria in previously unaired scenes from “David Beckham Into the Unknown”, a documentary about his life, reports femalefirst.co.uk. Also Read - Lionel Messi Alone in His Class, Cristiano Ronaldo Not at His Level: David Beckham

In the video, he is heard saying: “The doctor came over to me and gave me the phone. Victoria was on the phone and she said ‘What happened?’ And I said to her ‘It’s done’. And she said, ‘What do you mean it’s done?’ “And I remember, I’ll never forget she just burst out unconditionally with emotion and crying, when someone just kind of can’t get their breath. She literally handed the phone to one of the boys and the boys were upset. Also Read - 'So Sick': David Beckham's Children See His Statue For The First Time | SEE PIC

“That was one of the points when I knew I had a wife that really understood me and really understood why I was doing it. She knew how much it meant to me, she knew how much playing in a fourth World Cup meant to me. That was a tough time for me.” “David Beckham Into the Unknown” is out on DVD. Also Read - Cristiano Ronaldo Clinches Top Spot in Sports' Instagram Rich List Ahead of Neymar And Lionel Messi; Virat Kohli Only Indian Sportsperson to Feature in Top 10