Alia Bhatt and Shah Rukh Khan starrer movie ‘Dear Zindagi‘ proved to be a super hit movie. The movie has collected Rs 32.50 crore in the opening weekend, isn’t that great? Director Gauri Shinde’s ‘Dear Zindagi‘ is winning hearts across the globe and audiences are praising the stars for their spectacular performances. It seems as if Shah Rukh and Alia have changed the perspective of the people and the film is truly winning at the box office. The weekend collection from the overseas market ( best in USA and Canada) is Rs 27.45 crore, which is quiet impressive. The film collected Rs 12. 50 cr on Sunday. Alia who was exclusively quoted by the leading entertainment portal BollywoodLife said that the box office numbers shows the stars how exactly the audiences are reacting to the movie. Also Read - Pathan: Salman Khan Joins Shah Rukh Khan For Shoot of Action-Thriller Film At YRF Studios

‘Dear Zindagi’ scores have showed a super growth on the weekends and the film so far managed to collect Rs 8.75 crores on Friday. On Saturday, the movie saw a great hike when it earned Rs 11.25 crores on Saturday and on Sunday the numbers almost rised thirty percent a day. Alia and Shah Rukh’s movie already earned Rs 20 crores in Indian market and this super life changing movie beats Alia’s “Kapoor & Sons” movie which featured Sidharth Malhotra, Fawad Khan and Alia Bhatt in leading roles. This movie was released in 1500 screens, whereas Shah Rukh’s movie “Dear Zindagi” was released in 1200 screens. Also Read - Suhana Khan Leaves Fans Mesmerised Over Her Stylish Hair Flip in Co-Ord Dress 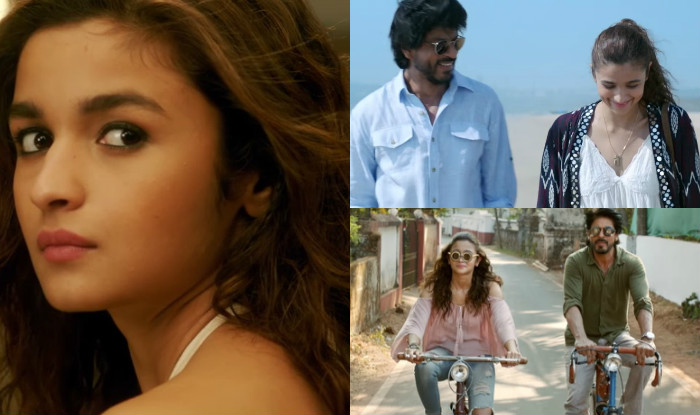 Gauri even said that she was quiet keen to have Shah Rukh Khan in the role of Jehangir Khan and Alai Bhatt opposite him. Gauri said, ” I saw her cry her heart out in a scene in Highway. She was just magical in the film. ” When Alia was asked if she wanted to work with Gauri, the actor said, ” I watched English Vinglish in theatres with my friends. And I told my friend that I want to work with Gauri Shinde one day.”

Karan expressed his love and said, “Abundant love for this gorgeous trio!!!! @gauris @aliaa08 @iamsrk…..brave….beautiful and brilliant…. heartfelt gratitude to all of you.”

Abundant love for this gorgeous trio!!!! @gauris @aliaa08 @iamsrk…..brave….beautiful and brilliant…. heartfelt gratitude to all of you pic.twitter.com/VObft2bjqZ

Thank u all for the love this small lil film is getting. I feel so proud that I could be a part of @gauris & @aliaa08 journey.#DearZindagi

The King of romance, Shah Rukh Khan took to Twitter to thank all his viewers and fans who have showered their love on the film. He shared, “Dear Viewers thank u for the special love. Big thx 2 @DharmaMovies @RedChilliesEnt for the special release strategy.”

Watch this space for more updates on Dear Zindagi.