Can bhai wield his star power to redeem himself? 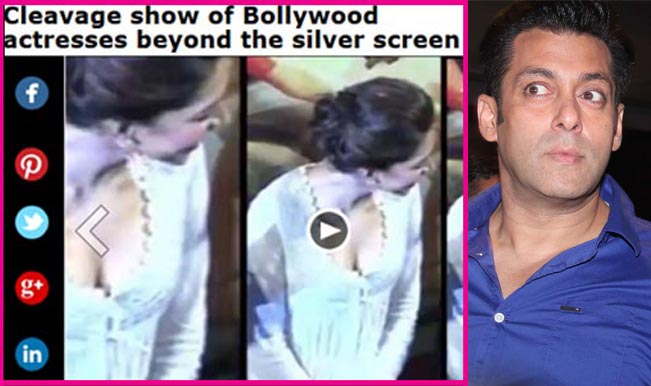 Who would have thought, in one’s sane head, that a seemingly trivial story on Deepika Padukone’s cleavage-highlighting saga would mount to such proportions that it will sideline none other that the mega-star and the ultimate bhai of B-town Salman Khan himself! Also Read - Deepika Padukone, Sara Ali Khan Leave From Goa After Receiving Summons by The NCB

Believe it or not, but reams of print and hours of prime time television are being dedicated to Deepika’s cleavage, and how a nasty story was weaved (totally shamelessly and forcefully-we thought)  around an alleged cleavage-flashing act ( Now, if you zoom in on that body part with a voyeuristic top angle shot, any outfit would look ‘revealing’, don’t you agree?) . Also Read - Why no Summons For Kangana Ranaut Who Admitted to Taking Drugs: Nagma Questions NCB

The outrage and counter-reaction this episode has generated make us think as if India is obsessed with this topic alone. Some even feared that even Narendra Modi’s visit to the US of A-and the media coverage that follows-will be overshadowed by the tall lady’s peek-a-boo moment.

But above all, one star, who has apparently suffered major losses because of this is Salman Khan. A close source from Bigg Boss 8 think-tank chirped to us in a rather hush hush tone.” Normally, Bigg Bos garners  commendable space in the newspapers as well as on the TV channels. But this time around, thanks to Deepika’s cleavage show controversy, bhai is getting completely ignored. You hardly see stories revolving around him and his notoriously popular show in the media, particularly in the papers,” said the secret khabroo.

Looks like Sallu miyaan needs to wield his superpower once again to fetch some curious eyeballs which at the moment are fixated on the leggy lass’s cleavage…err controversy, you see!