Is the media playing the Panchayat diktat who scrutinizes the women’s modesty? 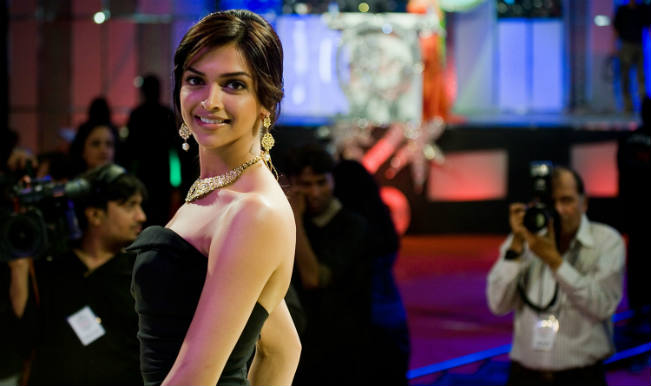 A lot has been said and done ever since The Times of India (TOI ) carried the Deepika Padukone cleavage story and tweeted about it. After TOI’s tweet ‘OMG: Deepika Padukone’s cleavage show’ was followed by a series of Facebook posts, Twitter reactions and open letters from both the parties, some interested ones also joined the party! Also Read - Bollywood Drug Case: Rakul Preet Singh Denies NCB Summon, NCB Clearly Says ‘Actor Making Excuses’

The crux of this controversy is that instead of calling both Deepika Padukone and TOI hypocrites and sexist, people need a major change in their mindset. The media uses different lenses when it comes to viewing a male and a female. The photos or footage of a woman are enhanced using tools to make it more pleasing and give ‘common’ people undue complex. They also go overboard when projecting a female celebrity’s photos from real life. Often the photographers use no aesthetic sense when trying to capture an actress’ image, rather they zoom in on them and unnecessarily sexualize their picture. Also Read - Here’s a Look at WhatsApp Chats of Deepika Padukone And Shraddha Kapoor That Led NCB Summon Them

Apparently it is considered sexy when an actor shows skin irrespective of reel or real life, and an actress is also expected to expose on film. But when she steps out in public she has to maintain a decency code since she comes under the radar. How different is the media from organisations who come up with a ban on women’s clothing? Is the media playing the Khap Panchayat diktat who scrutinises a woman’s modesty? Even if they are trying to do so, this kind of yellow journalism will do nothing but bring down the stature of media.

This time the leading daily came up with its point of view and tried convincing everyone with a few revealing images of Deepika featured in previous photoshoots of Verve and Maxim magazines and in the Kingfisher Calendar shoot. But in between TOI is losing its stand when it fails to understand that it is for no reason digging out old news. TOI is doing this just to emphasise the fact that Deepika has done such skin show previously so why the hypocrisy now. But TOI blatantly ignores the fact that these were paid projects, and if a role demands her to look a particular way, she has to do it.

When it comes to reel life, Deepika has the freedom to wear whatever she likes to and celebrate her feminine side. This does not give the photographers the right to intrude her privacy and modify angles to make the women look more sexually appealing in a bad taste. There are a lot of celebrities who flaunt flesh, we wonder why is Deepika Padukone the only celeb being targeted.

Read: Dirty Picture: Is Deepika Padukone’s cleavage tweet for publicity or the disgusting side of being a movie star?

It seems ‘gender equality’ and ‘women’s empowerment’ are only pretentious expressions. In a world where we are constantly worried about the rape culture, objectification of women by leading newspapers is ignored by everyone. Those who hold power have jeopardised the image of women. The pain and agony of women who are forced to undergo this experience cannot be understood by these so-called moral police and authoritative forces. The dire need today is an upgrade in the sense of morality.

Although each and everyone of us are entitled to have our own opinions, but such out of context reporting about someone’s body should not be the basis of your headline. Such cheap tactics should not be the means of attracting readers and presenting them with stale and demeaning news. This particular approach is not taken when a male celebrity hogs the limelight, in that case the treatment to the issue is completely the opposite.

The Deepika Padukone cleavage issue took an absurd turn when the actress was accused of unnecessary outrage to milk out publicity. This was no publicity stunt. This issue merely highlights the way the society portrays a woman in a demeaning and objectifying manner. Women are portrayed widely as sex objects.

A woman by all means should have the right to celebrate her body. Celebrating and loving one’s body is a liberating experience, no one should be intruding with this natural phenomenon. What Deepika Padukone does with her body is her own choice. We laud her for having taken a stand for not only herself but for the rest of the women as well.

Also Read: Deepika Padukone- Do we zoom in on the man’s ‘crotch’ when he makes a public appearance and make that ‘cheap headlines’?