Deepika Padukone: I am a woman, I have breasts 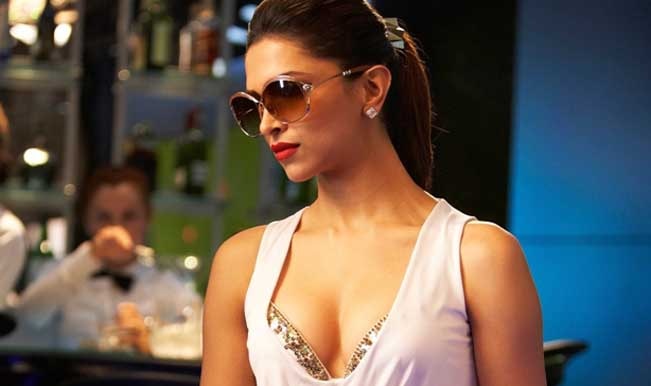 Deepika Padukone’s cleavage was showing in a screenshot shared by TOI Entertainment in a tweet which might have been a regular tweet by the well known news firm but little did they expect that Deepika Padukone might lash out at them for it. Well, she has now and despite the tweet getting deleted from their official Twitter id but not before it spread to many news firms. Also Read - Hrithik Roshan Performs Garba In Gym On Classic 80s Songs 'Janu Meri Jaan’, 'Jimmy Ajaa Ajaa' | Watch

Deepika Padukone tweeted ‘Yes, I am a woman. I have breasts’. From a news firm that boasts of woman empowerment at the work place and broad minded views comes a tweet that objectifies women as sex objects and ogles at their breasts. The shameful tweet received several angry reactions, here are some of them. Also Read - Michael Vaughan to Wasim Jaffer, Twitterverse React to Rahul Dravid's Appointment as Team India Coach

Supposedly India’s ‘LEADING’ newspaper and this is ‘NEWS’!!?? pic.twitter.com/D3wiVVXuyM

YES!I am a Woman.I have breasts AND a cleavage! You got a problem!!??

Dont talk about Woman’s Empowerment when YOU don’t know how to RESPECT Women!

SHOCKED what it takes to get ATTN @deepikapadukone: Supposedly India’s ‘LEADING’ newspaper and this is ‘NEWS’!!?? pic.twitter.com/hRZxrvalbH”

@deepikapadukone – we just slam ourselves back into the dark ages! Reputed channels inciting regressive shit. What are they thinking?! Sad!

@deepikapadukone sad thats what journalism has come to girl. the guy who has taken the picture needs to be slapped

Too right! “@deepikapadukone: YES!I am a Woman.I have breasts AND a cleavage! You got a problem!!??”

@deepikapadukone absolutely disgusting , shameful . How do we empower women when we don’t even respect them 🙁