The duo was in quite a jovial mood!

Deepika Padukone and Ranveer Singh are rumoured to be dating albeit the two have never admitted to it. They undoubtedly make for an attractive couple and fans can’t wait for the two to confirm it already. Rumours of the two having a destination wedding in December are rife and to say that fans are excited would be an understatement. However, the couple has not issued a statement accepting or refuting it. Well, while there is still time for that to happen, the couple was spotted exiting Karan Johar‘s apartment earlier today. Also Read - Sushant Singh Rajput Case: Muzaffarpur Court Orders Salman Khan, Karan Johar And 7 Others to Appear

Was it just a casual meet or a professional one, we don’t know, but the two were seen in a gleeful mood inside the car making their way out of Karan’s palatial apartment in Pali Hills. The two were engaged in some fun conversation and their smiling faces say so. While Deepika was wearing nerdy glasses, Ranveer was seen in a hat and shades. Salman Khan’s mother, Salma Khan, was also spotted leaving KJo’s house at the same time Anyway, take a look at DeepVeer’s pics below : Also Read - Ranveer Singh's Efforts to Make Indian Sign Language an Official Language Are On 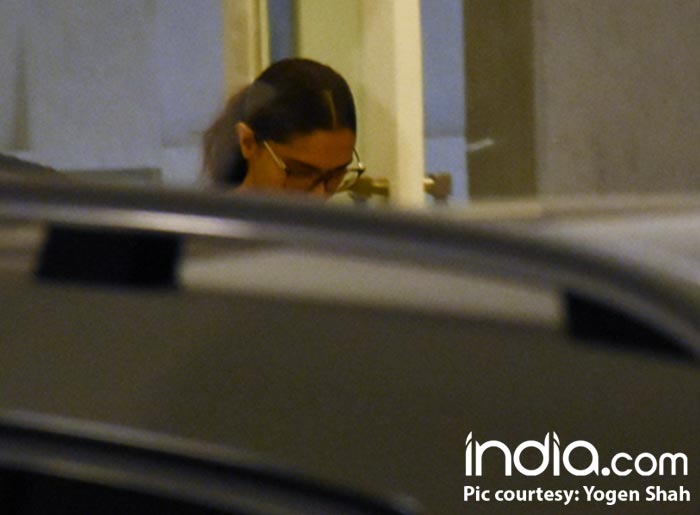 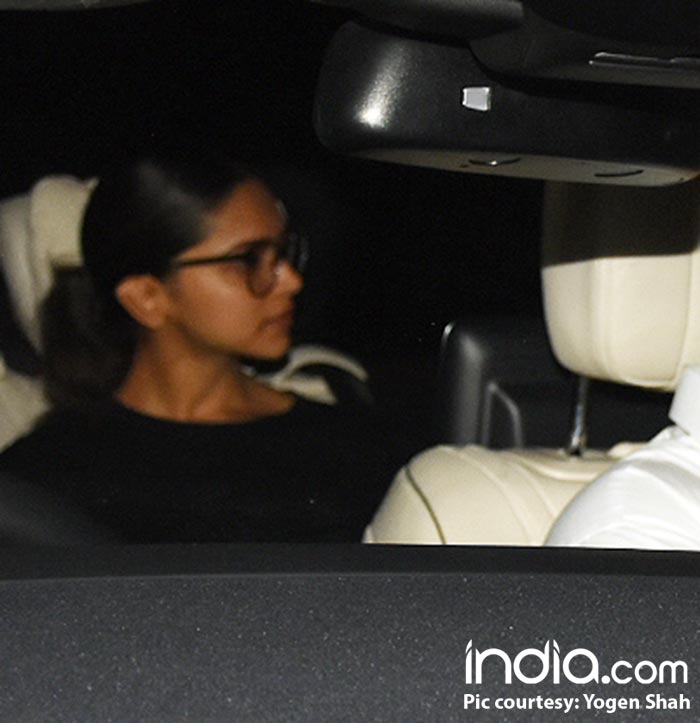 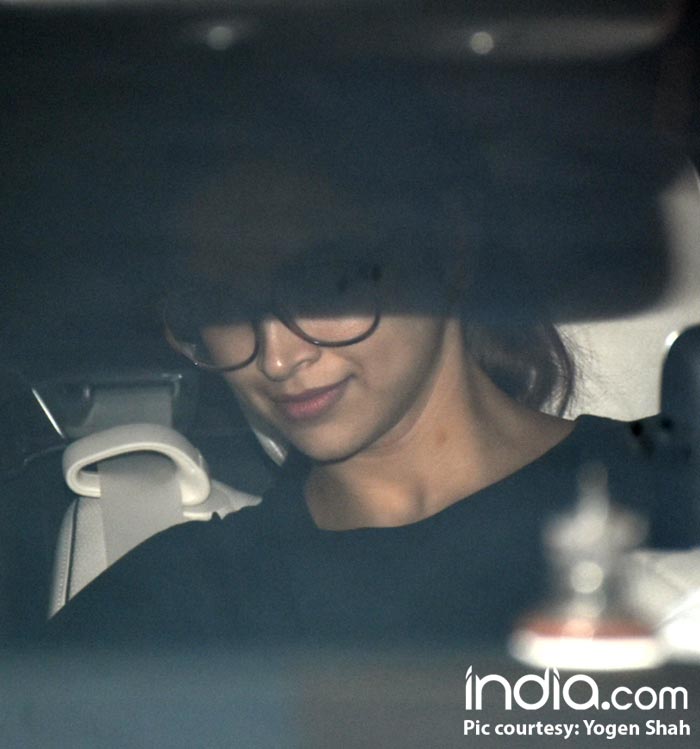 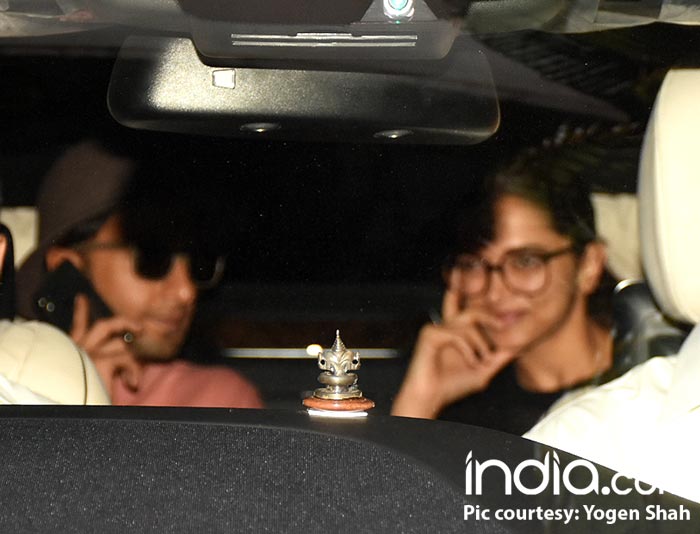 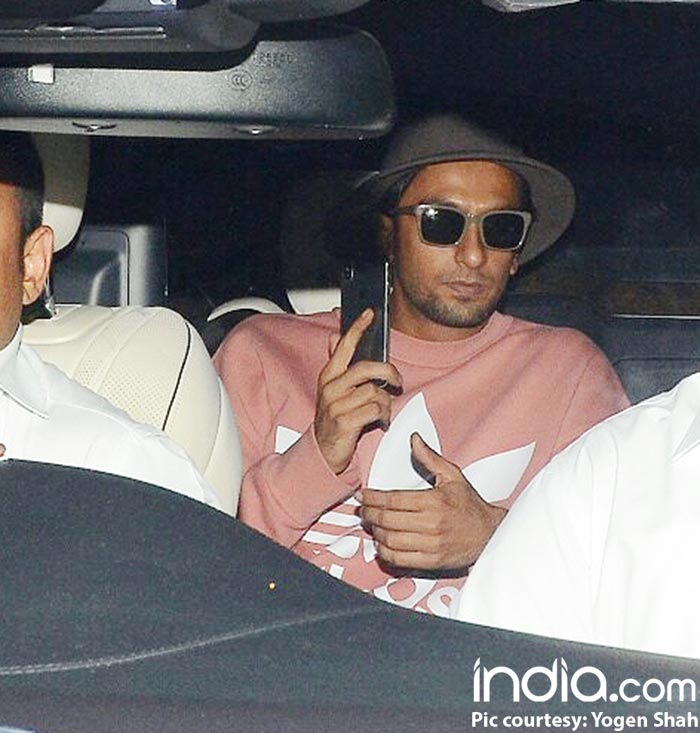 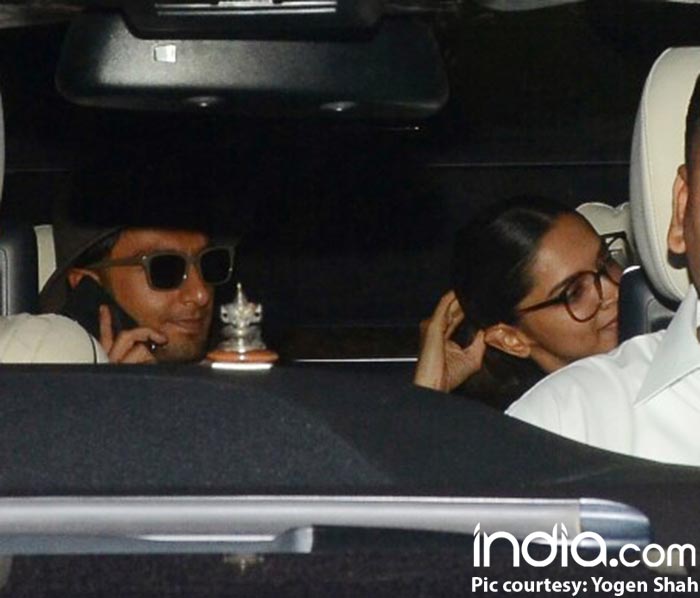 When Ranveer was asked to comment on the reports of his probable wedding this year, during an interview with India Today recently, he said, “Really, I don’t know where that’s coming from. But, yes of course, these are things I think about. I try and create a work and life balance so as much as I consumed by my work at the moment, these things are on my mind. But, nothing decisive as of yet.” Furthermore, he cited reasons why he couldn’t afford to take a break this year. “Currently, I am a little bit consumed with my work. I have got a line up of films; one that I am currently shooting. I am currently in the thick of ‘Gully Boy’, after that I have got ‘Simmba’, with Rohit Shetty and then ‘1983 World Cup’. Right now, I am just consumed by these exciting opportunities.” Well, Ranveer we just have one thing to say to you, “Where there’s a will, there’s a way!!” Stay tuned to this space as we keep you updated with the latest Bollywood news.