Twitterati won't fall for DeepVeer's wedding without any proof.

Deepika Padukone and Ranveer Singh have been a couple for the last five years. Even though they have never admitted to it in public, there’s enough evidence that they hold a very special place in each other’s lives.  Be it their interviews or their adorable pictures, you’ll always see them indulge in a little bit of PDA. If that’s not enough, the fact they’ve been each other’s constants despite the several ups and downs goes to show just how much they mean to one another. Fans have been waiting for them to make it official already. Also Read - Twitter Removes Sushil Modi's Tweet For Violating Rules, He Had Made Lalu Prasad's Alleged Mobile Number Public

There’s a buzz doing the rounds that the two are planning to tie the knot by the end of this year. A source close to Mumbai Mirror revealed, “Ranveer, Deepika and their families have short-listed four auspicious dates between September and December for a year-end wedding, after which prep has kicked into overdrive with the Bhavnanis and Padukones scouting for wedding venues in India and abroad before locking the final date. With younger sister Anisha and their mother, Deepika has already started her bridal trousseau shopping as well as finalising her jewellery. It will be an extremely private, traditional Hindu ceremony with the couple tying the knot in the presence of only close friends and family. The couple is still deciding if they want a reception to follow.”  Doesn’t it just sound perfect and absolutely believable? Also Read - RIP Diego Maradona: Shah Rukh Khan, Ranveer Singh, Kareena Kapoor Khan, Others Pay Tribute to Greatest Player of All Time

Well, if these rumours do in fact turn out to be true, fans will be ecstatic and the wedding may turn out to be the biggest event of the year, perhaps just the way Virushka’s wedding was last year. However, is this really true? Fans want to know. Twitterati, for some reason, are refusing to believe the wedding rumours and won’t do so unless they hear an announcement from either one of them. Fair thing, we say. There are fans who believe that it’s all for show and that they would never marry as they are commitment phobic. Then there are others who believe that they will tie the knot only when they reach a desired stage in their career. Currently they are doing very good for themselves. Anyway take a look at the tweets below : Also Read - Twitter Launches Custom Emojis to Spread Awareness on Domestic Violence Against Women 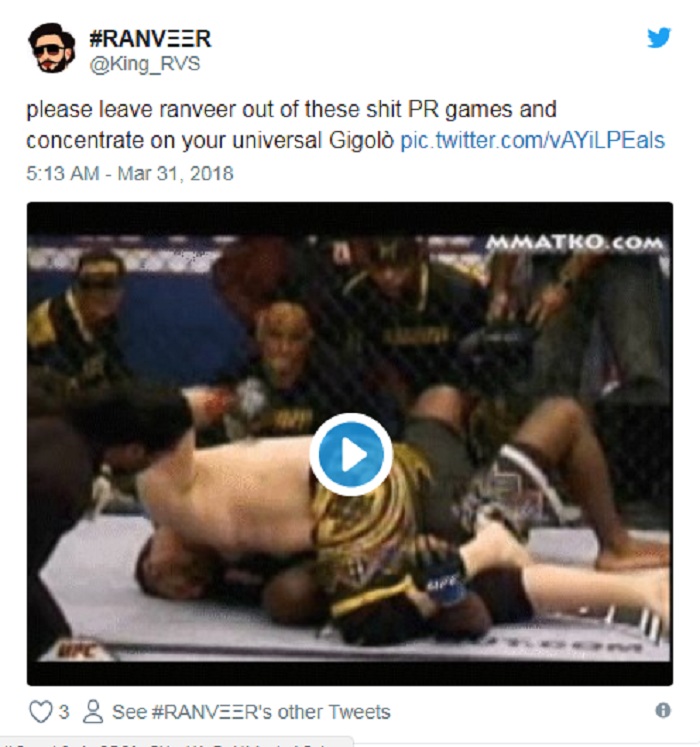 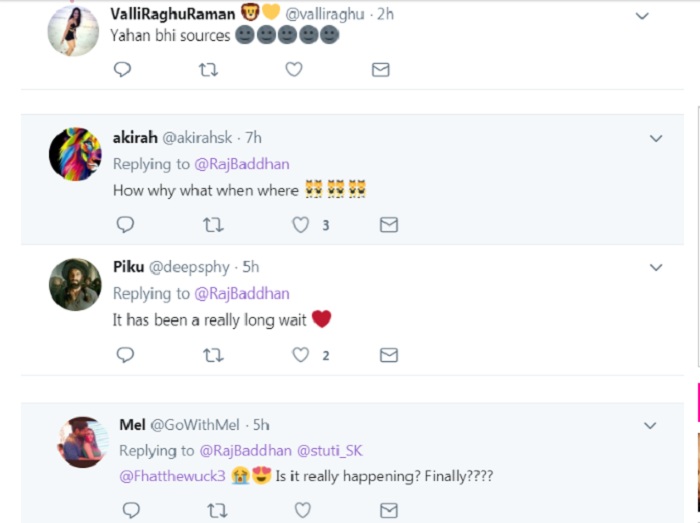 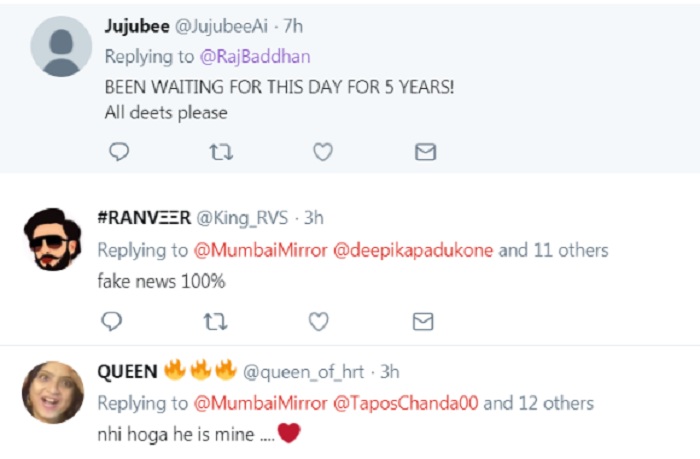 Well, we guess we’ll just have to wait and watch to figure out if there’s really going to be a wedding. Meanwhile, on the professional front, Ranveer Singh is dabbling with Zoya Akhtar’s Gully Boy and Rohit Shetty’s Simmba. Deepika ,on the other hand, is recovering from a back issue. Her Sapna Didi biopic with Vishal Bhardwaj has been postponed as of now owing to Irrfan Khan’s serious ailment. There’s a buzz doing the rounds that she is in fact reading scripts in the West to do yet another project in the West.