Deepika Padukone cleavage controversy: Will TOI back the rape of a sex worker?

The moment Times of India countered Deepika Padukone’s objection to the news piece saying that it was hypocrisy, made one feel that tomorrow the newspaper might back raping of a sex worker. And in case the sex worker raises an issue over it, they might term that as well as ‘hypocrisy’. 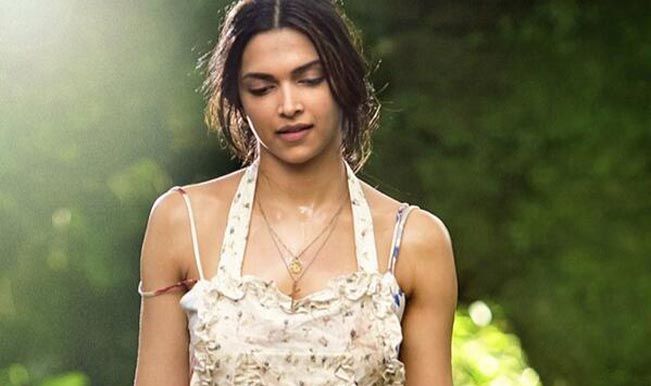 It has been a long saga of stories, replies, tweets and a lot more ugly between Deepika Padukone and The Times of India. The trail of incidents has caught attention lately with extreme opinions. Some even went to the extent of calling it a joint publicity stunt and termed the media hype as an over-reaction. Also Read - Kangana Ranaut Takes a Sly Dig at Deepika Padukone on World Mental Health Day, Promotes Her Film Judgementall Hai Kya

In no uncertain terms, Deepika Padukone was objectified, not just in the original story, but also in the response article that the Times of India had published in its defense. To state that just because the Bollywood actress has done bikini photo shoots and worn revealing clothes in her movies, it was alright to make ‘news’ out of the fact that her cleavage was seen in an event, is plain disgusting. Also Read - NCB Official Who Questioned Deepika Padukone in Drugs Case Tests Positive For COVID-19

Even the other media organisations that have taken a dig at the Times of India have quite often resorted to sensationalism and objectification; they might continue to do it in the future too. But that does not absolve the newspaper/news website from having done something wrong. The moment Deepika raised an objection over it, an apology was the only possible dignified reaction. To reply to her reaction with another dig at her and putting up pictures of her photo shoots is stooping to level 1711. LOW.

Yes, the world of internet media is cluttered and sensational headlines are not uncommon. Given the fast-nature of the media, it allows lesser scope for editorial meetings, but you don’t want freshers out of journalism colleges to be teaching a 175-year old media house the ethics of journalism – basics. There were many other media houses covering the same event, having access to similar pictures. But one wonders how many of them made ‘news’ out of the fact that Deepika was wearing a low neck t-shirt. The next time for all we know, the newspaper might do a photo gallery on all the stars revealing their cleavage in an award function.

Whatever Deepika’s reason was to raise objection over the pictures one year late is not known. Maybe she didn’t come across that earlier. Maybe she did it for publicity. But defending that piece and giving the kind of reaction that Times of India has, only says that they are going to move forward with principles that are highly unfortunate. There is nothing about feminism here. It is simply about basic values.