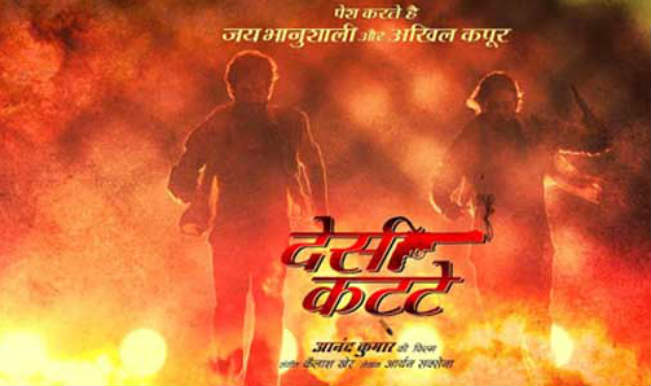 Mumbai, Aug 2: Director Anand Kumar says the look of ‘Desi Kattey‘ may give an impression of a gangster film, his upcoming directorial venture is an inspiring sports drama. The film traces the journey of two boys and one among the two goes on to become a national level shooter and represents India at the Olympics. The film stars TV actor Jay Bhanushali and Suniel Shetty, who plays the role of the shooting coach. Also Read - Mahhi Vij, Jay Bhanushali Write Open Letter Addressing People Who Accuse Them of Abandoning 'Foster Children'

“The film does not begin like sports film… It starts like a very raw story about two boys. But it becomes a sports film. It is the journey of a boy- from being a nobody he becomes a shooter, represents India at the Olympics and wins a gold medal at the event,” Anand told PTI. ‘Desi Kattey’, set in the backdrop of the underworld, also stars Akhil Kapur, who plays Bhanushali’s childhood friend, Pali and chooses a different career path from his friend to become a dreaded gangster. Also Read - How Neha Dhupia Was Judged For Marrying Angad Bedi: 'Ladka Chhota Hai Ladki Se'

“It is about two boys, who have nobody in their lives. They are ‘lawaris’ (orphans). They make hand-made pistols and in the process accidentally become excellent shooters,” said Anand, who has also produced the film. The director, whose last film was ‘Zila Ghaziabad’, says he has limited action sequences in the film as he wanted the focus to be on the friendship between the two charcaters. “There is just one action sequence in the film, although the title may suggest that it is action-packed. There is no one-to-one fight sequence. The underlying sentiment in this film is friendship,” he said.

‘Desi Kattey’ also stars Sasha Agha, Tia Bajpai, Murli Sharma and it will hit theatres on September 12. Anand, who made his directorial debut with Neha Dhupia-Jimmy Shergill starrer ‘Delhi Heights’, says he is currently working on the script of his next movie- a love story. “I want to direct a love story next. I am currently writing a script which is a very innocent love story and I am very happy about it. The film is titled ‘Pachis Hazrat Ganj’, which is a locality in Lucknow. I am yet to zero down upon the cast of the film,” he said.