Dhoom 3 is easily the most entertaining film of the year. Here's why 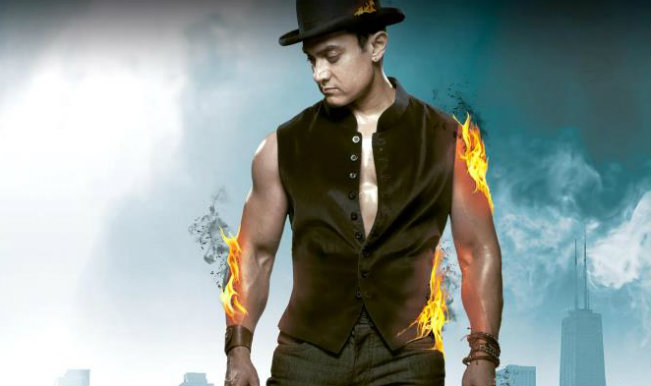 Is 2013’s most awaited movie – Vijay Krishna Acharya’s Dhoom 3 – worth having waited for? Is the three-hour film worth giving up the time you spend on social networking daily? Is Aamir Khan as good as he was in his earlier films? Is Katrina Kaif hot? Also Read - Yash Raj Films Completes 50 Years: Aditya Chopra Unveils New Logo on Yash Chopra's 88th Birth Anniversary

The answer to all of the above is a big YES. Within a few minutes of watching Dhoom 3, and you realise you’re in for a treat. The film feels like a high-end Hollywood production, right from the sets to the costumes, the acting and the camera angles. Also Read - Dear Bridesmaids, Here Are 5 Outfit Inspiration For Your Best Friend’s Wedding

What’s the story of Dhoom 3? Also Read - Tiger 3: Salman Khan to Begin Shoot in February? - All You Need to Know About YRF's Film

Beginning with a backstory of Sahir Khan (Aamir Khan) and his father Iqbal Khan (Jackie Shroff), Dhoom 3 intrigues you right at the start with the magic and young Sahir’s little tricks for his daddy. The father is bankrupt and cannot repay a bank loan, therefore the bank takes over the mortgaged property housing the magician’s Great Indian Circus and his home. Predictably, the magic man selfishly kills himself, leaving his boy all alone.

Sahir grows up to be a circus artiste with only one objective in mind – revenge from the bank for taking away his dad. Revenge in the form of several bank heists.

Dhoom 3 is thrilling and fast but slows down a bit when ACP Jai Dixit (Abhishek Bachchan) and Ali (Uday Chopra) arrive from India to supposedly aid the Chicago police in catching an Indian thief. What follows are Dhoom franchise cliches like Ali falling for the hot female cop and mouthing nonsensical one-liners.

Lots of action and bike chases later, the story moves to Sahir’s personal life and the Great Indian Circus that also has Aaliya (Katrina Kaif). All is well until our smart cop Jai manages to crack Sahir’s ‘secret’ and thereby his modus operandi. But will he be able to catch the thief and prevent him from carrying out his last chori? That’s the story of the film. No surprises there but Sahir’s secret is surprising for some viewers and predictable for others.

*So what do we like about Dhoom 3? Thumbs up to:

Aamir Khan – From the film’s promos, one thought Aamir is gonna have the same weird expression throughout the movie. But thankfully – no. He has ample scope to show his acting in the nuances of his character – whether it’s the stunts or the emotional scenes. In fact, he is especially good in the emotional ones. A special mention of the scene where he revolts and wants to break free to go on a date.

Katrina Kaif – She is hot. And boy, does she move! Especially in the song Kamli and then in Malang. Supergood.

Locations – Chicago and apna Mumbai’s Film City, wherever Dhoom 3 has been shot, the locales are eye candy.

Cinematography – Every shot is almost perfectly canned. Capturing buildings and bridges is easier what considering their size, but showing depth in emotional scenes isn’t easy. Sudeep Chatterjee manages that with aplomb.

Little Aamir (no, not his height) – Just like we loved the child artiste who played young Aamir in the film 3 Idiots, we love the boy who plays Little Aamir in D:3. He deserves as much credit as the older veteran actor he is playing as a child.

The Great Indian Circus – The musical acrobatics and magic show is spectacularly shot in the Malang song and Aamir and Katrina give it their best!

Pure entertainment – Dhoom 3 is worth every penny you have paid for, for it is sheer entertainment. Even in the slow scenes, it does not bore you as much as the other supposedly Rs 100 crore movies do.

Daredevil stunts – The action and stunts, although a bit over the top, are still great to watch in the theatre on a big screen.

High production values – It’s presented like a Hollywood project. Looks like Uday Chopra’s stint heading YRF Entertainment in the US has come in handy.

Pure heist film, no Bollywood romance – Thankfully, Dhoom 3 is not a romantic film! It is about love, but love for your family.

*And what do we dislike about Dhoom 3? (Thumbs down):

– Katrina the actor’s vanishing act would hurt her fans more than Sahir’s vanishing act hurts Jai Dixit. Not much screen time for Kat in Dhoom 3. She is only visible in five instances – while riding her bicycle in her Ugly Betty look, while auditioning in the song Kamli, while dancing to Malang, while kissing Aamir on a date and while trying to convince Aamir to surrender.

– Many a time you will find yourself thinking ‘OK, how did that happen?’ or ‘Did he carry that with him all the time?’

– The bike chase sequences are too long. Even though they are shot well with unbelievable stunts, a chase also has an end – before another one begins. It’s like a kiss, you see.

– Dhoom 3 definitely does not seem original in its entirety. Bits and pieces from here and there, notably from Christopher Nolan’s The Prestige.

– A thief need not have an emotional motive but Sahir had to have one, otherwise the story would not have worked in leading man Aamir’s favour.

– Sahir is like James Bond – he has a superbike that has capabilities you cannot imagine it does!

– Dhoom 3 is highly entertaining – but not the kind where you will find yourself clapping. That happened in Lagaan during the cricket matches or when Gracy Singh gracefully dances to Radha kaise na jale. Or in the funny scenes of 3 Idiots. But not in Dhoom 3. That’s a big minus for it.

Overall, Aamir Khan steals the show. He fills the screen with his presence and you just can’t take your eyes off him. He does not even let Katrina hog more limelight than is required. Probably the film was also snipped further being already three hours long.

As for Abhishek and Uday, well, they do what they have been doing in the earlier two movies. The only thing to Abhishek’s credit would be the auto-rickshaw entry. The thief rides a fancy bike in Chicago and the cop, a desi auto-rickshaw in Dharavi. Hmm, but haven’t we seen firangi heroes too in a rickshaw? Overall, Abhishek is not bad as an actor, but Uday’s jokes fall flat most of the time.

But one thing we can surely say about Dhoom 3 – it is the best movie of the Dhoom franchise in terms of scale. As for not being completely original, well, neither were Dhoom and Dhoom:2. Yash Raj Films does the audience a service by spacing out their Dhoom films, so not only do the fans get a breather and are curious for the next one but also gives the studio enough time to improvise and add the latest things to the plot.

Makes us wonder who’s gonna be the next thief in Dhoom 4 or Dhoom 5 – is Hrithik Roshan making a comeback, please? And will Abhishek agree to play the smart cop who loses all the time to the superthief?

As for now, enjoy Dhoom 3 in the theatre. Bollywood buffs should not miss it. No fun watching it on the tube or online.