Dhoom 3: So how many movies was it inspired by? 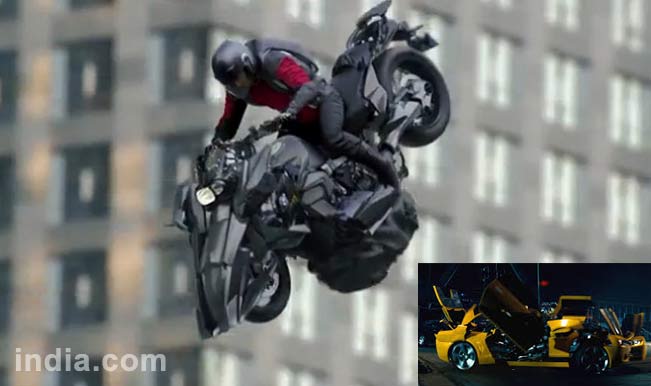 Just when everyone is raving about Dhoom 3, including us, there was something about the Aamir Khan and Katrina Kaif starrer that was nagging us. We dissected the film and found a list of movies the Aamir Khan film seems to be inspired from – with at least two movies by Christopher Nolan (the maker of Memento that inspired Aamir’s Ghajini). So, take a look at Dhoom 3’s reference points. But hey, SPOILER ALERT! Also Read - Ira Khan Opens Up About Suffering Slip Disc at 19, Says 'I Cry in Gym, Can't Get Off Chair'

The biggest twist in Dhoom 3 is inspired from Christopher Nolan’s The Prestige, with writer-director Vijay Krishna Acharya adding a further twist to it. 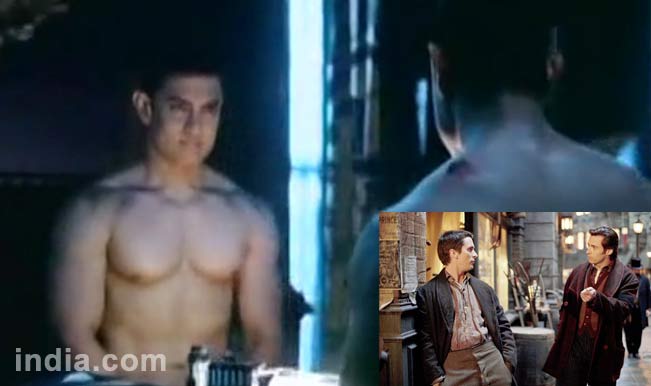 Dhoom 3 and The Dark Knight Rises:

First up, the Dhoom 3 poster with Aamir Khan standing with his back to the camera itself reminded us of the famous Batman movie. Further, director Vijay Krishna Acharya borrowed from the anti-bank story of The Dark Night Rises. 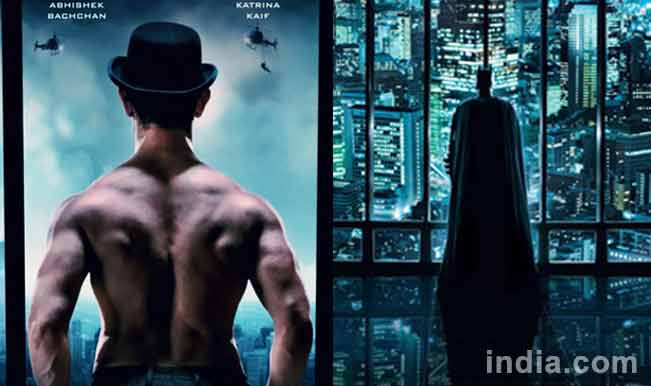 We loved Aamir as the stammering, under-confident guy in Dhoom 3. But we don’t know if Aamir channelled Hrithik Roshan from Koi Mil Gaya for his act of Samar Khan in Dhoom 3, or Shahrukh Khan from My Name is Khan. Or was it that he took a cue from autistic Ishan Awasthi (Darsheel Safary) in Taare Zameen Par – a character he had himself helped create for his directorial debut? Only Aamir can answer that one! 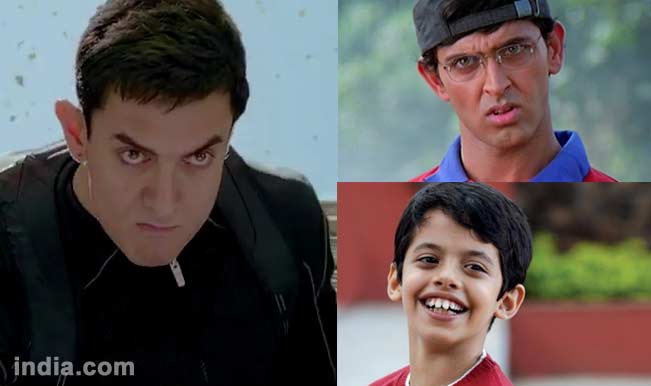 Dhoom 3 and Now You See Me:

The story is not similar but since magicians and their best trick is involved, it’s quite the same. Plus scenes like the shower of money and some stunts have been taken from Now You See Me. 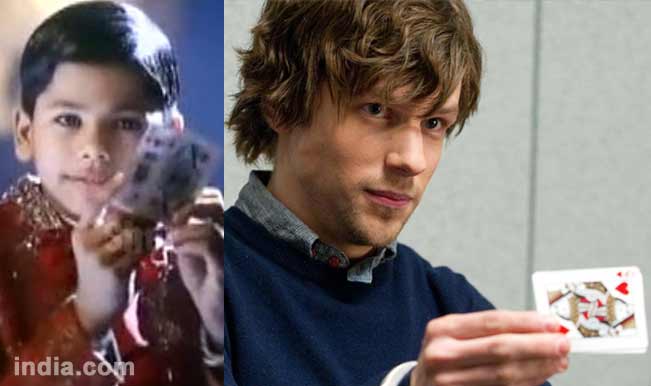 The way Aamir’s bike transforms itself into something else to suit the purpose is exceptional (*sarcastic). It seems like the Dhoom 3 BMW bike was a wannabe Batmobile, Transformer and James Bond car all rolled into one! 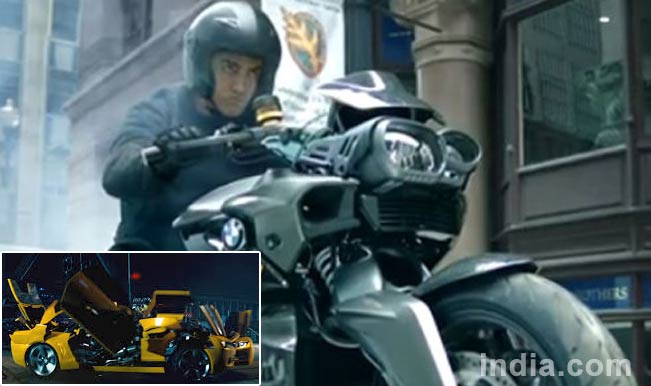 Abhishek Bachchan enters in an auto-rickshaw and fights the local Mumbai goons in the same vehicle, before the auto is dismantled and he has to run for his life. The entire auto sequence reminded us of James Bond movie Octopussy in which Roger Moore and Vijay Amritraj are part of a chase sequence in a rickshaw or tuk tuk. 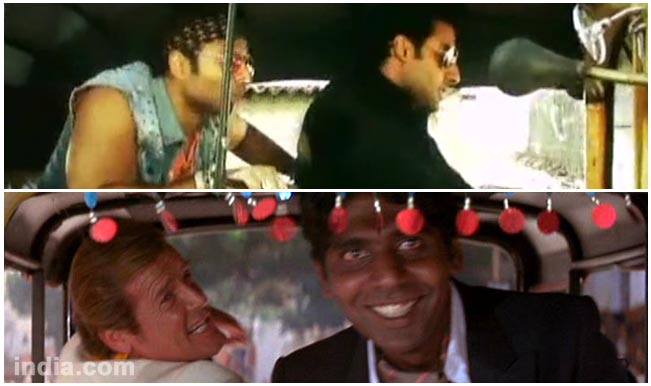 Dhoom 3 and The Fast and Furious:

Dhoom, the first movie of the franchise, had borrowed from The Fast and Furious series. So we’re guessing Dhoom 3 has also taken help from the series for the chase sequences of cars and bikes. What do you think? 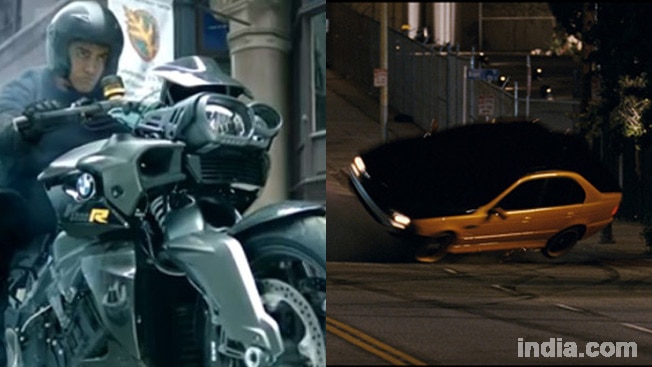 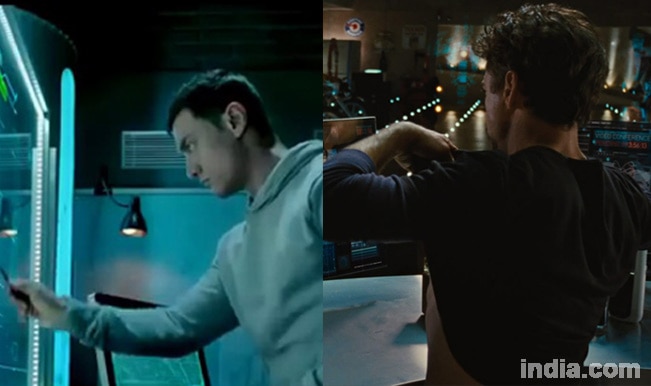 The way Aamir works on transparent screens seems like the one Iron Man (Robert Downey Jr) works on while planning in his cellar. 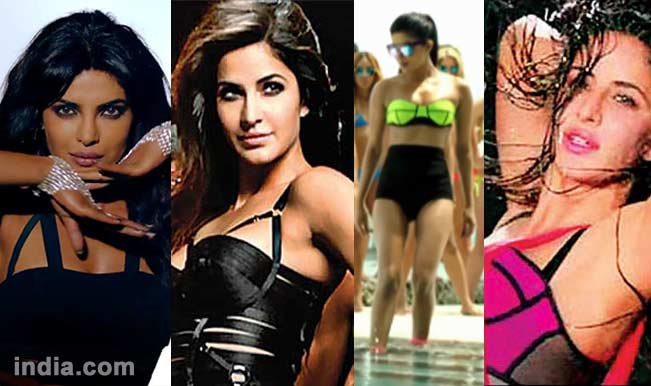 In Dhoom 3, the male stars’ outfits might or might not be copied, but Katrina Kaif’s pink and black dress in title song Dhoom machale dhoom was definitely inspired. From? Her arch-rival Priyanka Chopra’s neon outfit in her song Exotic! It’s another thing PeeCee herself was inspired for her Exotic costume.