Did Ranveer Singh impress Kill Dil director Shaad Ali when he was 16?

Not everyone knows that Ranveer Singh and Shaad Ali share a very strong friendship. At the age of 16, when Ranveer Singh met Shaad Ali at a party, the two bonded very well over their passion, Mai 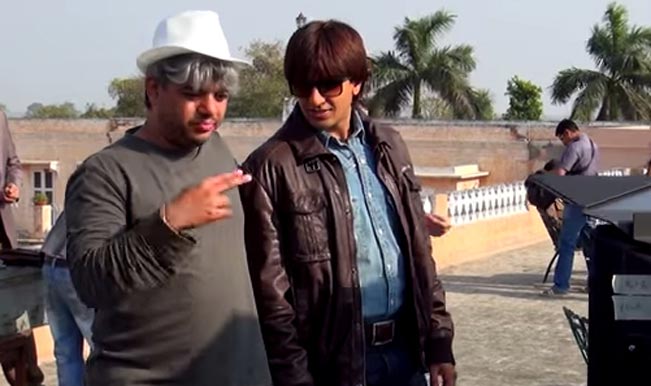 Also Read - Bollywood Always Makes Sardars do Balle Balle: Anjum Batra on How Sikhs Are Stereotyped, His Work in 83, And Kabir Khan

Not everyone knows that Ranveer Singh and Shaad Ali share a very strong friendship. At the age of 16, when Ranveer Singh met Shaad Ali at a party, the two bonded very well over their passion, Mainstream Hindi Cinema. The actor and the director grew into being thick friends after that. Before Ranveer made his debut in Bollywood, the actor assisted Shaad Ali for more than a year on advertisement projects. Shaad is like an older brother for Ranveer, and holds a very special place in the actors life. The two share a very dynamic equation, having a deep understanding. Also Read - Ranveer Singh Talks About 83's Success and Winning The National Award For The Same

It had always been Ranveer’s dream to be directed by Shaad Ali, which has come true with his upcoming release Kill Dil. The film, also starring Parineeti Chopra, Ali Zafar and Govinda is slated to release on November 14. Also Read - 9 Most Dazzling And Costly Wedding Rings Worn by Bollywood Actresses

Talking about the movie, at a recently held event, Ranveer said, ” Kill Dil is much more to me than just a film, Shaad Ali, who is like my elder brother has directed it. Since past 13-14 years I have dreamt of being the hero of a film, which will be directed by Shaad and produced by YRF and finally that dream has come true. It’s surreal and it’s an incredible feeling. “