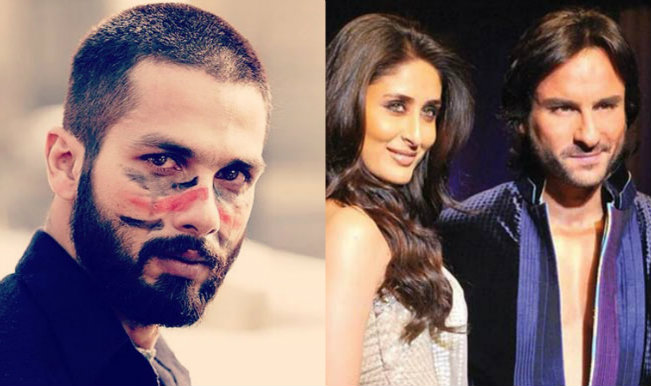 Shahid Kapoor and his infamous split with Kareena Kapoor Khan had sent shock waves to their fans. While Shahid’s fans were quite happy with the news others were disappointed to see the two part ways. Shahid and Kareena were madly in love and there were reports of the two planning to get engaged soon. But, soon after the news of their split surfaced. No one, till date knows what lead to separation of the lovey-dovey couple. (ALSO READ: Shahid Kapoor wedding: Actor’s ex-girlfriends Kareena Kapoor Khan & Vidya Balan not invited!) Also Read - Tandav Twitter Review: Saif Ali Khan Starrer Leaves Audience Divided - True Political Drama or Hinduphobia?

According to the latest revelation by one of Shahid’s close friend, Kareena was responsible for their separation. Kareena had reportedly cheated upon the actor then, which is why Shahid decided to call their relationship a quits. In a recent report published by DNA, the bollywood actor’s friend stated, “We were really surprised to read one of his very prominent former girlfriends talking about being invited to his wedding. Has she forgotten how she behaved with him?” Also Read - Tandav Releases On February 15: Here's All You Need To Know About Its Characters

Kareena Kapoor Khan had recently announced to the media that she is happy for her ex-lover and would attend his marriage too. Hence, it was quite clear that the friend was making reference to the Heroine star in this comment. The friend further added, “She went on an outdoor shooting with one of her co-stars, had what she thought was a secret fling with her co-star and came back to Mumbai to Shahid as if everything was normal. Shahid got to know about the ‘secret fling’ and refused to take her back. And now she wants to be invited to the wedding? What a cruel joke!” (ALSO READ: Kareena Kapoor is happy for Shahid Kapoor, might attend his wedding)

Well, if these statements are to be believed that Kareena reportedly had a ‘secret fling’ with her Tashan co-star Saif Ali Khan. The actress was spending a lot of time with the now husband after the movie’s shoot. Shahid, soon realised what Kareena was up to and decided to end their three-year-old relationship forever.