Seems like Inaaya and Taimur had a play date today

Soha Ali Khan and daughter Inaaya Naumi Kemmu, who’s now 7-months-old, were seen outside Saif Ali Khan‘s residence this evening. Seems like Soha had taken her baby girl for a play date with her cousin, Taimur. Much like Taimur, Inaaya too has become a favourite of the shutterbugs. We have been dying to see a pic of the two cousins on a play date, but looks like we will have to wait for that to happen.Also Read - Indian Idol 12: Taimur Ali Khan Sends Cutest Hand-Made Card To His Nanu Randhir Kapoor, Leaves Him Tear-Eyed

It was Soha only who had shared a pic of Taimur and Inaaya together in a toy car a few months ago. And we couldn’t handle so much cuteness all at once. However, we are waiting with bated breath to witness a pic like that once again. We hope Soha shares a pic of them soon. As of now, unfortunately, we just have pics of Soha and Inaaya exiting Saif’s residence in their car. Also Read - Kareena Kapoor Khan's Newborn Son Jeh Ali Khan's First-Ever Pic, Baby Boy Looks Like Brother Taimur 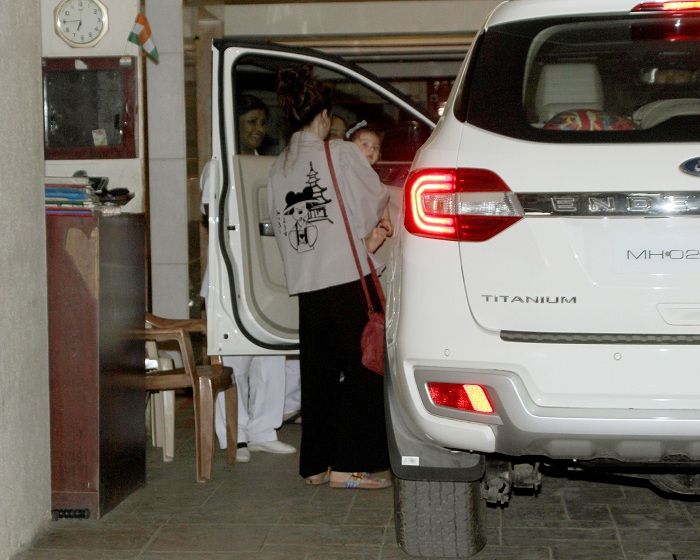 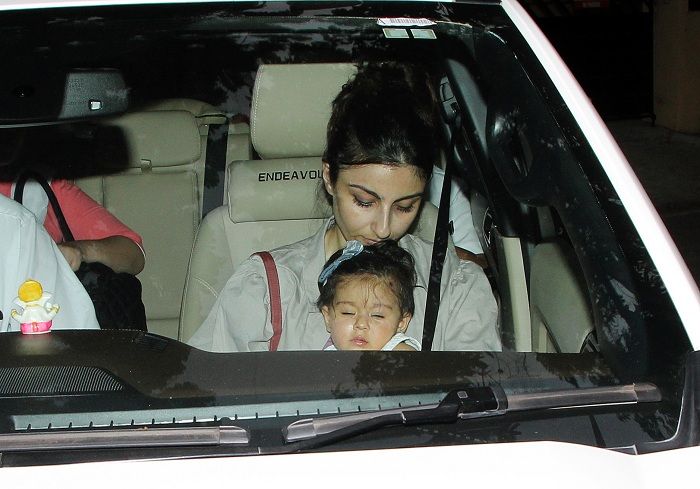 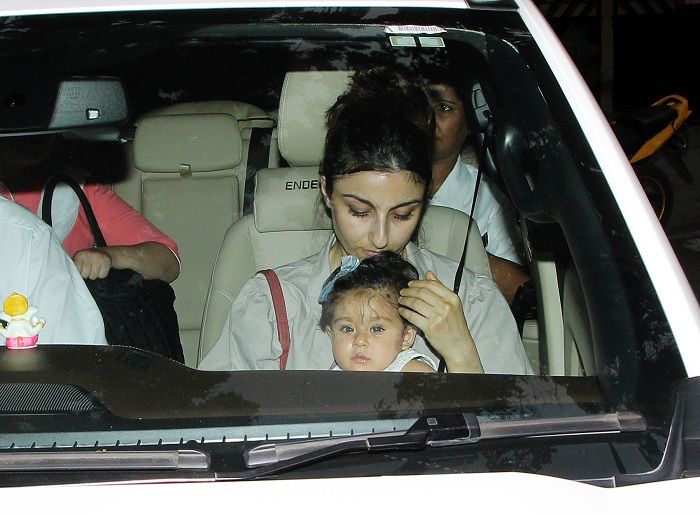 How cute does Inaaya look in these pics? Soha, has time and again mentioned how she is uncomfortable with the kids being subjected to so much media scrutiny. Speaking about Inaaya’s media attention, Soha had told IANS, “We understand public scrutiny is part of the job but that is a call we took for ourselves not our children, so it doesn’t seem fair for them to be exposed to the media glare.” She also said that childhood is about innocence and Taimur or Inaaya should not be robbed of it. They have a right to privacy that must be respected by the media, she said. Well, we hope the shutterbugs are listening.