Dil Dhadakne Do: Is Anil Kapoor the hottest on-screen dad ever? (Vote!)

Has he found the elixir of youth or simply reversed the biological clock in a jiffy ? Ani Kapoor is getting younger with every passing day, isn't he? We rub our eyes with utter disbelief every tim 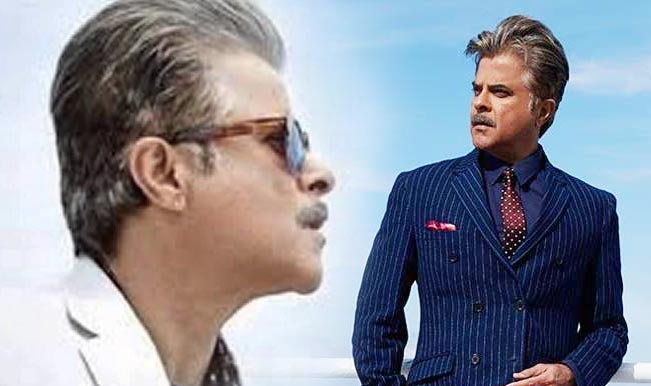 Has he found the elixir of youth or simply reversed the biological clock in a jiffy ? Ani Kapoor is getting younger with every passing day, isn’t he? We rub our eyes with utter disbelief every time we spot Anil Kapoor with his daughter Sonam Kapoor. He certainly is the youngest (looking) dad in real life and now he is all set to make his mark as the coolest dad ever on the big screen. But is Anil Kapoor the hottest dad ever? From polo neck tees to dapper suits and from branded glasses to designer bags–Anil will be seen flaunting his ultra-stylish self. Also Read - It's a Girl For Anushka Sharma, Virat Kohli! From Alia Bhatt To Sania Mirza, Celebs Pour In Their Congratulations!

Kapoor is essaying the role of a father to Ranveer Singh and Priyanka Chopra in Zoya Akhtar’s sson-to-be-released movie Dil Dhadakne Do.  Do you know that this will be the first time ever that the actor will be seen playing the role of a father on screen. The 58-year-old actor, who is also sporting grey hair for the first time, plays the father of two grown-up children (Priyanka Chopra and Ranveer Singh) in the film.  He looks super cool, dapper and dashing in his stylish avatar. Anil Kapoor fits very well into his never seen before character. He plays the head of the family Mehra families and a business tycoon.

Before Dil Dhadakne Do Anil has portrayed dad of a grown up in Rajinikanth and Rekha starrer Bulandi. Anil played both the roles-that of a father and a young son in the movie. And now in Dil Dhadakne do he looks super stylish. The might of money and tremendous sex appeal make Anil the hottest on screen dad ever. Tell us what do you think folks?