Star Plus’ brand new show Dil Sambhal Jaa Zara airs tonight (October 23) at 10.30 pm. The show, produced by Sidharth Sengupta and Jyoti Sagar and directed by Abhijit Das (Khamoshiyan – 2012 fame), stars Smriti Kalra, Niki Aneja and Sanjay Kapoor in lead roles. The show, earlier titled Ishq Gunaah, is an adaptation of a Turkish drama ‘Aski Memnu’. Vikram Bhatt is also involved in the show in terms of story, direction and look. Also Read - EXCLUSIVE! Vikram Bhatt on OTT vs Theatrical Release: OTT Had Never Been Main Source of Revenue, But It Is Now

The show brings a bold new love story of a young girl Ahana Raichand (Smriti Kalra) who gets attracted to a middle-aged, widower and father of two Anant Mathur (Sanjay Kapoor). While their age difference is already a barrier that they will have to overcome, another complication arises when Ahana mother, Laila Raichand (Niki Aneja) too vies for Anant’s attention. The first episode of Dil Sambhal Jaa Zara aired tonight and here’s our first impression. Also Read - Vikram Bhatt on Drugs Usage in Bollywood Parties: Heard That Drugs Are Offered in Trays to Guests

Also Read - Vikram Bhatt on Kangana Ranaut's Controversial Statements: If You Annoy Someone, They Will React 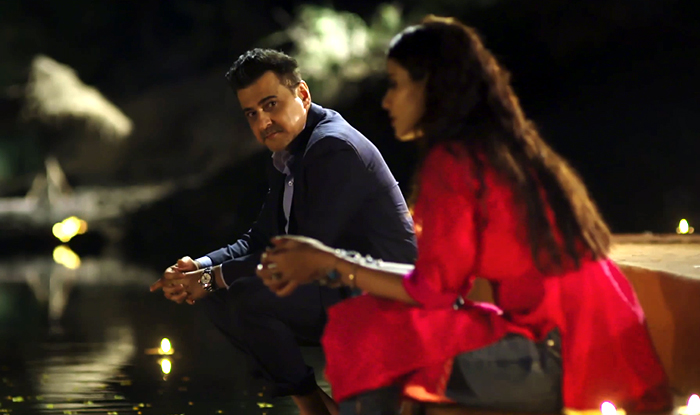 A still from Dil Sambhal Jaa Zara – Anant and Ahana

The first episode of Dil Sambhal Jaa Zara is spent in introducing us to the various characters of the show. The narrative spends generous time in sketching various nuances of these characters and the relationship dynamics. 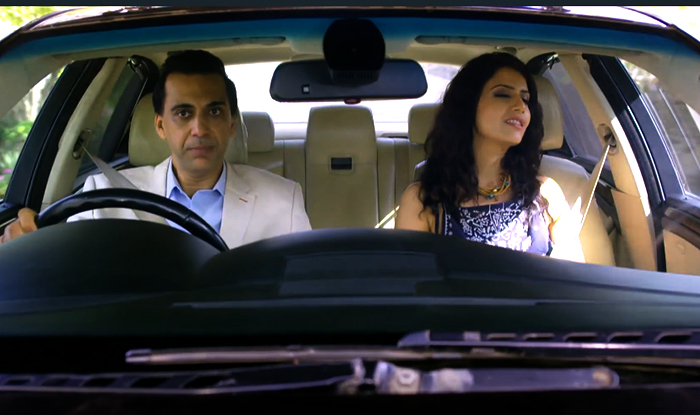 The show starts with a flash back scene where Ahana reaches India from the US and her father drives her back home, only to catch the mother getting cozy with another man. This is the first time that Ahana witnesses the marital discord between her parents and this spoils her relationship with her mother Laila forever. 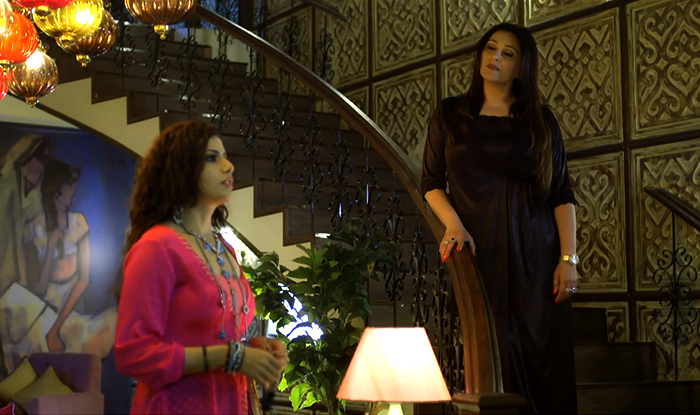 In present day Mumbai, years after her father has passed away, we see how Ahana hasn’t been able to forgive her mother or approve of her interest in men. 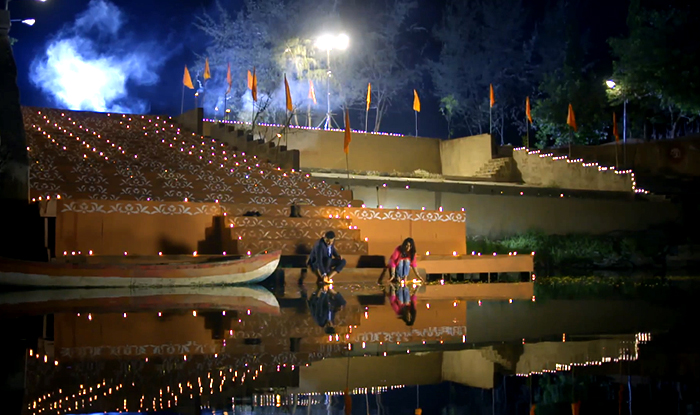 We also see how Ahana her own getaway spot in the city, where she likes to spend some alone time, remembering her dad. It is at this beautiful, serene setting where she first runs into Anant Mathur (Sanjay Kapoor). He is a widower and her father Rahul Raichand’s friend. Both strike up a conversation and their common emotion of dealing with a precious loss creates an instant connect between them. He offers to follow her in his car just to see that she reaches home safe. The next morning when Laila Raichand finds out that Anant had come to drop Ahana, her face instantly lights up. 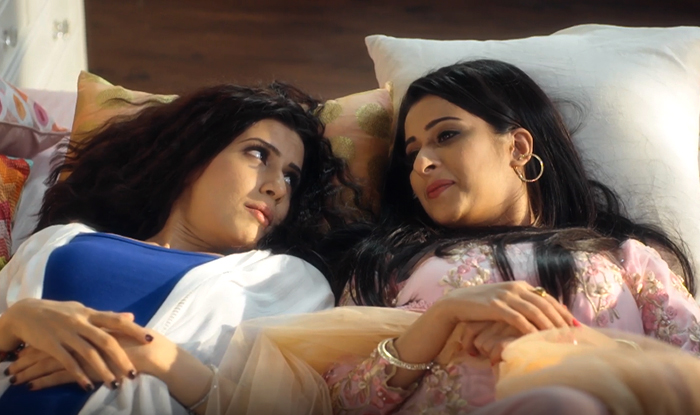 Next we see Ahana confront her sister Saloni, who is due to get married in two days. She is upset since her ex boyfriend Rehan (Anant Mathur’s nephew) has been sending her flowers and bothering her. Ahana decides to give Rehan a piece of her mind. She reaches the Mathur bungalow to reprimand Rehan and on her way back, runs into Anant. The show ends with Anant and Ananya driving away in his car to the Raichand pad.

The first episode has been impressive and intriguing. While this is a typical spring-autumn love story, it is made unique and scandalous in a way with a complicated love triangle. The relationship dynamics between people here are skewed but this promises an interesting and entertaining love saga. The production value is high and the experience of watching the show is nothing less than watching a film. The background score, with its melodious tune and soulful lyrics is typical of Vishesh Films and will leave you humming by the end of the show. If you do have to pick up a new show to watch this week, make it Dil Sambhal Jaa Zara. Airs on Star Plus, Monday – Friday, 10.30 PM.

What we will get to see in the next episode:

Laila’s daughter Saloni is about to get married and she finds a good reason to meet Anant. She goes to the Mathur house with the wedding invite, trying all in her might to cast a magic spell on Anant.