Dilliwali Zaalim Girlfriend could be a better film with a different title. The film is the story of Dhruv (Divyendu Sharma) who is an aspiring IAS officer and he lives with Happy (Praduman Singh). 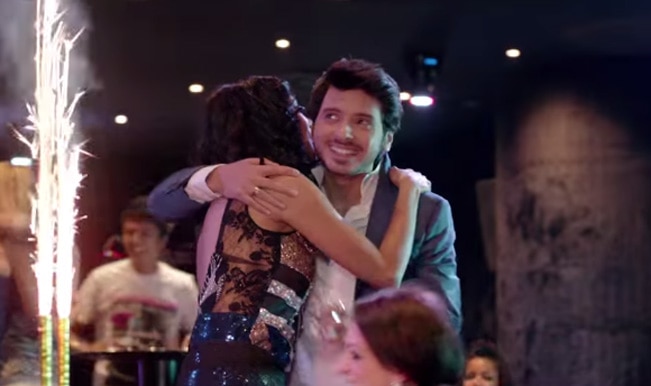 Dilliwali Zaalim Girlfriend could be a better film with a different title. The film is the story of Dhruv (Divyendu Sharma) who is an aspiring IAS officer and he lives with Happy (Praduman Singh). He wants to impress a girl he met at the bank who is responsible for car loans. Sakshi (Prachi Mishra) is the bank attendant who Dhruv falls for, but he has no car or a home to be able to impress the beautiful bank loan official. Also Read - Pavitra Rishta 2.0 Review: Love Conquers All And so Does Archana And Manav's Chemistry!

Dhruv and Happy make up their mind and even resorting to selling the home jewels, they manage to get enough money with some reserves for the installments of the car. They buy a red Hyundai Santro CNG and his romance starts. He picks Sakshi up one day in his new car and gets invited to her birthday. Then starts the spiral which Dhruv ad Happy get caught in. [Read: Dilliwali Zaalim Girlfriend review: Music the best part of the film?] Also Read - Yo Yo Honey Singh Gets Court Notice After His Wife Shalini Files Fresh Plea, Deets Inside

Minocha (Jackie Shroff) runs a garage that specializes in getting and refurbishing stolen vehicles to be sold elsewhere. Happy’s phone is left in the car and the GPS tracking software notifies Dhruv when the SIM card is changed. They locate the vehicle, but the police is in cahoots with the criminals in a big scandal. [Read: Is Ira Dubey the ultimate Dilliwali Zaalim Girlfriend?]

Nimmy (Ira Dubey), a journalist and friend, helps them out by carrying out an exhaustive sting operation to catch Minocha in the act, Minocha shoots Dhruv and what happens next is a twist but other than this, the film is absolutely predictable and a very bad attempt at making a good idea work. [Read: Zaalim Dilli song from Dilliwaali Zaalim Girlfriend: Jazzy B and Hard Kaur roll out a club mix]

Japinder Kaur has directed the Bollywood romantic comedy film with Pyaar Ka Punchnama star Divyendu Sharma, Jackie Shroff, and Prachi Mishra among others. The film released on March 20th, 2015 and we have low hopes of this film making big bucks based on the story and execution. We give the film 1 star of 5 stars.