Kriti Sanon turns Santa Claus for little ones on this Christmas

This Christmas was definitely special for ‘Dilwale’ hottie Kriti Sanon. She celebrated the joyous season with the kids of her colony. In fact Kriti had saved up some goodies from her recently released film. She thought it would be ideal to gift the goodies to the kids on the eve of Christmas. She got down with all the kids towards the evening and gathered everybody at the garden of her colony. Also Read - Ganapath New Poster: Kriti Sanon to Pair Opposite Tiger Shroff in Action Blockbuster Film, Check Her Electrifying Avatar

Kriti Sanon then distributed all the goodies amongst the kids. In fact the actress took pictures with the entire gang and each one of them individually. She also interacted for sometime and autographed their dairies. Kriti was their apt Santa Claus for the day. (ALSO READ: Kriti Sanon says, not been offered Sultan) Also Read - 'Bit of Me, Bit of Myra'! Kriti Sanon Shares BTS Pictures From Sets of Bachchan Pandey Moments Before 'Action'

Here are some of the snaps: Also Read - Adipurush: Massive Fire Breaks Out On Sets of Prabhas, Saif Ali Khan Starrer On First Day Of Shoot, No Casualties 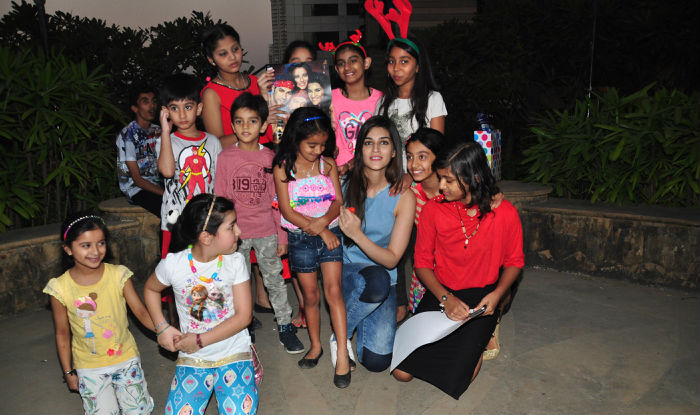 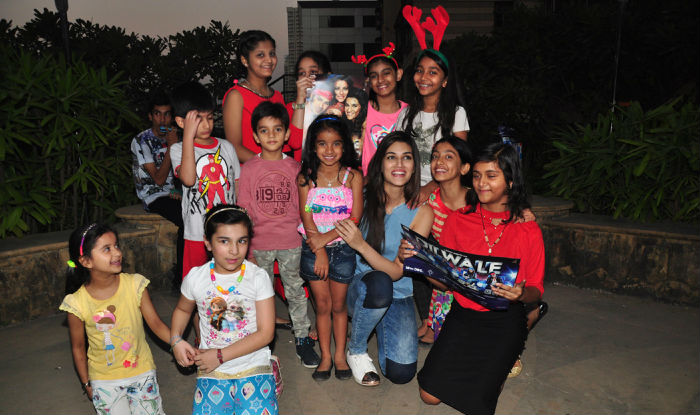 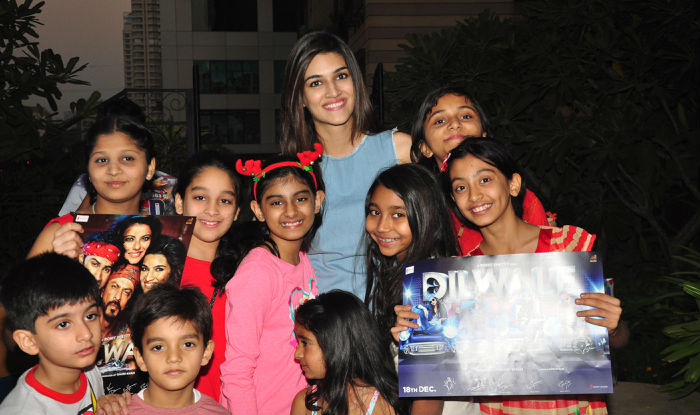 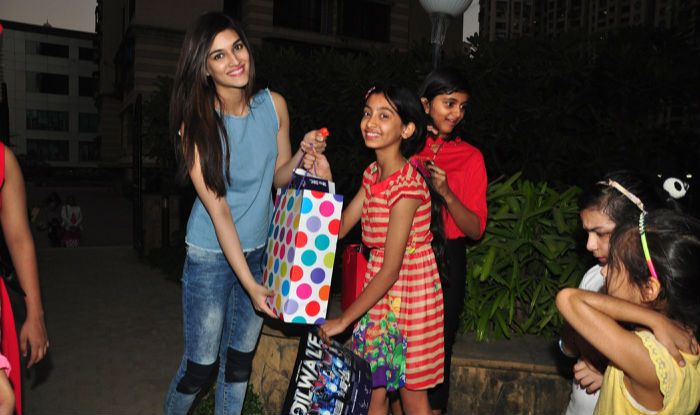 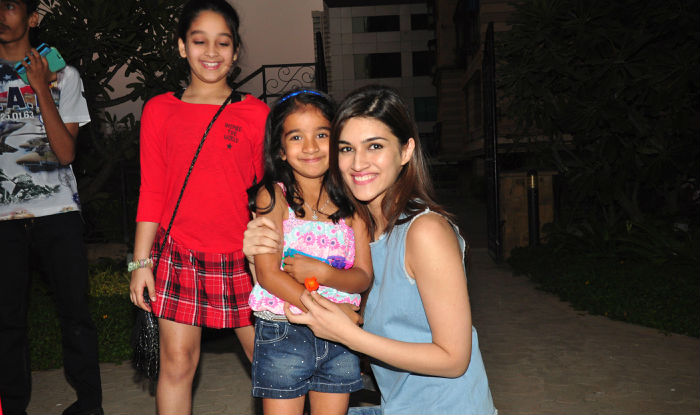 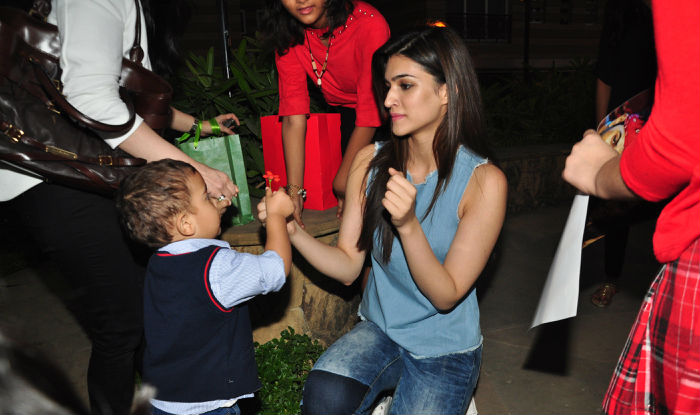 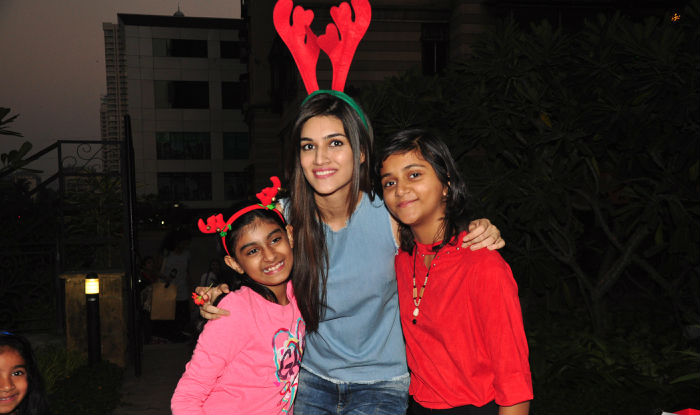 It was a surprise treat to all the kids who couldn’t stop hugging the actress. It seems that Kriti has won immense kids fan following in a very short span of time. The actress who hails from Delhi and is an outsider has made a strong mark in the industry. Her debut film ‘Heropanti’ garnered the actress immense appreciation from audiences as well as at the box office. (ALSO READ: Dilwale: Shah Rukh Khan, Kajol, Kriti Sanon, Rohit Shetty PVR icon for the special screening!)

Kriti was paired opposite Varun Dhawan in ‘Dilwale’ and it was indeed special for her as it starred Shah Rukh Khan and Kajol as the first lead pair. Now the actress will soon be seen opposite Sushant Singh Rajput for her next project. (ALSO READ: Christmas 2015 Lie Detertor test: Santa Claus asks kids vital questions)