Bollywood actress Disha Patani has been into headlines for her social media posts where she gives some beach-ready looks for this summer. Recently, the Baaghi 2 actress took to her Instagram and posted a picture in her story. In the picture, she is wearing a fishnet outfit paired with sports bra and jeans. The dazzling diva looks extremely stunning in the golden and green outfit, and she has yet again grabbed the eyeballs of the audience with her glamorous picture. Also Read - Bigg Boss 14: Nikki Tamboli on her journey in the show, bond with Rahul Vaidya and more [EXCLUSIVE]

Previously, the actress has been quite active on social media and was seen flaunting her curves in a sexy black meshed monokini. The 25-year-old actress has around 11.3 million followers on Instagram, and she has garnered a lot of praise for her sassy pictures from the glamorous world. Also Read - Disha Patani Wishes Rumoured Boyfriend Tiger Shroff With Silly Pics, This is How Sister Krishna Shroff Reacted

The Baaghi 2 actress definitely give us some beach-ready looks for this summer and has set the bar high with her fit body and perfect abs. Also Read - Sohail Khan Extends Support to Rakhi Sawant in a Video, Says 'Call me Directly'

Have a look at the picture 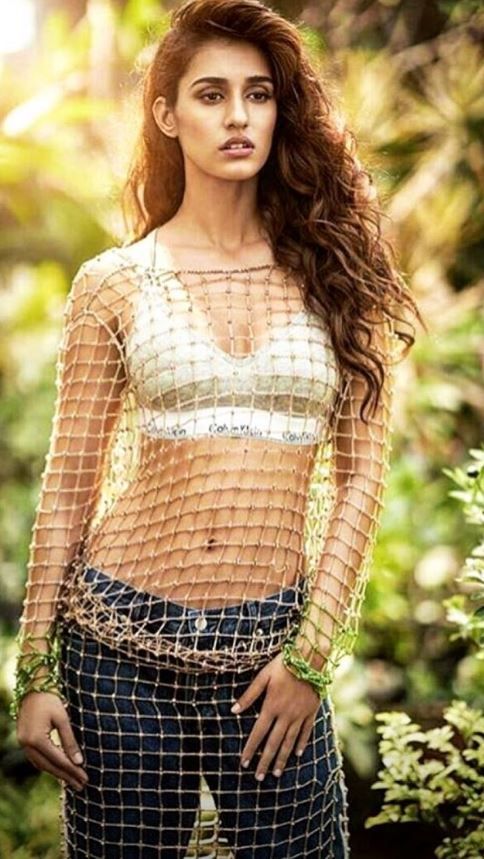 On the work front, the Baaghi 2 hottie has bagged a role in Salman Khan and Priyanka Chopra starrer  ‘Bharat’ which is slated to release on Eid 2019. Along with this, she also bagged a movie opposite Hrithik Roshan as well.

Recently, the actress was featured on Vogue magazine cover, and she opened about her fitness regime in the magazine’s edition. She said, “ I work out every day, and my routine usually involves cardio in the mornings, like dancing, kickboxing or gymnastics, and weight training in the evenings. I supplement that with a protein-carbs diet.”