Sandhya refuses to give in despite repeated attempts made by Bhabho to get her bahu to come home. Sandhya is hurt because she believes the words Sooraj said when he dropped her off at the police q 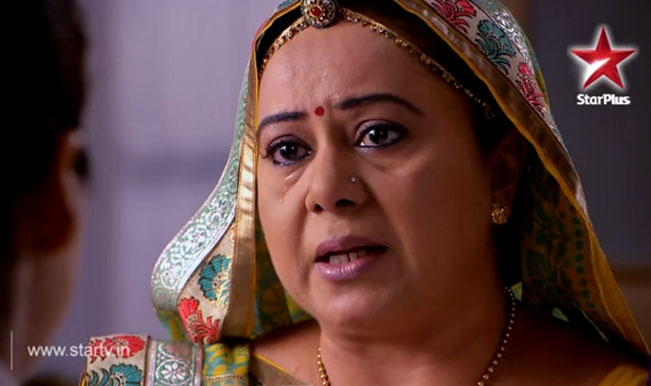 Sandhya refuses to give in despite repeated attempts made by Bhabho to get her bahu to come home. Sandhya is hurt because she believes the words Sooraj said when he dropped her off at the police quarters. Sandhya is caught between her respect for Bhabho and her own understanding of the situation according to her husband’s allegations. Also Read - Deepika Singh's Mother Tests Positive For COVID-19, Diya Aur Baati Hum Actor Seeks CM Arvind Kejriwal's Help

Babasa and the family are concerned about Bhabho who had gone to the police station despite her weakness from the bullet wound. Bhabho is upset that she failed to bring her bahu back home. Bhabho understands that if a woman’s self-esteem is hurt then she has to analyze the situation all over again. Sandhya’s brother and his wife declare that Sandhya’s brother has got a promotion and that he choose to move to Rajasthan when he was given the option. Also Read - Diya Aur Baati Hum Actress Prachi Tehlan To Star Opposite Mammootty In Mamankam

Babasa takes the side of Bhabho in her health and blames Sandhya for putting her life at risk. Sandhya’s niece says that she wants to feed sweets to Sandhya bua like her Sooraj phupha feeds sweets made by him. Sandhya starts crying thinking about Sooraj and their estranged relationship due to her duty for the country.

Chaturi leaves the house saying that she has to return to her native place. The family members question why she is leaving all of a sudden without any reason. She confesses that she is leaving their house because Sooraj and Sandhya had been ousted from it. Sooraj is still living under the same roof but without Sandhya. Sooraj and Sandhya are like Hindu Gods, Ram and Sita. For them to stay away feels unnatural and she can’t stay in that house anymore. She says that she will return when Sandhya and Sooraj are both living under the same roof in the Rathi house and leaves the house sobbing.

Meena is conniving about a new plot and also about the nine lakh rupees debt that hangs on their neck. She asks her husband to talk to Sooraj about the debt that he took for Bhabho’s treatment after she got shot in the kidney during the climax of the hijack drama. She sees Sandhya’s elder brother and his wife walking towards the Rathi house and thinks that Sandhya has asked them to mend the strained relations between Sooraj and herself. Will Sandhya’s brother be able to mend the burnt bridge between Sandhya and Sooraj or will he be met with biased thoughts from Sooraj and the Rathi family?