Diya Aur Baati Hum: Can Sooraj and Sandhya’s marriage be saved at all?

Sooraj is seen to take a tough stand against Sandhya but for the safety and security of his own family. Sandhya’s brother accuses Sooraj of being selfish in terming Sandhya as an outsider when h 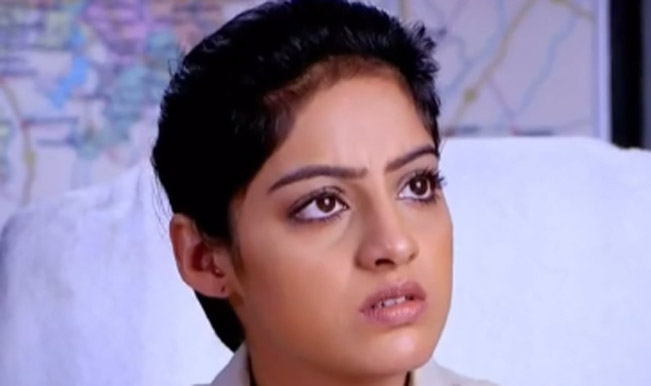 Sooraj is seen to take a tough stand against Sandhya but for the safety and security of his own family. Sandhya’s brother accuses Sooraj of being selfish in terming Sandhya as an outsider when he talks about the security of his family. Babasa stands with Sooraj and says that Sooraj has taken a right stand and it is his own prerogative to choose what is best for himself and his family. Ankita, Sandhya’s bhabhi, pleads to Bhabho that being uprooted from her family is the worst punishment for a married woman when Vikram says that Bhabho is getting punished here after she lost a kidney because of the hijacking situation which was escalated due to Sandhya’s heroics. Also Read - Deepika Singh's Mother Tests Positive For COVID-19, Diya Aur Baati Hum Actor Seeks CM Arvind Kejriwal's Help

Meenakshi interjects by saying that Bhabho is recovering now but they had to spend nine lakh rupees for her treatment. She could have also dided when Sooraj raises his voice to stop Meenakshi from babbling on. Sooraj stops Ankur, Sandhya’s brother, from trying to insult their family by saying that he could have given Bhabho better treatment and paid for her medical expenses if that is the root cause of throwing Sandhya out. Also Read - Diya Aur Baati Hum Actress Prachi Tehlan To Star Opposite Mammootty In Mamankam

Ankur says that Sandhya has a bright future and she has a life other than be Sooraj’s wife and the bahu of the Rathi family. He says that he is breaking all relations that bind Sandhya to the Rathi family. Ankur goes on to say that their house is not worth Sandhya. He asks Ankita to come along with his as they leave their house which was their biggest mistake.

Vikram is discussing that Ankur is their relative but that doesn’t mean that he can say anything. He was boasting about his power and money as if they are homeless beggars. Meenakshi;s mind is stuck on the nine lakh rupees that Vikram has to cough up because the responsibility of the house is on the second son now.

Babasa and Bhabho are discussing how Sandhya has seen Sooraj’s love and sacrifice but now she sees Sooraj’s rage. Bhabho says that Sooraj and Sandhya’s relationship will blossom once again and it is not the end like Babasa says. She prays to God that his son finds peace and that his life gets back on the right track.

Sooraj and Vikram go to the government office to get the medical reimbursement cheque of nine lakh rupees for Bhabho’s treatment. The government official seems to be offended that he is offered only sweets from their shop for him to pass the file. He asks for a bribe of 10 per cent of the nine lakh rupees cheque which is Rs 90,000 for them to get the money in a week. He insults Sooraj and Vikram that without giving the bribe, they can only dream of the money. Sooraj storms out of the government office but Vikram tries to convince him that they will still get over eight lakh rupees for all their troubles.

Vikram suggests that the matter be resolved today itself. Sooraj agrees and says that he will solve it promising to call Vikram later. Zakir is seen trying to convince Sandhya that she needs to solve the struggle going on in her life to be able to function effectively for the country. Sooraj enters her office a few moments later. Will Sooraj be able to solve the problem with Sandhya’s help or will it just push them further apart?