Will Sooraj and Sandhya become parents in 5 years are do they have more excuses to give Bhabho? 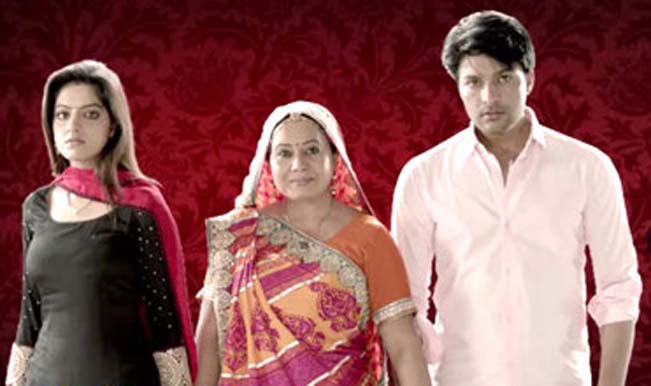 Bhabho has been pestering Sooraj and Sandhya to become parents now but in Sandhya’s current situation with a big wound due to her anonymous kidney donation for Bhabho she cannot consummate the marriage and fulfill Bhabho’s demands. We can understand Bhabho’s demand because sooner or later, parents of the bride and groom demand grandchildren so there is no surprise there. Sooraj knows about the kidney scar and her recovery but Bhabho is unaware of it and the news of a few expected new members of the family is not helping Sooraj and Sandhya’s case. Also Read - Deepika Singh's Mother Admitted to Hospital For COVID-19 Treatment, Actor Thanks Delhi Government

I is unclear why they have not had their suhaagraat as of yet. Though, as of late Sandhya has been giving more than subtle hints at dropping the Sooraj ji and Sandhya ji banter as they rut like a couple of pigs in the sack. Sooraj and Sandhya’s back story from school may not have been shown but they must have been the obedient children of the family, a role which they are still playing but does that mean they they don’t have raging hormones? What is up with Sooraj’s abstinence from an ordained relationship? Also Read - Deepika Singh's Mother Tests Positive For COVID-19, Diya Aur Baati Hum Actor Seeks CM Arvind Kejriwal's Help

It is odd to think of a couple who talks to each other like they are talking to their parents to have a physical connection. Having respect for your partner is one thing but Sooraj and Sandhya seem to be more sanskaari than Alok Nath ever was.

The five year jump may settle the case from Sandhya’s side at least with her wound healing in five years even by daily soap speeds but the question remains, is Sooraj impotent which is why he chooses to avoid going all the way with his own wife. He has not shown tendencies of being attracted to other men but there is something that is beyond the realm of logic even by Diya Aur Baati Hum standards.