Diya Aur Baati Hum: Will Sooraj and Sandhya get reunited?

Will Sooraj and Sandhya be able to regain their trust and continue along life’s path as soulmates? 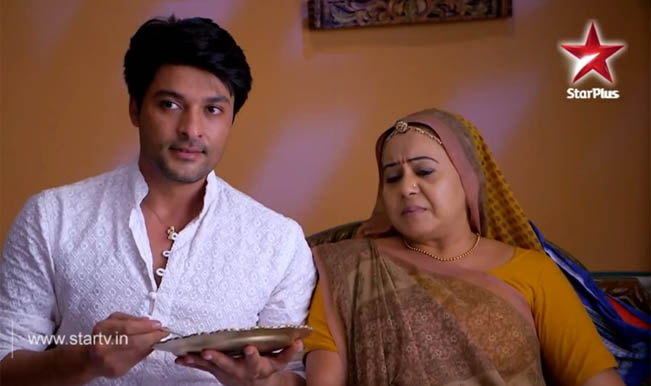 Sandhya is heard talking on the radio where she expresses her feelings about her marriage which seems to be in tatters now. Sooraj can listen to Sandhya’s voice wherever he goes, he left his shop under the pretext of delivering some sweets but everywhere in the market place, Sandhya’s voice seems to echo. The radio jockey asks Sandhya is she wants to pass a message to her estranged husband. Also Read - Deepika Singh's Mother Tests Positive For COVID-19, Diya Aur Baati Hum Actor Seeks CM Arvind Kejriwal's Help

Sandhya quotes Sooraj’s example that they are like the two riverbanks who can never meet but Sandhya says that the river that flows between the riverbanks is full of their love. The radio jockey suggests that Sooraj pick up the phone and call her wife who loves him a lot. Sooraj takes his phone out to call Sandhya but he hesitates as Sandhya keeps checking her phone while she waits in her police quarters thinking if Sooraj will call her or not. Also Read - Diya Aur Baati Hum Actress Prachi Tehlan To Star Opposite Mammootty In Mamankam

Meenu aka Meenakshi discusses with her husband, Vikram, that there could be another woman who could have led to Sooraj and Sandhya’s marriage. A man walks up to Vikram asking him when his nine lakh rupees would be returned. Vikram manages to tell him that he will call him once the amount is arranged.

Sooraj is convinced by Sandhya’s colleague to give Sandhya a call and Sooraj calls her. Sandhya is ecstatic when she receives Sooraj’s call. Sooraj arranges for them to meet in a park in the evening and cuts the call. Sandhya is happier than she had imagined making progress towards repairing their suddenly strained relationship. Sandhya dresses up to meet Sooraj in the park when she gets a calls from Zakir and she keeps the phone in a hurry after telling him that she will soon leave the police quarters.

Sooraj tells Bhabho and Babasa that he is going to meet Sandhya and leaves. Bhabho tells Babasa that of all their children, the bond that Sooraj and Sandhya share is the strongest. Bhabho remembers Thakurji and requests him to let all the misunderstandings be washed away today. Will Sooraj and Sandhya be able to regain their trust and continue along life’s path as soulmates?