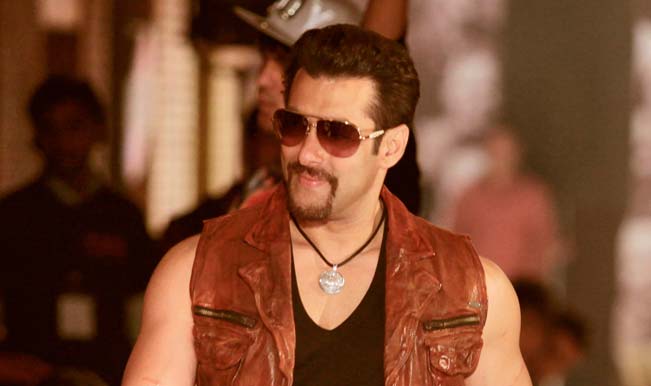 Thanks to the song Jumme ki raat from Kick, the megastar has got a brand new moniker from his female fans! Also Read - Salman Khan's Lawyer Denies Actor Having Stake in KWAN Management Agency, Calls Media Reports 'False'

For the first time ever, Salman Khan had only his female fans invited to be a part of his first song launch of Kick.The song Jumme Ki Raat featuring the star Khan and Jacqueline Fernandes which was launched recently is a peppy romantic track. Also Read - Bigg Boss 14 New Promos: Sidharth Shukla, Hina Khan And Gauahar Khan Say #AbScenePaltega

So while the song was being launched, 80 – 100 girls got a chance to watch the song with him. At the event, the girls refused to address him anything else other than Salman and pleased him by calling him Jaan.

People close to Salman know it very well that Salman doesn’t like being called a bhai by everyone.

The girls in the auditorium could not stop calling out to him and kept yelling Sallu, Salman your’e the best, you are not our bhai, you are our jaan and you are the cutest.

While we see a majority of the boys thronging the Star Khan’s events usually, this time around it was a sweet gesture of having only girls that made them feel extremely special by Salman Khan.

Kick, which was the directorial debut of long time producer Sajid Nadiadwala is slated to release this Eid.