Her co-star being Armaan Jain - the grandson of late actor-filmmaker Raj Kapoor - she feels secure. 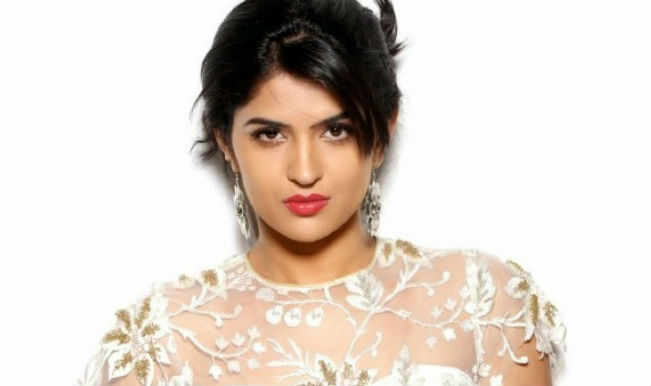 Also Read - Femina Miss India 2020 Manasa Varanasi is a Big Fan of Priyanka Chopra, And Other Interesting Facts to Know!

Deeksha made her acting debut in the Telugu drama film “Vedam” in 2010 and went on to feature in quite a few Tamil and Telugu movies like “Rajapattai” and “Wanted”. Also Read - Rajiv Kapoor Death: Randhir Kapoor Spotted at Hospital, Kareena Kapoor Khan, Karisma Kapoor Head To Pay Last Tribute

“I don’t feel overshadowed at all because it’s not like I got to know he is a Kapoor now. If in the movie, I didn’t have a good role then definitely I would’ve been insecure. When you see the movie you’ll see there is a fair division between my and Armaan’s work,” Deeksha told IANS in a telephonic interview from Mumbai.

Armaan is also the cousin of actors Ranbir, Kareena and Karisma. Deeksha feels that it is obvious for people to be curious about a star kid.

“I feel it’s normal to have curiosity about someone who comes from a film family. Everyone wants to know what’s happening,” she added.

Co-produced by Eros International and Illuminati Films, the film is directed by Arif Ali.

The former Miss India contestant is also excited about delivering dialogues in Hindi.

“I look at it as my debut because I am working in my mother tongue. The language has made me more confident rather than my prior experience,” said the actress.

Deeksha, who has already signed a two-movie deal with Saif Ali Khan’s Illuminati Films, is also willing to take up television assignments.

“TV is also okay. TV has some really interesting stuff nowadays… But I am not made for daily soaps. I can’t do the same character for years,” she said.